VEEP'S Script Coordinator Talks Comedy: The 7 Most Important Things I Learned From the Writers of TV’s Best Comedy

Posted 4 years ago by Jonathan Stahl 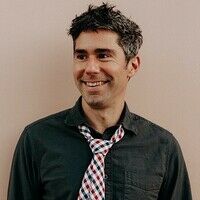 If you know what to look for, there’s a lesson to be gained from every place you work, every endeavor you pursue, and every person who crosses your path. I’ll be the first to admit: I’m not yet a highly-paid showrunner or award-winning filmmaker, but I do have experience. In my 10+ years in the industry, I have amassed a network of individuals who have my back, a breadth of experience that keeps things interesting, and most importantly, a deep well of knowledge that serves both my creative goals and my career trajectory.

So when I got the call that I would be working as a Script Coordinator alongside the writers of my favorite show on TV - HBO’s Emmy-winning comedy series Veep - I leapt at the chance to get a paid education in writing TV comedy from the best writers in the biz. Also, having previously worked in the writers’ office for a kids’ show at Nickelodeon, I figured it would be a great opportunity to swear with impunity. It sure as fuck was.

In some particular order, I’ve laid out some of the most important lessons I’ve absorbed from working on this show for its final two seasons. Relevant gifs provided for context.

1) Surprise Your Audience
Comedy relies heavily on the element of surprise. If the audience knows exactly where a joke is headed, they’re not gonna laugh at it, no matter how well it’s told. A comedy writer delivers a joke to the audience, while a good comedy writer blindsides them with it. E.g.:

Veep has always been at the forefront of innovative comedy. The jokes are fast and hard-hitting, sure. But they’re also unique in ways the audience doesn’t expect. Not just in the substance of the comedy, but also the structure of the joke itself. The writers don’t just think of new jokes, they think of new ways to tell a joke, and that’s exactly what makes the comedy so laugh-out-loud funny. Just when you think you’ve figured out the pattern, where the next laugh will come from, Selina walks thru a glass wall.

Of course, it’s easier said than done to just invent a new kind of joke people haven’t heard before, but it becomes simpler if you...

2) Bring Your Personal Experience Into It
From a comedy standpoint, no one out-Veeps Veep. The stories are original and compelling, the characters are developed to a fine point, and the insults are demented and unique, bordering on bleeding edge.

The ability to create on this level is not intrinsic. It is learned. From upbringing, from relationships with others, from personal and professional experience. They travel, volunteer, attend events, meet new people, all the fun stuff that well-paid TV writers should be doing.

And from all these experiences, they’ve gained compelling stories, they’ve achieved new perspective, they’ve witnessed the absurd and hilarious and heartbreaking and confounding. And then, they take these things and run them through a finely tuned joke and story-generating machine that they’ve been building inside their brain for their entire career. What comes out the other end is hilarious and engaging TV. And the only byproducts are the usual neuroses that afflict TV writers and the therapy required to address them.

There’s a reason our show is often referred to as the most accurate depiction of politics in America. Before a single script is written, the writers have already brought their own experiences and perspectives to the table.

And this is evident not just in what they pitch, but in how they pitch as well, the importance of which becomes obvious when you realize that...

But the one thing I didn’t realize until working at Veep was that pitches are stories too. Start with a setup; The context of the pitch, an anecdote or real life encounter with someone or something.

(Really) Bad example: On my first day of work on a job a few years ago, I exited my house to see someone had hit my parked car and left a big dent in the side. I was pretty upset and it threw me off my game, which sucked. Then, tie that encounter to the character in a meaningful way: Could that happen to Character X on the morning she plans on asking her boss for a raise? Finally, a conclusion or punchline that ties the pitch up: Then it turns out: It was her boss who hit her car in the first place. This particular example is contrived and mundane and all kinds of stupid, but by tying it to a real-life, personal story, it gives the pitch weight. By the way, that never actually happened to me, but that doesn’t really matter, does it?

From my experience on Veep, a pitch is more likely to be rejected out of hand if it’s abstract, untethered, generic. But if a writer makes the pitch itself a story (preferably something personal to the writer), they’re better positioning themselves to be well-received.

But what surprised me the most was just how quickly the writers of Veep are able to formulate this kind of pitch. Which is why I learned very soon after starting...

4) Speed Isn’t Everything, But...
A good pitch is always more appreciated than a bad pitch delivered quickly, but, often in television, a last-second, game-winning layup beats a three-pointer after the buzzer. If you don’t know what any of that means, don’t worry. Neither do I.

With a show like Veep where the jokes come hard and fast, if you want to be a writer on the show, you have to be able to keep up. And with tight deadlines and a fast-paced schedule, writers are rarely afforded the luxury of a leisurely week in the Hamptons to do punchup and practice their sailing technique or golf swing, or whatever it is wealthy people do in the Hamptons.

While Veep strives to be about quality over quantity, when you’re on the stage and a joke is falling flat in the scene you’re shooting and you only have 2-3 minutes to come up with something better, being able to think of a quick, funny alt can be the difference between a good scene and a great scene. After all, a two-run single in the bottom of the 9th is a whole lot better than a homerun in batting practice. Right? I’m actually asking, because I have no clue.

That being said, great writing isn’t just about beating your colleagues to the punch(line), because ultimately...

5) Comedy is a Team Effort
No person is an island, and even the most talented auteur can’t make a (good) movie or TV show on their own. This may seem even more obvious than that previous statement written by the fish-slug, but it bears repeating: In this business, you can’t make good stuff on your own. And if you genuinely disagree with this statement, then please go strand yourself somewhere. Seriously. You’re the worst and planet earth doesn’t want you here.

Being on Veep has taught me the importance of teamwork in the creative process. So because my wrists are tired from typing a bunch, here are some bullet points:

I’ll be honest with you: I have never made any mistakes in my career since I’m perfect, and so I can’t personally speak to what will happen if you break any of these rules. But let’s just assume that it’s not a promotion and praise and a bunch of money.

That said, you can’t play it safe all the time, nor should you. In fact, if you want to make it in this business, it’s imperative that you...

6) Take Risks
It takes guts to share personal stories or pitch jokes that might fall flat on their asses. And it’s particularly anxiety-inducing to do so in a room full of professional writers, some of whom have been doing it for three decades. But if there’s one thing I’ve learned about pitching in the Veep writers’ room, it’s that no one is perfect. Every day, at least one of our writers will pitch a joke that lands with an audible “thud.” Anyone who has done the same knows how disparaging it can be when your pitch gets batted down or falls on its ass.

But not even the Veep writers bat a thousand (which I believe means 100%, which is just confusing). What separates the professionals from everyone else is what they do after their pitch dies a horrible, horrible death. They keep going. The best writers are the best writers precisely because they recover and continue putting themselves out there. It’s how they got to where they are now.

This goes doubly for young writers who are just getting started in their careers. You have to take risks to move forward. I hate to break it to the wallflowers out there, but if you want to pursue a career that doesn’t require risk-taking, go and get a law degree.

Otherwise, ask to be considered for jobs you haven’t done before. Put your material in front of writers you know. Pitch stuff in the room. Hell, pitch stuff outside of the room, to family, friends, anyone who will listen. Who knows? You might be great. You might also suck really bad. But the only way to find out is to go out on a limb. To trust that even if you’re not perfect, you are capable of great things. Chances are, you’re not, but that’s just the nature of the bell curve.

As for the most important lesson I’ve learned:

7) Keep Learning
What was I saying? Oh yeah. Learning is great, the more you know, all that shit.

Keep your ears and eyes open. Working in a professional setting like Veep isn’t just a great opportunity to prove yourself and move forward; it’s also a unique opportunity to learn from the best minds in the business. They have a lot to offer. Listen to their advice, observe how they work and figure out your own path forward. And have fun. This is the greatest business in the world.

Jon Stahl has a webinar coming up in September right here on Stage 32, so keep your eyes peeled! Jon has worked in film and television for over a decade. He’s been a Script Coordinator in high-profile TV writers’ rooms for NBC, Nickelodeon, and presently, at HBO’s Veep, where he works alongside some of the best writers in television comedy.

Jon began his career in production, working on projects like Young Adult, The Big C, and Maron. In 2013, he produced Season 1 of the Emmy-nominated series Eastsiders, before getting his first writers’ room job on the NBC network sitcom Mr. Robinson. 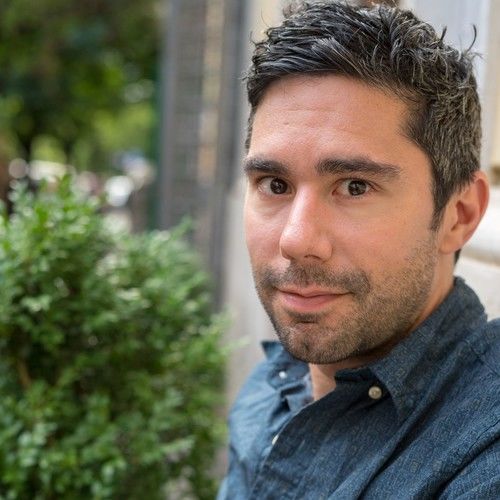 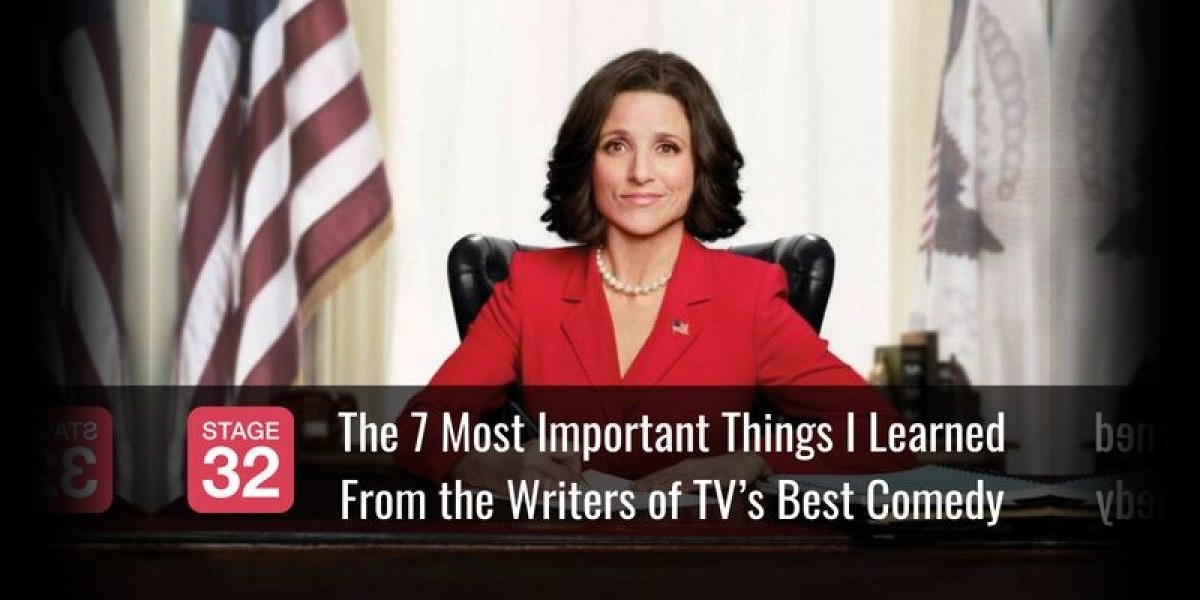