The ABC's of Getting an Agent

Posted 9 years ago by Beverly Leech 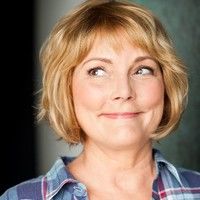 Today, one of our most popular guest bloggers, actress, friend, and Stage 32 member, Beverly Leech, returns to tackle a subject near and dear to any creative's heart.

The most frequent question asked of me is, "How do I get an agent?" My Plan A and the one I consider the strongest approach is to mail well-thought out, and attractive hardcopy packages that appeal directly to the needs of the agency (commercial or theatrical). All packages will include a picture, resume, cover letter and access to a performance reel. I spend a great deal of time on this in my business of acting class, and devoted an entire chapter plus additional segments in other chapters, to this very thing in my Professional Guide to the Business of Acting. There is so much preparation in finding an agent, and all of it must be done well - from finding the right sized agency, the right person's name to the right division, the right headshot, a clean resume, and composing the ever-dreaded cover letter. I see the astonishment in the eyes of my actors, and feel their hearts drop. They had no idea it would be so time consuming. But it is. And, if you plan ahead, roll up your sleeves, and put in the time to do it right, you'll open doors, the right doors. The majority of new actors, however, are reluctant to face the task at hand, and look for the easier, softer way.

Many Actors believe the easier Plan B is to email their materials instead of sending hardcopy. Technically, they're right, it's faster. But, then there's the whole dilemma of an email list - there isn't one. There are charlatans out there who, for a mere $300, will give you their "secret" to getting the list. Or, you can stop getting scammed and get it yourself - just buy the agency book for ten bucks at Sam French; or, join IMDb Pro for a third of the cost and look up each agent individually. These 2 methods still involve time and man hours on your part, only to divulge a lot of "info@ agency" addresses which receive a tidal wave of submissions. The odds are, they're not opened and rarely considered - it's just too much information with only so many man hours in a work day for that assistant. Any direct emails to an agent most assuredly falls in their spam box. An actor can waste weeks waiting for a response that will never come, and time is a precious commodity.

Plan C to avoiding the work is attending the agency showcase. Actors believe they can be discovered and signed through an agency showcase. It happens from time to time, but the odds are not in your favor. My opinion is that agency showcases can be a road, but more useful as a supplemental and secondary effort to the hardcopy packages. For those of you unfamiliar with the agency showcase: all showcases generally require the actor to have a monologue or scene prepared to perform; they're given notes and adjustments afterwards by agents; and, the whole session is followed by a Q&A. Agency Showcases should be vetted first to make sure they're legitimate. You can do that in California at http://www.dir.ca.gov/dlse/DLSE-Databases.htm and click on "Fee Related Talent Service."

There is also a whirl of conflicting information that an actor, particularly a new actor, is asked to dance through - knowing who's right and who's wrong can really put your panties in a twist when everyone seems to be an expert on the matter. Here's an anecdote from a former student who attended an agency showcase that best describes this problem: When asked about hardcopy submissions, an agent from a huge agency sneered, "That's so old school. We NEVER take hardcopy, we ONLY look at email submissions." When asked for his email, he declined to give it. Classic Hollywood runaround. Then again, he was from one of the biggest international agencies out there, so of course he wasn't going to give it out. Unless you've got a huge resume and pulling down $250K+ in loose change, they're not interested. Don't waste your time submitting to the biggies, they'll find YOU, not the other way around. This little story came from a former student that took my business of acting class, the same one I'd taken great pains to show how to properly build a hardcopy package. She went for Plan C instead and was so confused by this experience. I don't blame her. I say "do this," the other guy steps on it. Who do you believe? Well, there's nothing like writing a book about it for the universe to test it.

I very recently went through an agency upheaval, and found myself without commercial rep. So, I took my own advice. I thoroughly researched agencies, chose 12 - 15 that were the right size for my stage of career. I paid close attention to their preferences stated in the books and on their websites, then sent hardcopy when requested (about 98%) and email when requested (about 2%). This whole process took about a week and a half to research, and another week to assemble. I got immediate response from the hardcopy, and not a whistle from the emails. Why? Because I made the time to research the right agent. Because I paid attention and read the fine print. Because they're human beings with all 5 senses - they see me, touch the picture, read an intelligent letter written with brevity and wit, then let their god given instincts tell them which way to go. Responding viscerally is immediate and more powerful than the emotional detachment of an email. I submitted to twelve agencies, I was called in to six. In every single meeting, they said they were "so happy to get real materials, so relieved it wasn't an email." I was signed to a new agent in a month.

And that former student? And after two years, she still hasn't sent out packages, only 'shortcuts' through showcases and emails because the 'old school' takes too much time.

Beverly Leech, is a 30+ year acting professional of stage, film, and television. She studied with the late, great Stella Adler, and her film and television credits include series regular, recurring and guest star roles on Rizzoli & Isles, Criminal Minds, Mad Men, Six Feet Under, Judging Amy, LAX, Mathnet, and many national and international commercials including Jenny Craig, Soft Sense, AT&T, and Diet Coke. Her stage credits include Broadway, as Alaura Kingsley in City of Angels, Denver Center Theatre Company, as Sarah Bernhardt in Ladies of the Camellias, Cabrillo Music Theatre as Miss Hannigan in Annie, and at the Los Angeles Theatre Center as Trudy in Club Termina.

Prior to acting, Beverly worked professionally as a dancer, trained with the Houston Ballet Company, and studied under mdern dance companies including Bella Lewitsky, Martha Graham, Merce Cunningham, and Jose Limon. She has been teaching professional actors since 2000 at academies including The Stella Adler Studio, The American Academy of Dramatic Arts, and South Coast Repertory, along with offering private instruction through her company Actor Muscle. Beverly Leech is a current member of The Actors Gym, a professional writers and actors lab run by Academy Award winner Bobby Moresco. She holds a Bachelor of Fine Arts from Florida State University and is a member of the Association for Theater in Higher Education.

Beverly has also written a book covering the craft and business of acting: ACTOR MUSCLE: CRAFT, GRIT, WIT: A Professional Guide to the Business of Acting. She has also recorded a guide highlighting the auditioning process - ACTOR MUSCLE: Nuts and Bolts to Audition Technique. Both are available through Amazon. You can also visit her website at actormuscle.com.