Posted 1 week ago by Adrian Karimi 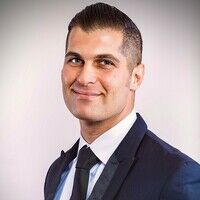 No Experience? No Problem!

So you have a great movie idea and want to write a screenplay. Awesome! But you know nothing about screenwriting, or where to even start. What do you do when you have no experience and don’t know what to do?

Well here’s the good news: anyone can be a screenwriter! All you need is a story to write, and the patience to learn the craft of screenwriting. Don’t believe me? Take a quick look at James Cameron. He was a truck driver, and read books about writing screenplays in his spare time. Another example is Sylvester Stallone, who wrote “Rocky” in two days after watching a boxing match. The rest, as they say, is history.

Luckily, there are many (free) resources for you to learn how to write your first story, several of which you can find right here on Stage 32’s website. In this blog I will share the “Do’s and Don’ts” I learned in my journey writing my first screenplay. When I wanted to write my first screenplay, I knew nothing. Although I had a Doctorate degree and understood the basics of writing, I knew writing a screenplay is a different skill and must be learned. I searched the Internet endlessly, learning about how to write in the proper screenplay format. I also learned that in order to write a good story, it needed to have certain elements every good story has: conflicts and obstacles. So there were two things I had to learn simultaneously: the proper format of screenwriting and screenwriting story structure.

This brings me to our first “Do.” Do take time to learn how to write a screenplay and how to structure your story. This will save you time in writing your screenplay and providing the foundation to a strong story. A great source to learn about both is searching all Stage 32 has to offer in classes, webinars, and other blogs. Here are also a few books that will really get you a head start in learning how to write your story: These are some of the books out there that will help you gain the knowledge you need to write a structured screenplay. With this, I will share our first “Don’t.” Don’t rush to writing your screenplay. Take time in understanding what your story is about. Write out a “beat sheet” for your story.

Think about who the characters are, and why they are that way. Think about why other people would want to watch (or read) your story, and how you would keep their interest from start to finish. And lastly, think about why you want to write this story. Why does it matter to you?

I made the mistake of rushing my first screenplay after learning the very basic elements of screenplay formatting and forming a skeleton outline of a story. I went straight to the computer and started typing. I quickly became overwhelmed and frustrated. “What do I write next?” “Do I need to write out this action line?” “How much dialogue do I need in this?” “How do I use a slug line?”

These are all questions that I asked myself, and I did not have the answers. I realized that I needed to learn more about the process. Reading these books was a good start about finding the answers and learning more about the writing process. Learn From the Pros

Besides reading books about writing, learning from scripts that have been turned into feature films is also a great way to learn. Not only to see how the writing on the paper is transformed onto the screen, but to also see how to write certain scenes you may have difficulty describing in your script.

You can search online for many screenplays of feature films (for free) and read the entire script. Many award-nominated screenplays are available right here on the Stage 32 Blog. Best way to learn is to look at the script while watching the movie, to understand how the words are translated onto the screen. For example, my first screenplay “One Last Shot” is about the lead character finding his way back into professional hockey after walking away from the sport altogether.

Although I knew hockey, I didn’t know it well enough to describe it in succinct actions lines within a screenplay. So to learn about how action lines are used and interpreted on film, I read several scripts in the genre including “Rocky,” “Creed,” “Any Given Sunday,” “Miracle,” and you guessed it, “The Mighty Ducks.” Reading all these scripts while watching the movie on the screen gave me a better understanding of what matters, and what doesn’t matter. Knowing this difference is half the battle in writing your script.

This leads us to our second “Do.” Do your research on the genre/topic of your screenplay. You don’t have to go out and get a rocket science degree if you’re writing a sci-fi story, but it would be smart to watch other similar movies and learn the lingo. That way, what you are writing about will have a stronger story structure and dialogue. Nothing will ruin your story more than a weak understanding of what you are writing about.

This leads me to our second “Don’t.” Don’t expect the reader/viewer to believe everything you write. Ever watch a movie and ask yourself “How is this possible?” or say, “This doesn’t seem realistic”? When that happens, it’s a telltale sign the script was too weak to make you believe in the plot logic of the story. Weaknesses in plot logic can destroy an otherwise great story. This is why researching and knowing your genre will strengthen your understanding of writing your story, and avoid writing weak plots that may have holes them the viewer will notice. You finally wrote your first draft. Congrats! Now what? No, you do not start shopping around your script to every production company in town. Here comes the hardest part about finishing your first draft: You go back to the start, and you write again. No one, and I mean no one, writes a perfect script. And definitely no one writes a perfect script on the first attempt.

You must be willing to go through your script and change, correct, and even remove portions that you put in. This is a steep learning process that can prove difficult to do on your own. Seeking feedback, either professionally or from friends, can make a big difference in improving your story. Most importantly, it will teach you what works, and what doesn’t work…not only for this story, but for all future stories you may write.

As a lawyer, I come from a legal writing background, and a majority of my time is spent writing legal arguments for Courts to read. When I was a younger attorney, I believed my writing was the best and needed little revisions after the first draft. Getting feedback on what made sense and what didn’t was difficult for me to accept. I took negative feedback personally, and refused to listen to my peers who suggested changes or edits to my arguments.

I soon learned (the hard way) this only hindered my progress into becoming a better writer, and began to open up to receiving feedback. Heck, I even embraced and actively looked out for negative feedback! After all, you learn more from your mistakes than you do from your accolades.

This leads me to my final “Do.” Do have thick skin when receiving feedback. You may think you wrote the most unique story ever made, and that it will win the Oscars for best original screenplay. And maybe it will! But there will be people who may not like your story, or may like it if it had different elements in it. The sooner you accept the fact that (1) not everyone will love your story; and (2) many readers will suggest you to change portions of your script, the better writer you will become for it. My final “Don’t” is this: Don’t take it personally. After writing “One Last Shot,” I submitted my script to several coverage services, as well as having friends in the industry read the script. I was proud of my script, finishing it on my own without any formal training. I was hoping my story would receive glowing reviews and feedback. But the truth came hard: good story, but needs a lot of work. At first, I felt hurt. I felt like I was wasting my time as a screenwriter. But I remembered not to take it personally, and to embrace the negativity. I read every negative comment, processed it, and understood how my story could be written better.

Finally, after revision after revision, and given more feedback and suggestions, I had a working script I was proud to submit to the public. Don’t get me wrong, I still actively look for feedback and make ongoing changes, but I finally had something worth reading. I took a risk and submitted “One Last Shot” to the Stage 32 Feature Drama Screenwriting Contest, and was fortunate enough to make it to the Semi-Finals (Top 54). This was not possible without embracing the negative comments and feedback, and incorporating them into strengthening the story in “One Last Shot.”

And all along the way, I learned how to become a screenwriter. Don’t be fooled, being a screenwriter is a never-ending learning process. But through trial and error of writing my script, I gained firsthand knowledge how to write and no longer could say “I know nothing.”

Writing your first screenplay is a daunting task, but achievable. With the right mindset and patience to learn, you can set yourself up to write a great first screenplay and many more screenplays afterward. If you use the simple ideas and follow the “Do’s and Don’t’s” mentioned in the article, you will be well on your way to finishing that first script. Adrian Karimi is a lawyer who has a love for creativity and a passion for helping others. He works at a law firm in Las Vegas, NV and has litigated thousands of cases in courts across the country, often representing individuals taking on bigger companies. 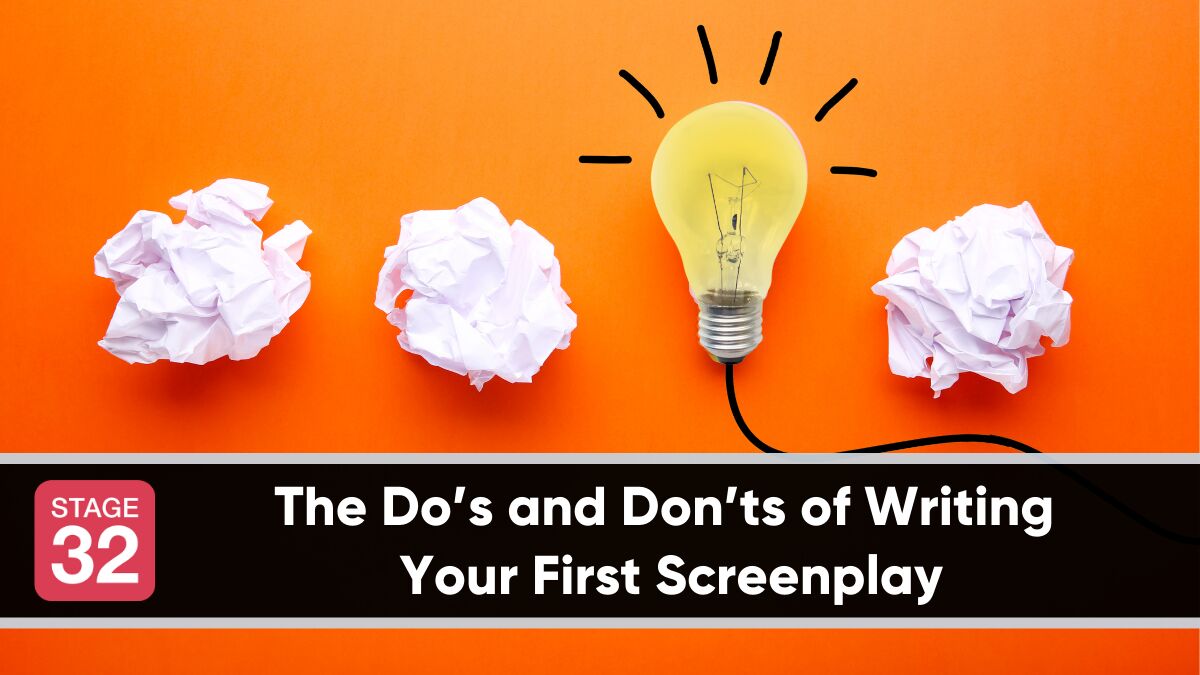