Today, David is sharing some fascinating information about the world of film production in Italy and Spain in his exclusive Stage 32 vlog. You will learn about:

At the moment, Stage 32 Screenings is accepting films that were official selections of the following festivals: SXSW, Tribeca, SeriesFest, Oxford Film Festival, Telluride MountainFilm, Vail Film Festival, and the BFI Flare: London LGBTIQ+ Film Festival. If you know of anyone who had a film selected to these festivals and were impacted by the cancellation or postponement of their live screening, please have them submit their film at www.stage32.com/screenings 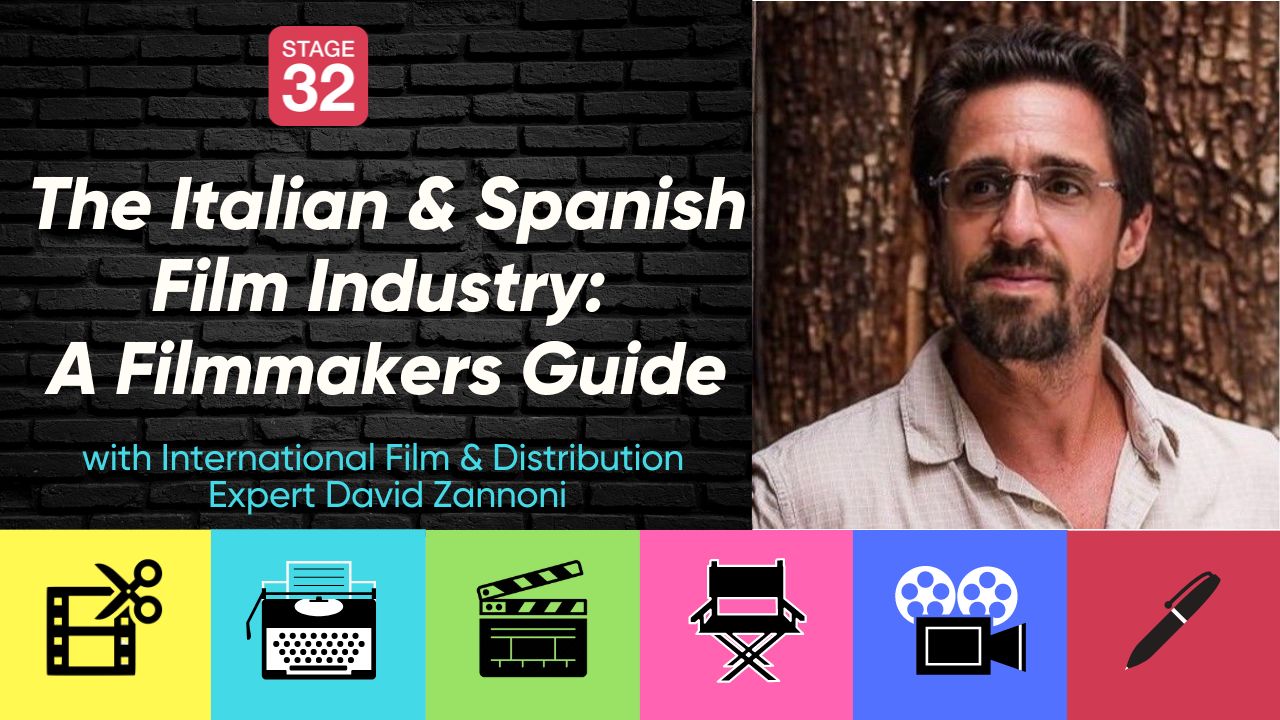