The Joy Of Collaborating and Critiques

Posted 4 years ago by Rosalind Winton

Sometimes, someone comes along who suddenly propels you into an inspirational state that you never felt before.

I am working with someone at the moment, Shibu Thomas, who has written a screenplay and he asked me if I would become script consultant and editor. I read the script and edited it for him, but the story was so intriguing and so clever, I was happy to continue to help him work on it.

Since then, he has made pitches to producers and received great feedback, he has had very good written critiques from professionals in the industry and over the months has worked tirelessly to improve the script on what he has been advised, not only that, I think this guy is super human, because whenever he gets a critique, it's like he's been injected with a boost of kryptonite or something, because within no time at all, he has happily made the improvements and I'm always amazed at the speed in which he works, if I have suggested something he likes, it's done and included straight away, if he has had to do re-writes, I receive drafts to edit quicker than you can say, "cut" , I honestly don't know how he does it.

Even the gentleman who wrote the critique was very impressed with how quickly Shibu implemented his recommendations and sent the script back. 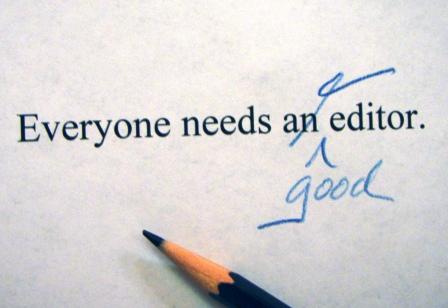 The critiques on the script are always kind and constructive and though there may be one or two things that we don't particularly agree with, the changes suggested have usually always been made.

The thing about Shibu Thomas is he never once complains, he never moans about the advice he's been given on his script, which has evolved so drastically since the very first draft, that it's like watching a child grow into an adult in double quick time, changing, evolving, becoming more focussed, more mature and becoming the script it was always meant to be.

Shibu is also happy to request a critique every now and then, so that he can make sure he is on track and that the script is being developed in the right way.

We spend hours, going through the script together on Skype (he is in the US, I am in the UK), coming up with ideas and it is so much fun. When a great idea strikes, it's like striking gold and it's such a buzz when something works really well. 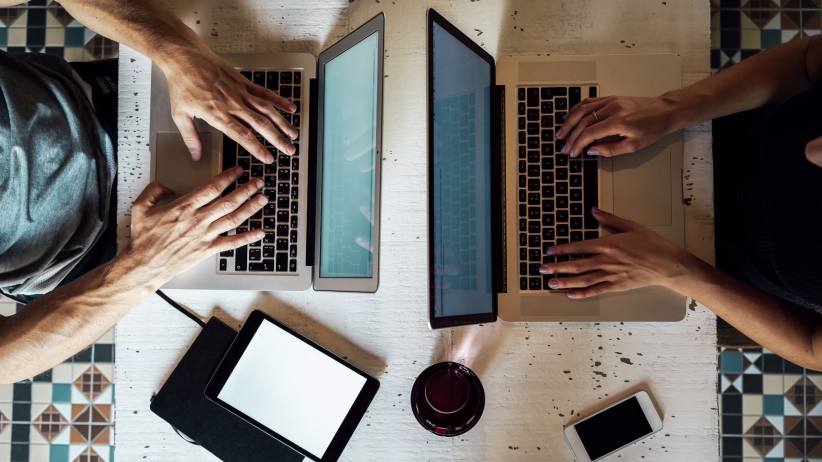 Sometimes we think something will work and on another read through realise it was the wrong thing to do and it's not going to work for one reason or another, so we take it out and congratulate ourselves on the fact that we did the right thing.

The positivity that is being poured into the working of this script is palpable, it's infectious, it's compelling and even though sometimes there are life constraints and time differences that dictate when we can get together, it is still being done in double quick time. Shibu works on it when he has time, I work on it when I have time, but the momentum we have managed to build up over the months has really worked.

I have always been a positive person, but when you meet someone who thrives on critique, you can learn a different way of implementing positivity. I have learned so much while working with Shibu. That if you really believe in something, if you love something you are working on so much, if you constantly think positively about it, if you never doubt that what you are doing is great, if you talk about your work with enthusiasm and belief to anyone who will listen and I don't mean just with writing scripts, I mean with anything you do in your life, if you believe that you are already successful, just by someone saying they like what you do, then you're made.

Through the critiques that Shibu has received on the script, I have learned so much more about how to develop a screenplay, how to format it and how to improve the dialogue, character development and how readers of the script would perceive certain things. Sometimes you can read a script over and over and over and when someone else points something out, we realise that it was something that was right there in front of us all the time, but we just didn't see it and we would have to either change it somehow or take it out, nine times out of ten, it's the right thing to do. This has helped me greatly with understanding certain things, so that I can help other writers with their scripts and be much more knowledgeable in my work.

Through it all, the integrity of the story and Shibu's vision of it has always remained the same, the twists and turns, the build up and the killer ending are still there and those are things that have not been compromised through the development of the script, but what I love about Shibu is, that he's always happy to listen and to implement the advice he is being given and the advice is usually 99% always correct, so don't dismiss getting advice on your script, it is scary and you may not always agree, but I have seen first-hand that it is always worth it and when you receive the advice, don't immediately dismiss it. It may seem like someone is tearing your ideas apart, but take time to read the critique through a few times before making rash decisions on it and think of it from the point of view of the person critiquing it. 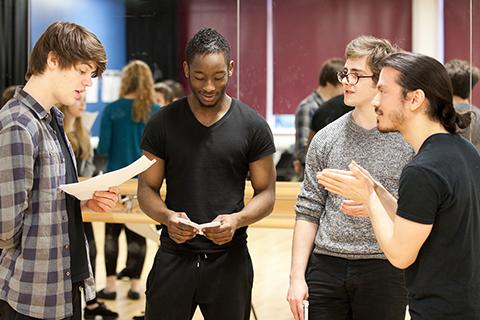 A lot of people apply for critiques, thinking the report is going to come back saying their script is the best thing they have ever read and it's film ready, but you must be prepared for the opposite to happen and to realise that their advice is for the good of the script, not to boost your ego. Remember, the people you are gaining advice from know exactly what is required in the industry and also, what the times and audiences of the day require, they know what will make your script stand out from everyone else's, they know that your very first draft will never make it to a producer's desk without improvement and it may take many, many drafts before it's ready. Instead of being disheartened by a critique, think of it as a way of getting your script one step closer to production.

Enjoy the process, enjoy the actual writing of the script and revel in it's development, it's such a joy, it's so satisfying and it could make a huge difference in it's success.

Shibu Thomas is an inspiration and a great role model to adhere to, his total commitment to his script, his work ethic and also his belief in me to advise him correctly on the editing of the script is much appreciated and I look forward to one day, not in the too distant future, seeing the script come to life on screen. 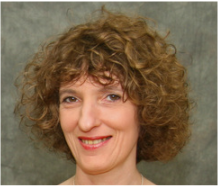 Rosalind lives in South West Hertfordshire, England and as well as being the official Editor for Stage 32, she has her own literary editing business. She began her editing career working in Central London as a Personal Assistant for various companies and came into editing while working for The International Institute For Strategic Studies from 1987-1995. Since setting up her business, she has edited everything from full length novels, novellas, children's YA and picture books, non-fiction, articles, blogs and websites and she edits screenplays and television scripts for members of Stage 32. She has edited work by authors from all over the world and has also successfully edited, produced and voice recorded a short audio story called The Bear On Lonely Lake by Daniel Buckner. She is currently producing a poetry anthology with her own poems as well as poems from five other very talented authors, the book is being illustrated at the moment and she hopes to publish it on Amazon by the end of the year.

Rosalind is also a lyricist and has been writing lyrics and songs for over 30 years. She has enjoyed lovely achievements, such as hearing her songs performed live on stage and winning Outstanding and Merit awards at various music festivals. She has a song recorded onto a piece of film and this song has also been aired on the radio. She has written lyrics for school plays, including brand new lyrics for The Wizard Of Oz for a school production. She has also written lyrics for musical theatre (yet to be staged) and also writes for solo artists and studio vocalists. One of her biggest ambitions is to write a theme song for film. You can hear some of her songs from some of her projects here :) 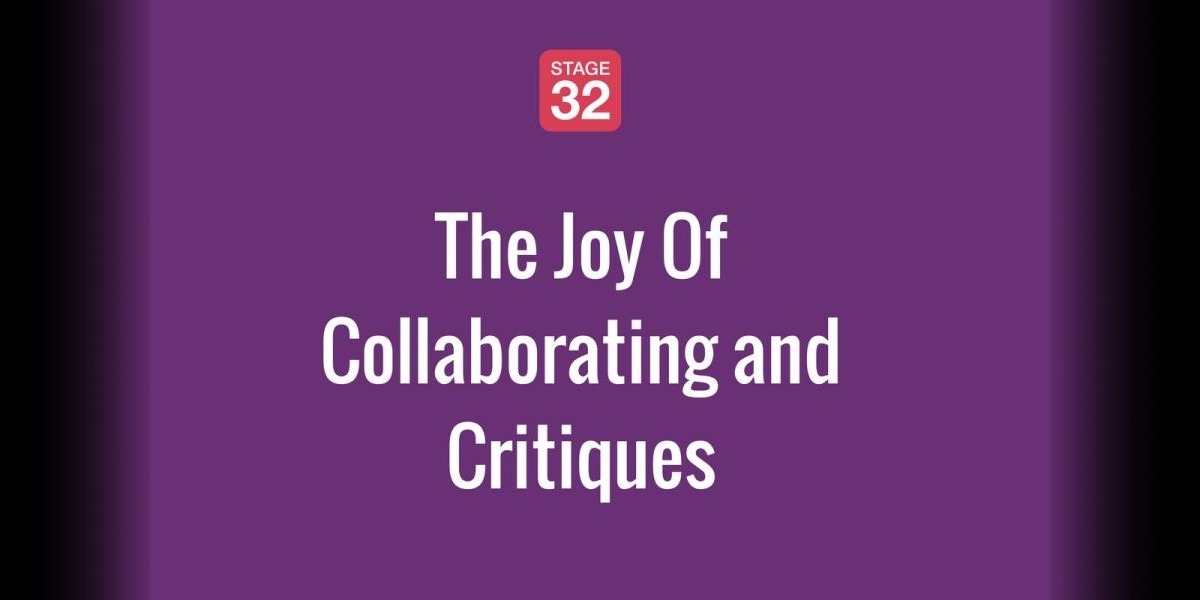