The Long and Short of It: How a Short Film Can Produce Big Results 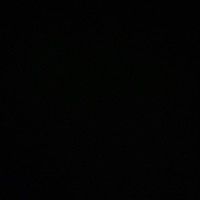 Many people at Stage 32 often dream of getting their first real writing, acting, or directing credit in a big studio feature, but this can result in overlooking a truly valuable platform: The short film.

A short film can help build your resume, get your work seen, or lead to even bigger and better opportunities. And while I never dreamt it could lead to so much, these ideas were the impetus behind my desire to make Crybaby, a 16-minute short film that I wrote, starred in, and co-directed with my brother, Gregory Van Voorhis.

Through all of production and post-production alongside some seasoned pros like my co-director, Gregory, and my dear friend and editor, Jerry Barnard, we overcame budgetary and scheduling constraints as we put together the best version of Crybaby.

Flash forward to more than 20 months after production, we were finally ready to screen our (Cry)baby! Crybaby had its world premiere at the 2018 New York City Horror Film Festival. To say it was received warmly would be a tremendous understatement. It seems the film was so popular, that festival directors Ronnie Rifkin Hein, Jennifer Hein-Inserra, and her husband John Inserra, spent the next several days holding their own informal Q&A with me because the structure of the script left the audience a lot to interpret as to the inner workings of the plot.

Through all of it, Rifkin Hein gave me one of the best compliments the movie or I ever received: "Some films," she said, "just stay with you."
And, you can bet that remark has stayed with me all this time. 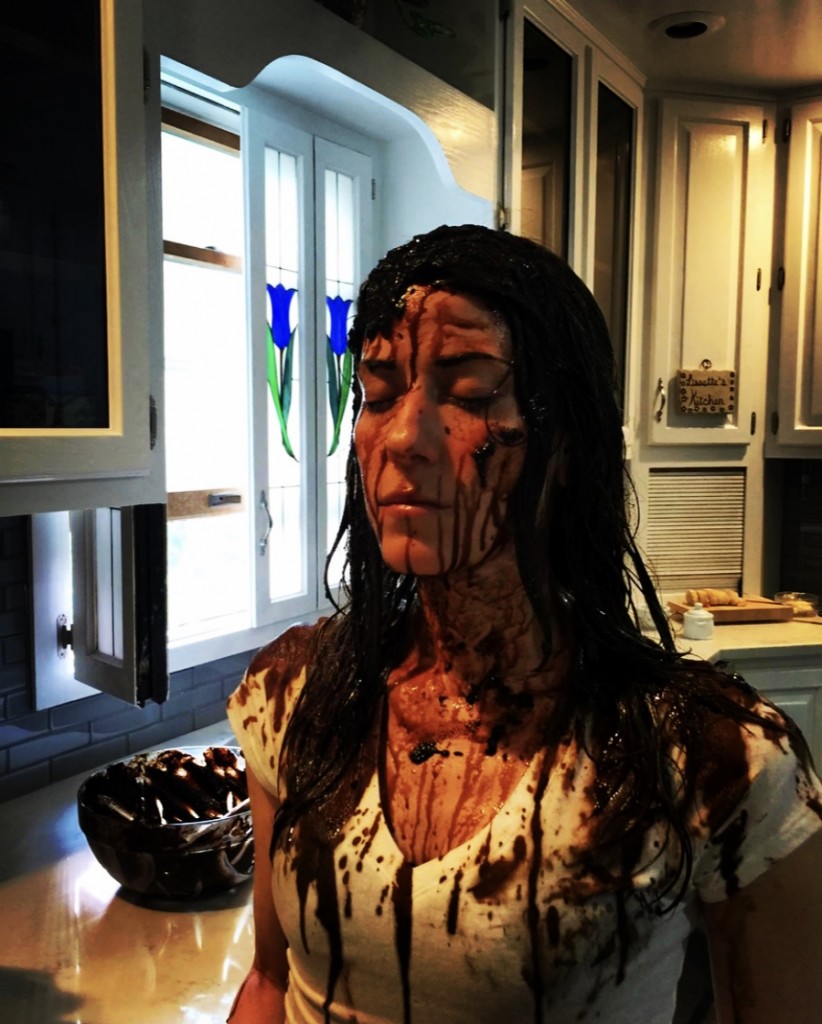 Nicole prepares for a creepy scene in Crybaby.

It takes the building of a solid relationship to take your work to the next level. This was proven to me at the New York City Horror Film Festival. It was here that my brother and I first met Tony Todd (the Candyman himself!) in person. Gregory and I couldn't have hit it off with Tony any better. People on Stage 32 always ask how to network and make connections. Well, going to festivals is one of the biggest ways. Social media, as we see here on Stage 32, is another. We utilized both to secure Tony to work on our next project.

Gregory formed a friendship with Tony and it was decided we would work with Tony on our web series, Central Bark. Three days later we were filming Tony's episode on the set of Central Bark. That was a day I’ll never forget. It was especially heartwarming how Tony got a kick out of my niece, Madison Van Voorhis, as he and Madison played with their furry co-star, Taya, one of the cutest Miniature Bostons you'll ever meet. We're now friends with this talented actor and horror icon. 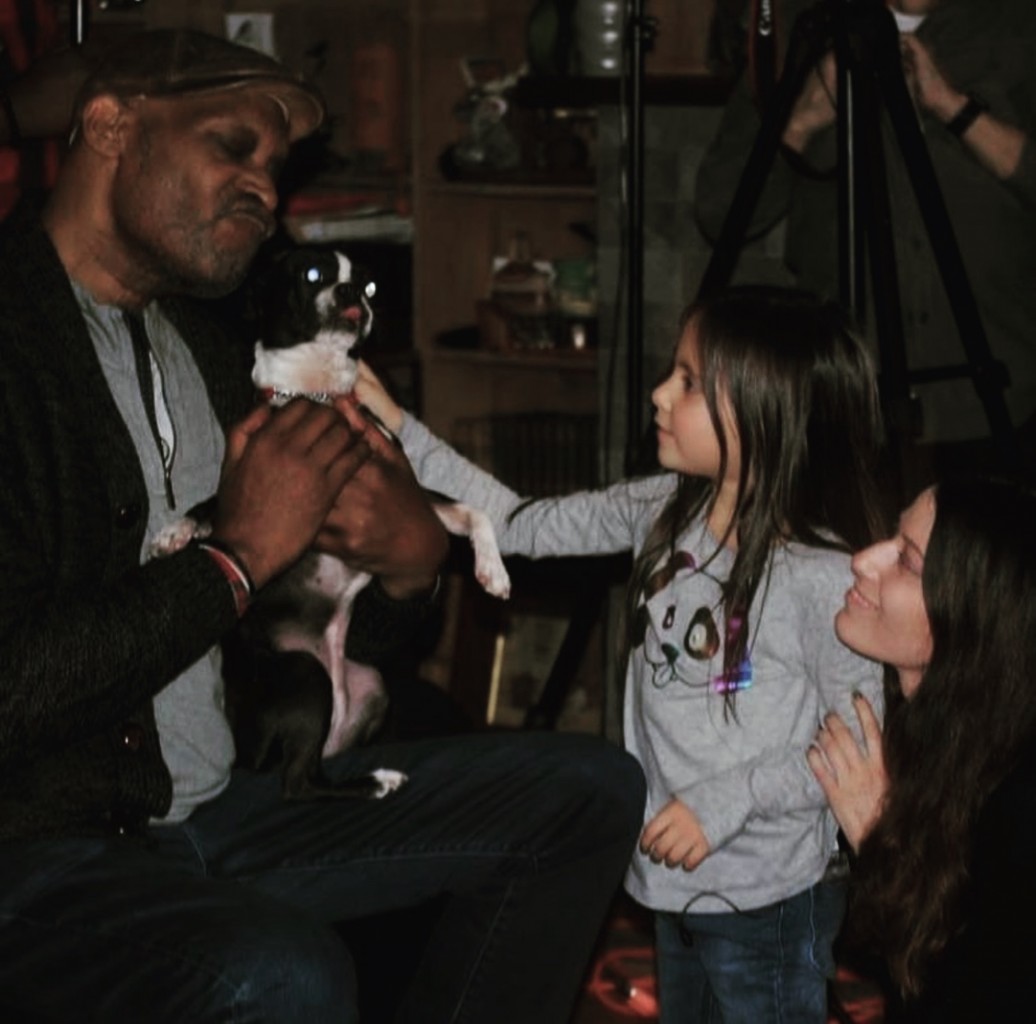 From that day in late 2018, our friendship and mutual professional respect with Tony has grown. So much so, that Tony got us ten tickets to the World Premiere of Reign of the Supermen, which took place in January 2019 at the DGA Theater in New York City. The films stars Jerry O'Connell as The Man of Steel,  and our good friend, Mr. Todd as Darkseid. At the premire, we got to schmooze and hobnob with O'Connell and Tony. It was magic to watch Jerry O'Connell be equally fascinated with little Madison. You can bet that night will stay with Madison for a very long time. 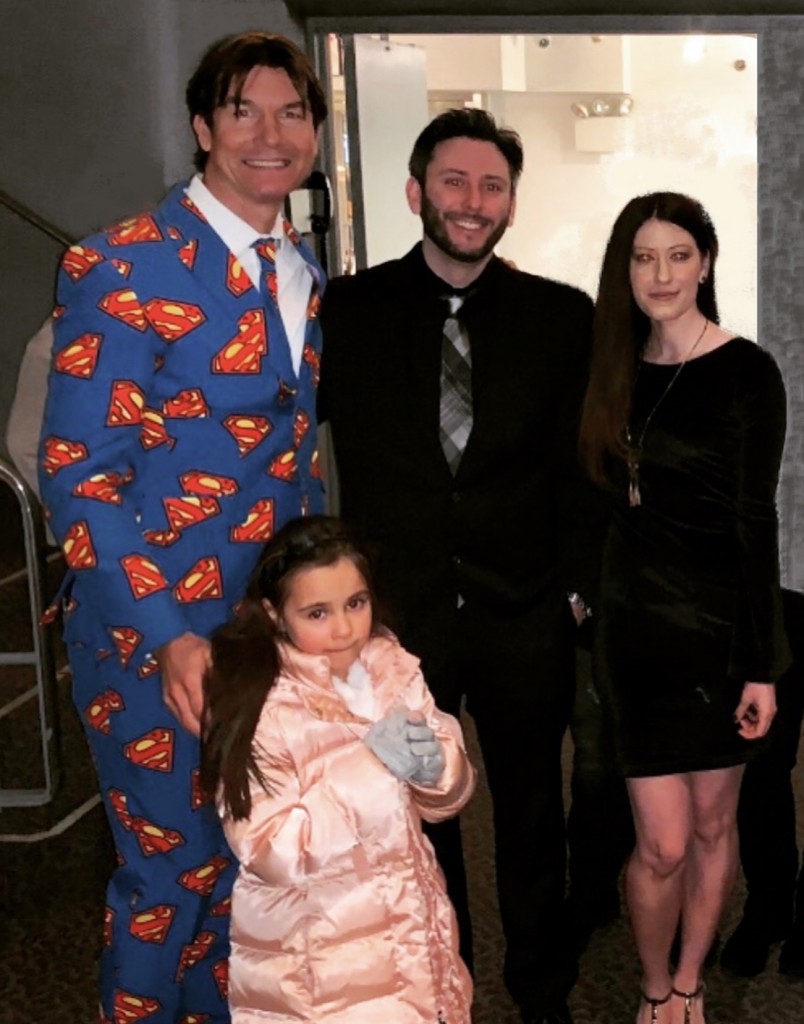 Intelligent Networking and Going For It

As the days rolled on, the Crybaby train was anything but finished. The film screened at several other festivals, one of them being the Northeast Film Festival Horror Fest (NEFFHF) where I met Sam Borowski, an established writer, director, and producer. He invited me to his December 2018 acting class. Sam and I hit it off.

Flash forward to five months later, and I find myself working with Sam on several projects. In fact, he is producing my brother's horror anthology feature, The Pitch-Fork, where I have a principle role in the film I am also producing the film alongside Sam (our lead producer) and Gregory. The three of us have grown like family, and I really believe we would not have gotten the film green-lit this soon without the help of Sam, who attached some other actors to go with Tony. We will begin filming later in 2019; a reality that’s coming much sooner than we could have ever imagined. But, I'm still not done reaping the benefits of Crybaby.

It was also at NEFFHF where two filmmakers, Ryan Kelly and Emily Yelverton, took an interest in my work. They were guests in Sam's class two months later, and relayed to me how much they really enjoyed the film. Seeing my work again in class, they cast me as the lead in their short film, Cameo, filming this July. There are even plans for the short to eventually be developed into a feature which will be another exciting challenge. I am indebted to Sam for introducing me to Ryan and Emily, two very talented writers and filmmakers.

As Sam has gotten very familiar with my work both through Crybaby and the class, he cast me in his upcoming feature Stay Fresh, that he wrote and will direct.

All of this came from one short film, a few great meetings, and even more networking.

My hope is that other creators read this and walk away with this as the key message: A 16-minute short film was instrumental in bringing about so many wonderful opportunities for me, not the least of which is that Crybaby, while still making its festival run, is currently streaming on Amazon Prime and Roku (and soon on GooglePlay and iTunes). That is the power of a ripple effect, and it’s so important that others recognize when this kind of power comes their way. When it does, grab on tight. You never know where the ride will take you.

Chances are, if I were still holding out to write that big studio feature, get cast in a big studio feature, or even direct a big studio feature, I'd still be waiting. So I say this to all of you here on Stage 32: While you wait, go work on smaller projects so you have footage to show others. Maybe you are a writer and you have a script that can start it all. The point is, don't wait another day. After all, you, too, could see that ripple effect. 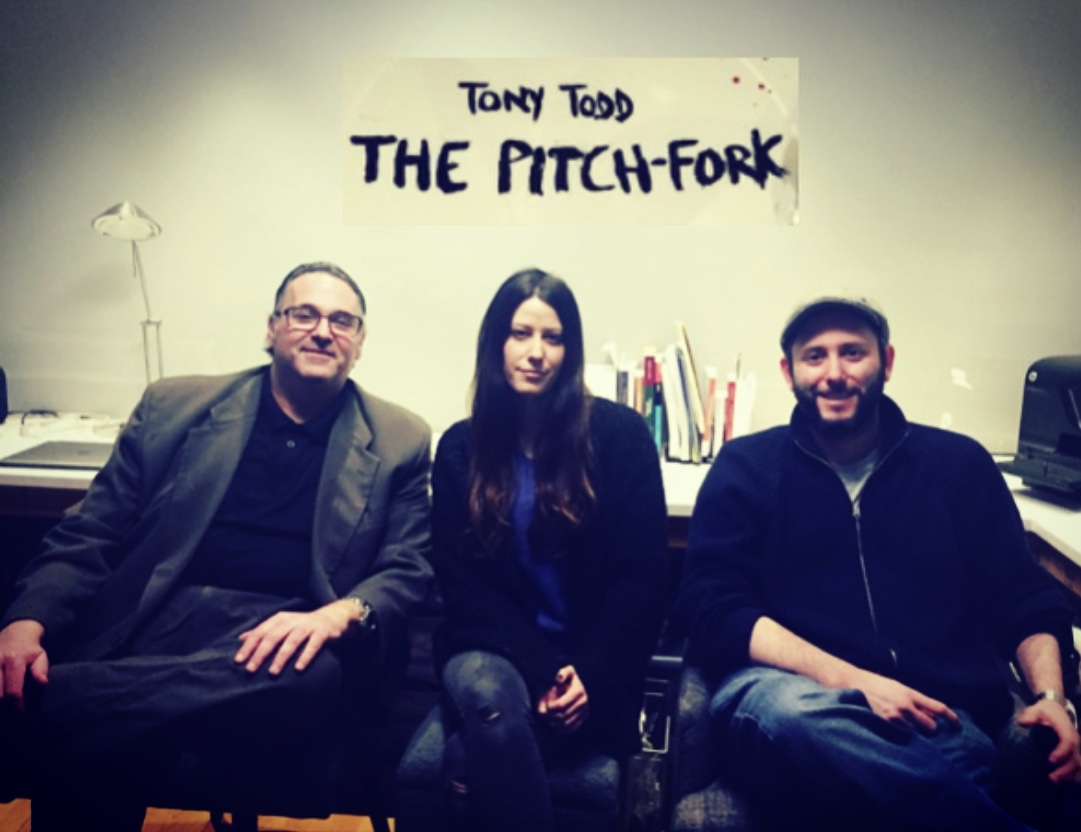 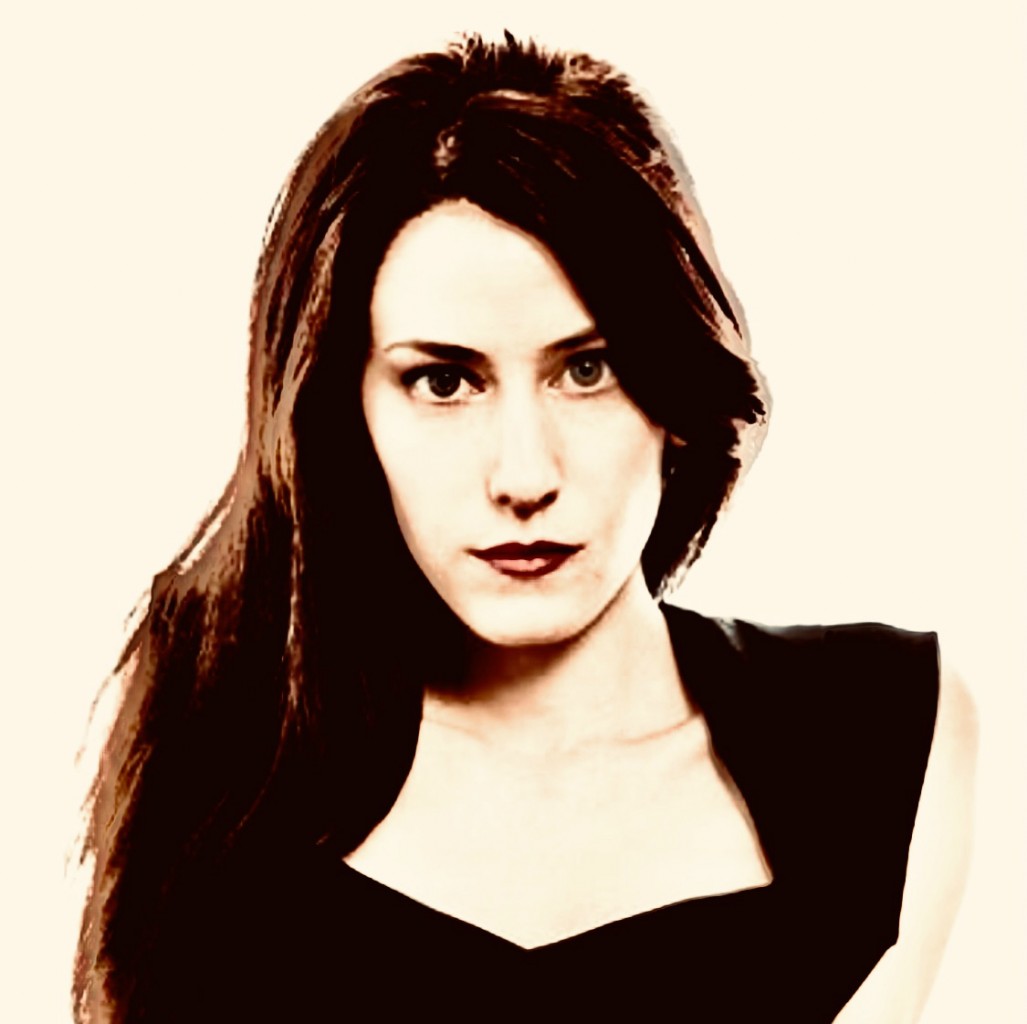 Nicole Van Voorhis has been both acting and causing trouble since she was five years old. It was, in fact, at that age that she first drove a car... in a parking lot in Japan. Yes, she drove a car. So, nothing this girl does should surprise you. After double-majoring in Theater Studies and French in college, she made her film debut in her brother's feature, “Four Corners Road” and then was cast in the short film, “Two Wasted Lives,” which played in the 2011 Cannes Film Festival. And, as you can see, she has been quite busy since writing, producing, starring in, and co-directing “Crybaby!” You can find her right here on Stage 32. 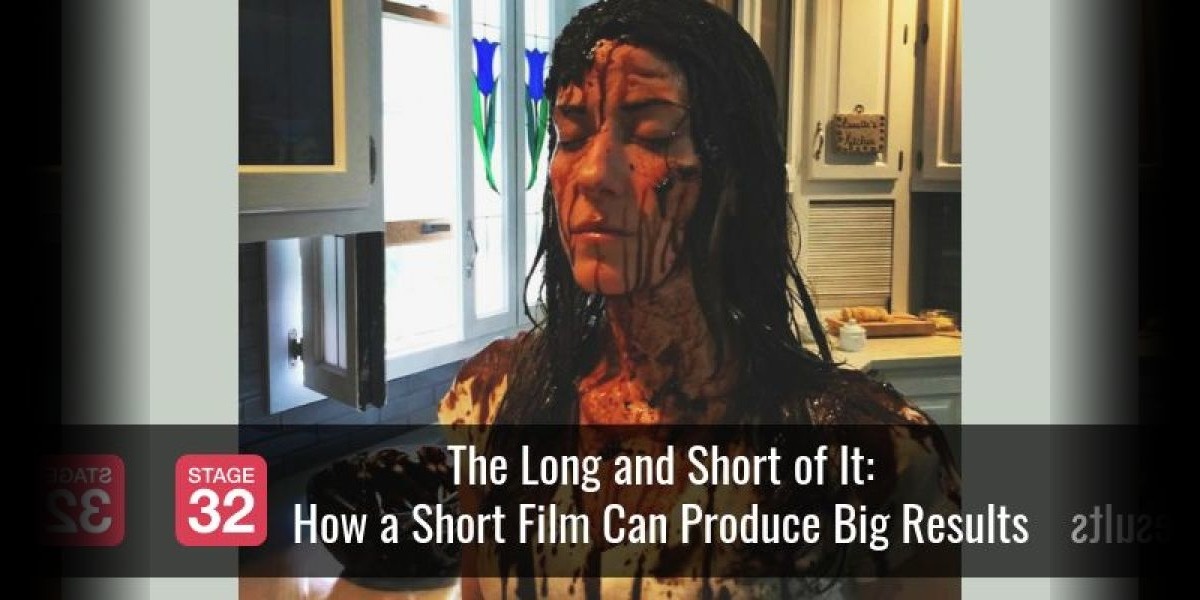