The Road to the Oscars

Posted 6 years ago by Steve Dawson 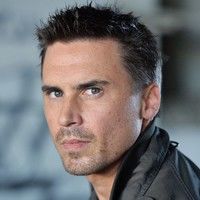 Sometimes the filmmaking process provides unexpected detours that even the most seasoned professional needs to be prepared for. When today's guest contributor, actor, writer and producer Steve Dawson, set out to film his feature Abyss of Being, he knew nothing was going to come easy. What he didn't expect was that his crowdfunding campaign would be such an uphill climb.

Don't think for a second this stopped Steve from plowing forward. Not at all. What he decided to do was pivot by turning his film into a short that he could use as proof of concept for the feature. From there, he was off to the races.

So, you want to know how I submitted my film to the Oscars? That’s what my company did on our first film. We didn’t plan on going that route, but sometimes in life plans take their own path.

Our film, Abyss of Being, was originally being made as a proof of concept film. It’s a movie about PTSD and what happens to relationships when the soldier comes home. One of our producers of the film is a Veteran and has PTSD, so the film took an in-depth look at the reality of this major issue that our Veterans suffer with on a daily basis. 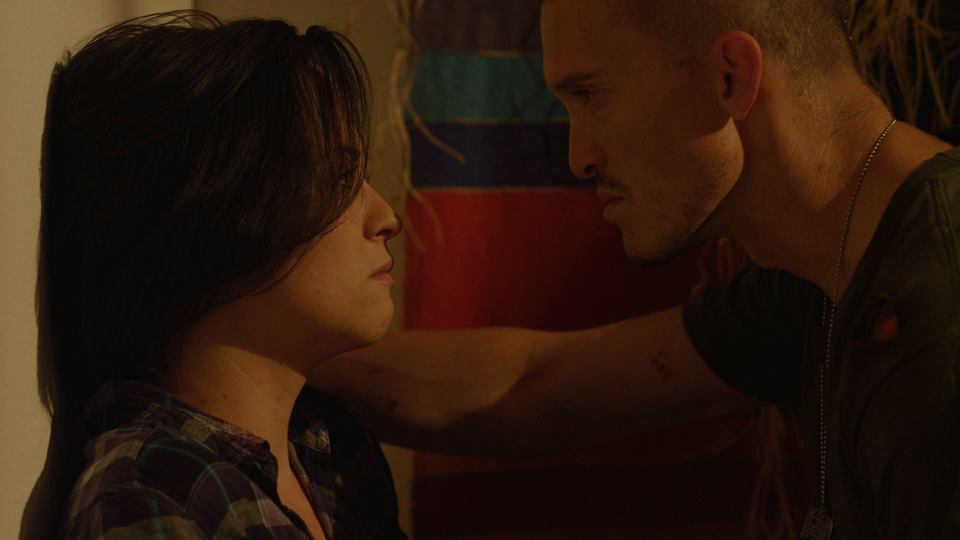 Still from Abyss of Being, showcasing relationships dealing with a soldier's PTSD

We first wrote the feature script, rewrites, cleaning, etc. Then we did a budget on that feature. Once we figured out how the story would go, we cut it down to 40 pages for our short, then we did another budget.

When doing to the budget, we did not cut corners and assume favors and low pay. At that point, we went into our Rolodex and started looking for our team. When looking for our team, we wanted to find the best people we could for this particular project. We know this project was going to have to be awesome because it was our first project and our showcase project.

For those of you have limited resources and no limited contacts, remember that even if you don’t have resources, you can still be resourceful. Everyone knows someone. Start looking through your contacts and reaching out to people and asking if they know anyone who is a DP, director, sound, grip, anything you can think of and then start assembling your team. Chances are that the person who you can sell your idea to and work on your project, knows other people who are awesome and they like to work with, and it snowballs into a fantastic team, hopefully. Don’t get your brother to do lighting, and your neighbor to direct. This is important, and it requires expertise. Don’t half ass it.

So now we had our team. Great! Everyone knows what comes next…MONEY. ARRGHHHH. I still cringe when I say I need money, because this is the hardest part in my opinion. We looked at our script and our budget and knew we needed a certain amount. So, we went to the audience, crowd-funding. We chose Indiegogo because of its ability to have flexible funding, which means if we don’t hit our goal we can still keep what was donated. We knew what we were asking for was going to be hard to hit, but we went for it anyway. After our campaign was over, we had only 10% of what we needed---Great, now what do we do?

Well, we did not get discouraged. We went into our script and ripped it apart, taking out characters, locations, and so forth. We took out half the pages, leaving us with 20. We then told everyone on the project that they had to work for less, but still get paid. We decided to do this project as a SAG project because everyone on the project was a professional and should be treated as such. Everyone got paid. I cannot stress that enough. I believe it’s crucially important that we always get paid for the work that we do. Whether you’re an actor or sound or a PA, never work for free. It is ruining our industry. If people continue to work for free, there will always be people who will take advantage. But if we ban together and no one works for free, then eventually everyone will get paid because there will be no one working unless they are paid. That’s what I would like to see happen. So, everyone got paid, but not as much as they were worth. What I call the favor rate.

So everyone was doing favors and cutting their rate because they believed in the project and the people who were working on it. The better your project, the more people are going to be willing to work for less because they want to be a part of it.

SAG paperwork was done (which is a pain, but worth it), crew and cast was in place, and equipment was rented. We found the locations (favor based), set the days for shooting (2) and we were off. 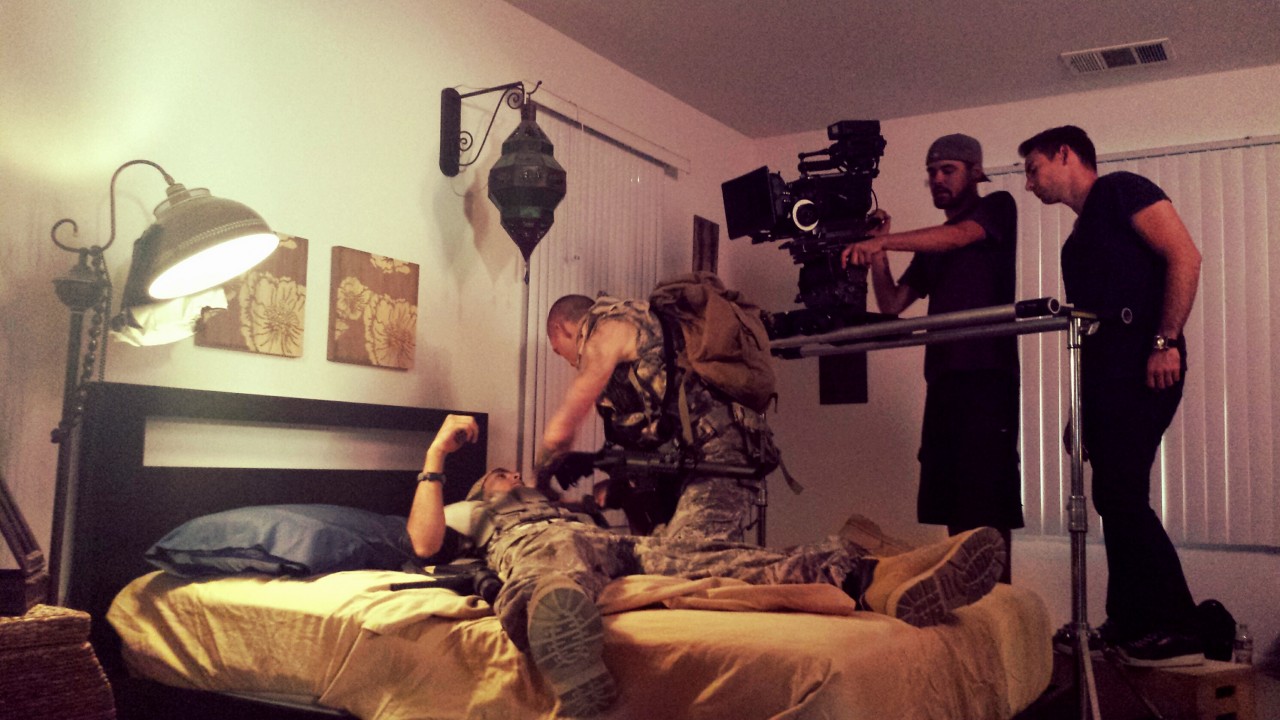 First day, first shot, our kid actor froze and couldn’t perform. CRAP! Our choices were shut down production, and find another actor, or re-write on the fly, take that character out and complete the story in the same fashion. We had no money to cut production and do it another time, so we re-wrote.

We took the kid character out and re-wrote the script to tell the same story. Massive undertaking, but we had no choice. We continued shooting some of the other scenes, while re-writing. Everyone was awesome and took it step by step and really shined. If any of you have ever worked in set, shooting entirely different scenes that were planned is extremely difficult.

Two days later, many issues along the way and a tired crew and cast (14 hour shoot days), we had our film shot. Off to Postproduction.

Once we edited, colored it and mixed the sound, we saw the final product. We had accomplished the impossible and came out with an amazing film. Because of the subject matter of the film and how well it turned out, we figured we should submit to the Oscars and see what happens. When we finished the film, some of the qualifying film festival deadlines had expired. The other qualifying festivals we could submit to were still available, but if we did get into those festivals and won, it would have been too late to submit to this year’s Oscars. So, we had one more way to qualify, we had to screen it in a theater for one week with paid submissions. That’s what we did. We set up a week screening in a theater in North Hollywood so that we could qualify to submit for the 88th Oscars. 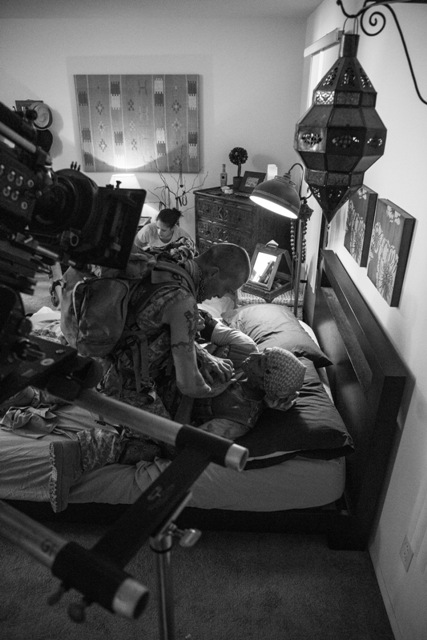 Obviously we don’t know the outcome of our Oscars submission yet. We will be up against stiff competition and they only nominate a select few. We understand that the odds are against us, but that doesn’t matter. If we get nominated or we don’t, doesn’t matter. What matters to me is that we were able to create a great film, with almost no money, with great obstacles and create new relationships that could open up many doors in the future.

We are choosing to take the road of the unknown, put ourselves out there for the world to critique and judge. We do this because it’s in our blood, it’s who we are. We would be dead inside if we don’t follow our dreams and our heart. I tell myself every day, I chose to do this, and I will put all my energy into succeeding. It may not happen today or tomorrow, but I know in my whole being it will happen.

As always, Steve is available for thoughts and remarks on in the Comments section below... 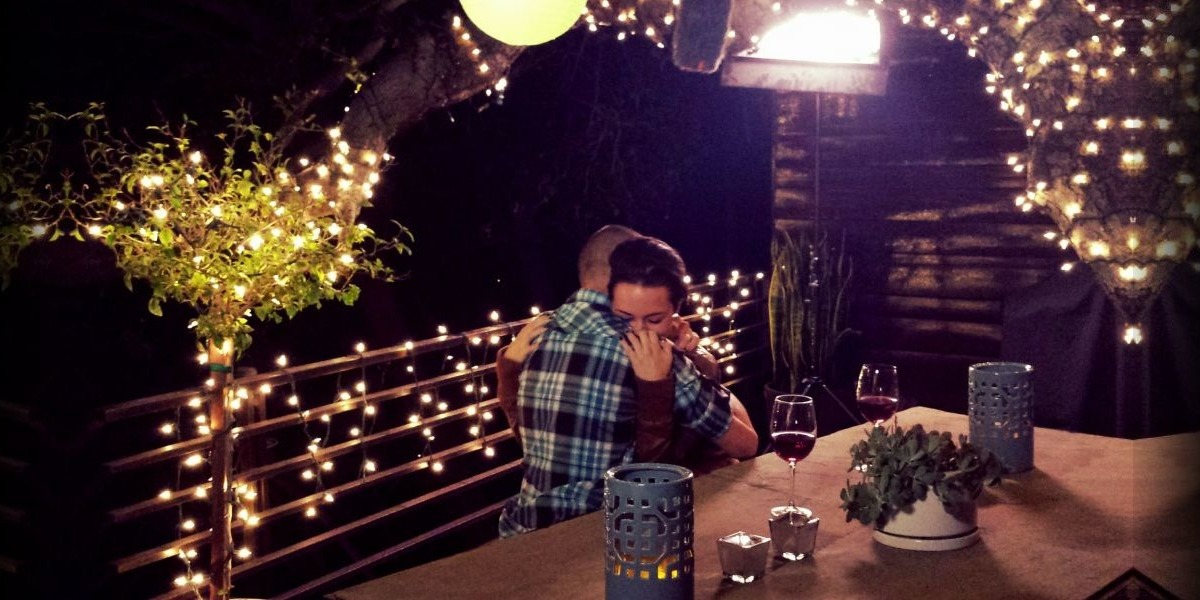