Posted 5 years ago by Danny Rubin 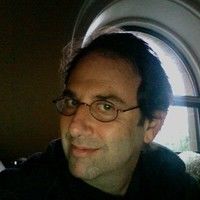 What makes a classic film? Ask a hundred people, you'd likely get a hundred answers. For me, it's a movie that is near perfect in every technical aspect - from the writing to the casting to the directing to the editing - and rewards you with every viewing. A movie that no matter when you come upon it, you can't help but be sucked into its vortex.

"Groundhog Day" is one of those films, a perfect marriage of high concept, brilliant casting, superior acting and precision execution. It's a film you can sit forward and appreciate or just sit back and enjoy. One more redeemable quality: It's infinitely quotable. "Don't drive angry" (great in a car OR on a golf course). "That was a pretty good day." "I'm a god. Not the god ... I don't think."

The man responsible for the dialogue, well, and the rest of it, is Danny Rubin. Danny's script not only won him a BAFTA Award for Best Original Screenplay, but, in an industry where comedy is rarely recognized, the Writers Guild of America recently listed "Groundhog Day" as the 27th greatest American screenplay of all time.

It's my pleasure to welcome Danny into, and introduce him to, the Stage 32 community.

Danny currently lectures on screenwriting at Harvard (yep, "Good Will Hunting" Harvard) and has just released an e-book on the experience of writing "Groundhog Day" that's as informative as it is instructional and inspirational. I urge screenwriters of all levels, or just lovers of film, to check it out. I cannot recommend it highly enough.

I was pleased that Hollywood chose to honor The Artist - a silent movie - in such grand fashion at the Oscars. Pleased and a little vindicated, I must say. Because it reminded me of a terrific project I worked on that never happened and of my favorite studio note ever. Here comes my war story:

Fox Family Films had just discovered a wonderful new talent named David Shiner, an actor comedian entertainer who had come up as a street performer. He was at the time killing on Broadway in a two-man show called Fool Moon, his partner being the also very talented Bill Irwin. Fox had basically pulled the guy aside, grinned in his face (I imagine) and said, "Kid, we're going to make you a movie star!" And they hired me to write the movie that would launch his career.

I failed. But I had help.

The studio sent me to see Fool Moon, and it was wonderful. Two men, two hours, not a word spoken. It was considered "New Vaudeville," sketch comedy entertainment designed to wow a multi-aged general audience with the innovation, creativity, and devastating skill of these two performers, and all non-verbally. It was hilarious and easy to love, and it was not just funny but filled with rich characters and deep humanity. In David I saw the skills of the early silent movie stars, and I began to look for clues to this project in silent film.

In fact, why not just do a silent film?

Let's do a silent film! I said.

Whoah, whoah, hold on there, slow down, said the studio. "The Studio" was a very nice, friendly, and bright man named Chris who up to this point had been nothing but supportive. A silent film? But we don't do that. Remember, he said, this is going to be a movie starring a guy who isn't a star. How are we going to sell it?

How are you going to sell it? Did I mention that it was a Silent Movie?

I was really keen on this idea. I did some research and found this tidbit from D.W Griffith (among others), the powerful filmmaker who began his business when silent movies were just called movies. D.W. believed in the bible prophecy that peace would only come about when all of the nations of the world spoke the same language. To him that language was film. And I think he was onto something. Those silent movies operated on a level of humanity that transcended speech, and appealed profoundly to people from all over the globe without a word spoken.

I made my best argument to the studio and really thought they were going to bite.

I love this silent film idea! said Chris. And here comes my favorite note. I love it, he said, but could you please also put in some dialogue.

Well, you gotta dance with the one that brung ya, and the guy who pays the piper calls the tune. So I set out to write a silent movie with dialogue. How much dialogue, I wondered, can a person put into a silent movie and still call it a silent movie? Maybe there is something at the heart of a silent movie besides the not-talking part.

What I decided was that I should write dialogue that would only serve as orchestration. It would carry no information whatsoever about plot or characters. That would be the silent part. The snippets of conversations we hear while following our main characters would give the scenes context and emotion. It would lend the piece a contemporary feel while not betraying the strong and deeply human storytelling that would take place non-verbally though our characters' actions and reactions.

I wrote it. They hated it.

Wow, I thought. He knows Jacques Tati. Maybe he isn't a complete idiot.

I did have allies for my uphill battle to write a silent movie. One of them was David Shiner. He loved the whole thing. Note that David can also talk and act and be funny verbally, but honestly he and I agreed that you've got to lead with your strong suit, which for him would be physical nonverbal comedy.

And what a splash he could make in the industry's first serious silent movie feature since Mel Brooks' Silent Movie. Any actor in that role would truly be in a unique movie spotlight where his talent would dazzle. Right, Jean Dujardin?

My other ally was the director, Jeremiah Chechik. He had made a wonderful splash with Benny and Joon and had not yet fallen into the black hole of The Avengers. I thought he was great, energetic, really smart, and he liked my ideas and went to bat for me. "Just let him write a silent movie." And they did. And it was the most fun I had writing a movie ever. It was just delightful fun. I was all set to write ten of these.

But no. It just wasn't what the studio wanted. Instead they tested David in a series of filmed comedy sketches that were written for fans of bad slapstick, all of which sadly proved to the studio that David would not in fact become a movie star. And I would not get to write nine more of these, or even finish this one.

The Artist was designed as a movie-lover's nostalgia piece and took great and clever advantage of our collective memory of many fine films. I think that film nostalgia is what helped it along to an Oscar win; but it is the more generic wonderment of the silent film expression itself that I believe entertained so richly, and I hope this film will open more doors to this unique and wonderful form of filmed entertainment. It won't, of course. But it should.

After many years writing for professional theater companies as well as scripting industrial films and children's television, Danny Rubin began writing screenplays. His screen credits include "Hear No Evil," "S.F.W.," and "Groundhog Day," for which he received the British Academy Award for Best Screenplay and the Critics' Circle Award for Screenwriter of the Year, as well as honors from the Writers Guild of America and the American Film Institute.

Rubin has taught screenwriting in Chicago at the University of Illinois, Columbia College, and the National High School Institute; at the Sundance Institute in Utah; the PAL Screenwriting Lab in England; the Chautauqua Institution in New York; and in New Mexico at the College of Santa Fe. He is currently the Briggs-Copeland Lecturer on Screenwriting at Harvard University.
Rubin holds a B.A. in Biology from Brown University and an M.A. in Radio, Television, and Film from Northwestern University.

He is married to librarian, web-designer, and architect Louise Rubin with whom he shares 2 children, 1 dog, and 2 inflatable fish.

Follow this unique screenplay’s exciting journey through agents, directors, studios, stars and the writer’s own confused brain to emerge as one of the most delightful and profoundly affecting comedies of all time. For movie lovers and screenwriters alike, "How To Write Groundhog Day" includes the original screenplay, notes, scene sketches, and a personal tour of the Hollywood writing process from this popular screenwriting teacher.