The Ten Commandments of Crowdfunding For Filmmakers

Posted 6 years ago by Stephen Follows 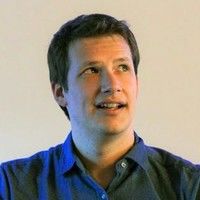 Before we get started with Stephen's awesome entry, The Ten Commandments of Crowdfunding for Filmmakers, here's a video of how I met Stephen and why I'm so thrilled to have him in the Stage 32 family.

Hark, Filmmakers! For I hath climb’d the Big Data Mountain and I returned with holy verses for when thouest plans to commit thyself to speak to the masses via crowdfunding and ye shall thee listen… ok I can’t keep this up. I’ll be honest – I liked the headline, but carrying on the tone will get tiresome for you and I.

So here’s the skinny. In the past few months I’ve been studying a lot of crowdfunding campaigns by filmmakers. 47,809, in fact. I gathered data on all crowdfunding campaigns launched on Kickstarter for films between when they launched in April 2009 and October 2015. I’ve crunched the numbers and herewith I presenteth the Ten Commandants for Crowdfunding for Filmmakers…

1. Thou shall keep thy campaign short.

The only exception to this commandment is, if you’re looking to trying to raise a large amount of money (i.e. over $100,000), in which case the odds are slightly better for longer campaigns. Of those trying to raise over $100,000, campaigns lasting under 30 days were successful 6.8% of the time, 30-day campaigns worked 6.0% of the time and those over 30 days had a 7.6% success rate.

2. Thou shall remember the campaign video and keep it interesting.

The campaign video is the perfect place to introduce yourself, explain your plans and make your audience give a damn. The success rate for campaigns with a video is twice that of those without a video (21% with no video versus 43% with a video).

3. Honor thy audience by keeping thy video short.

The average length of Kickstarter campaign videos is 3 minutes 20 seconds, with a median of 2 minutes 37 seconds. The most successful videos are between 3 and 4 minutes long, with an above-average success rate of 52%. Longer videos performed much more poorly, with videos over five minutes having a 37% success rate.

4. Thou shall donate to other filmmakers, as we expect them to donate onto us.

There are plenty of fluffy reasons why you should donate to other campaigns (being a nice human being, supporting indie film, blah blah blah) but also, the numbers bear this practice out. Campaigns run by people who joined Kickstarter only a few days before launching their own campaign, were noticeably less successful than people who had been on Kickstarter for a while. I interpret this as telling us that we must do our research and learn good / bad practice from other filmmakers. Or maybe it’s karma, bitch.

5. Thou shall offer graven images, DVDs, posters – and as many as possible.

Most Kickstarter film projects offer just a handful of rewards (8.6 on average) with the most being offered by the largest campaigns (campaigns seeking over $1 million offer an average of 51 rewards).

6. Thou shall describe thy plans in detail.

The project description is the perfect place to expand on what you plan to do if your campaign is successful. The average description length on successful film crowdfunding campaigns launched in 2015 was 3,255 characters, whereas failed campaigns over the same period used just 2,126.

7. Thou shall keep the Sabbath wholly free of crowdfunding deadlines.

The success rate of campaigns which end on a Tuesday is 43%, whereas those which finish on Sundays fall to 40%.

8. Thou shall not succumb to greed.

Unsurprisingly, as the amount you try to raise increases, your chances of reaching the goal decreases. Even Spike Lee was advised to ask for less money (link to: http://www.economist.com/blogs/prospero/2014/08/spike-lee-and-kickstarter) than he originally planned when running a Kickstarter campaign for 'Da Sweet Blood Of Jesus' (link to: https://www.kickstarter.com/projects/spikelee/the-newest-hottest-spike-lee-joint).

9. Thou shall preach to the world.

Success in crowdfunding come down to three things: You need to have an awesome pitch, which is well told and shown to an interested audience. If you miss any of those three elements, then you’re going to sink. Most filmmakers do have a compelling reason for making their film and they’re professional storytellers (meaning they can present it in an entertaining way), which means that the only thing left to learn is marketing. Just setting up a Kickstarter page will result in almost exactly nothing.

10. Thou shall not gamble - take crowdfunding seriously.

Over the past few years, crowdfunding has gone through quite a rollercoaster ride – unknown -> hot new thing -> fatigue -> staple of indie filmmaking financing and one the consequences I can see in the data is that some filmmakers are not taking a professional approach to raising their money.

When filmmakers plan to approach investors, they tend to spend time building a finance plan, researching tax incentives, etc. However, there seems to be a belief in many quarters that simply building a crowdfunding page and video are the only work involved. We’re seeing more and more unrealistic campaigns going up and then the filmmakers are confused as to why they failed.

If you are planning on asking people for $’000 then you need be to informed, prepared and serious. Successful campaigns spend months before their campaign building the buzz and setting up relationships. They take huge actions over a sustained period of time to ensure that they succeed and they mostly do! The ones that fail are mostly the people who set up a page and wait for the money to pour in.

Take ownership over your success and through your actions, you really can improve your chances of raising the money immeasurably.

Stephen will be delivering each three-hour lesson live and we’ll go into detail about the things you’ll need to know in order to raise your film’s budget via crowdfunding. This 3-week Master Class analysis is from over 50,000 film crowdfunding campaigns, 5,200 crowdfunding videos and 50 filmmaker interviews done by expert film statistician, Stephen Follows. Sign up for 9 hours of live and interactive instruction to help best inform your crowdfunding campaign now! Bring your own personal film campaign questions!