Turning Challenges Into Opportunity Through Filmmaking 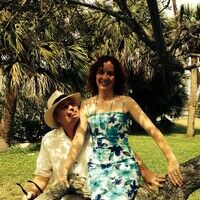 Richard "RB" Botto
Today's guest blog comes from 32 member Alyssa "Nikki" Helton. Nikki is a pianist, composer, actor, and author. Having multiple children with special needs in her family, Nikki has found a way to help them learn and develop through filmmaking, and have fun while doing it. Her story is an inspiration in overcoming perceived obstacles through using creative outlets and talent.

She is currently working on opening a school for children with special needs that focuses on creative arts in her hometown of Melbourne, Florida.

I thank Nikki for her contribution to the Stage 32 Blog, and I invite all of you to express your opinions in the Comments section below.   Enjoy! RB
Our family’s movie fanaticism started a few years ago when my oldest son, Ben, who has Asperger’s, developed an obsession with Star Wars.  Not only did he have toys, blankets, posters, and a lunch box emblazoned with images from the movie, but every conversation was dominated by his opinions or memorized facts about the film.

I knew from my schooling and training that the best way to help a child on the autism spectrum with a singular obsession is to expand from his/her initial interest.  So, where do you go from Star Wars?  Science? NASA? Nah. Movies!

At the time I was a single mother of three (with varying special needs), working two jobs and going to school full time online.  We didn’t have the money or time to go see new movies, so I began to introduce all three of my children to some of my favorites.  Yes, I must admit unashamedly that Goonies was one of those movies.  Anyway, our “family film fests” began to spur conversations about making movies, and a few years later, the kids teamed up with their new step-father and step-brother (who also love movies) to make their own stories come to life.

My personal favorite is “Terminator the Kid,” made by Ben and his step-brother, Brandon.  Imagine, if you will, a parody created by a kid with Asperger’s and a bi-polar teenager.  Yeah, it’s fabulous.  They even got my youngest, Carolyn, to act for them.  She has Dyslexia; so instead of giving her lines to read, they kept it simple and told her what to say.  Not to be left out, my middle child, Sam, who has autism and ADHD, began to use his toys and images he created on the Paint program on the computer to create stop-animation films with his iPod touch!  No one showed him how.  It’s something he figured out for himself.  Today, Sam is 14.  He can’t tie his shoe or read above a second grade level, but he creates amazing mini-movies and uses his perfect pitch to play songs he heard at the grocery store on the piano at home.  But, I digress.

During the past few years I’ve seen filmmaking work wonders for my children.  It gives them a way to express themselves, builds their self-esteem, and teaches them about problem-solving, team work, and overcoming challenges. 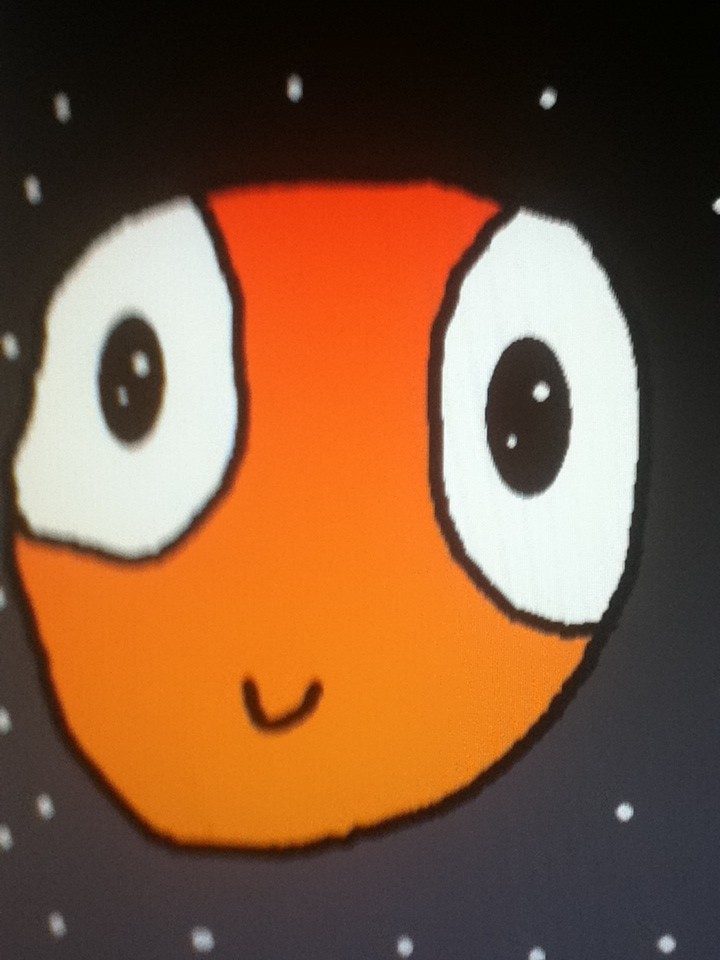 Picture Sam created all by himself on his iPad touch

My husband and I have also used filmmaking to help my sons learn about empathy, how to read facial cues, and basic social skills.  Through role-playing and observing films, they are actively engaged and retain the information far better than any other form of instruction they’ve received on these topics.  All of my children draw (on paper and on the computer), and use their art to express their feelings or to convey ideas they can’t seem to put into words.  We also write stories together, and either print them as books or storyboard them to make a film.

All of these activities are used as teaching moments - and it works.  Their progress both academically and socially is really amazing.  I have people who knew them six years ago comment on how they aren’t the same kids.  They are more social, better behaved, and have fewer issues with anxiety.  Sam communicates much more fluently than he did in the past, and has even developed an impressive British accent (thanks to Harry Potter).  My stepson, Brandon, is using his skills with special effects and editing to help him through the depression that accompanies his bi-polar disorder.  The therapeutic benefits of these types of creative expression are simply amazing. 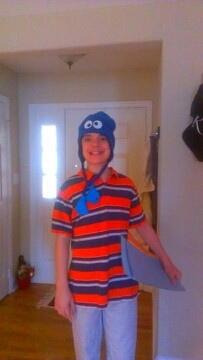 In just the past few months, I have begun to wonder about using creative arts to help other special needs children.  We all know that art programs in public schools are limited and under-funded.  Such programs for special needs students are virtually non-existent where we live here in Florida.  I have begun the process to form the Innovative Learning Academy: a school for both typically developing and special needs children that provides an emphasis on creative arts.

Our goal is to have integrated classrooms, because we know that special needs children (especially autistic children) like to mimic and learn appropriate behavior best when it’s modeled by their peers.  We are going to use music, art and drama to teach self-regulation and social skills.  A mock living area with a kitchen will allow the children to pretend and practice life skills.  We also hope to have a small recording studio for teaching older children how to operate cameras, mix sound, and even create special effects.

Short film made my Brandon Helton

It’s interesting that a widely-accepted practice in pre-schools all over the country is to allow children to play.  We know from countless studies that children learn best when they are allowed to be creative and explore their environment.  Yet when a child enters first grade, it’s as if we expect them to magically turn into another being that can only learn while sitting at a desk for six hours each day.  I’m almost forty years old, and I can’t do that! Our goal with this school is to bring creativity and exploration back into education for all children.

I am fortunate enough to have a wonderful husband who was the Drama Minister for our church for over a decade.  He’s going back to school to study screen-writing, and he helped me write a children’s book we published a few years ago. He also recently did voice-over work for a web series, thanks to Stage 32! 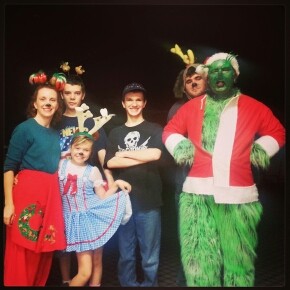 The family dressed up for a production of The Grinch

You’re probably wondering, “How does any of this have to do with me or what I do?”  It potentially has a lot to do with you and what you do!  Not only should you find inspiration from these children who overcome disabilities and challenges in order to create great art; but you should be inspired to use your talents to help them.

As an educator and mother of special needs children, I can tell you that we are always looking for professionals in the industry to teach and mentor our kids.  I know nothing about make-up effects or computer animation or editing.  But, we have kids who show interest and early signs of talent in these areas that need mentoring and experience.  Think about it…that kid with poor people skills who acts awkward in social settings may be just the creative genius you’re looking for!  (I can think of at least one well-known director who I suspect is autistic.  Not naming any names…)

We all get caught up in our efforts to fulfill our own dreams.  As someone who has been a natural performer since age 2; just ask my grandmother, I had dreams of being in a Broadway show.  I still have my own ambitions to sing and act and compose a movie score.  But, honestly, the greatest dream-fulfillment will be when our school has been opened, and for the end of the year we put on an all special-needs production of Wicked. Now, that will be a showstopper.
Like this blog post? Please share it on social media (Facebook, Twitter, LinkedIn, email etc) by using our social media buttons at the top of the blog. Or post to your personal blog and anywhere else you feel appropriate. Thank you. As always, Nikki is available for remarks and questions in the Comments section below! 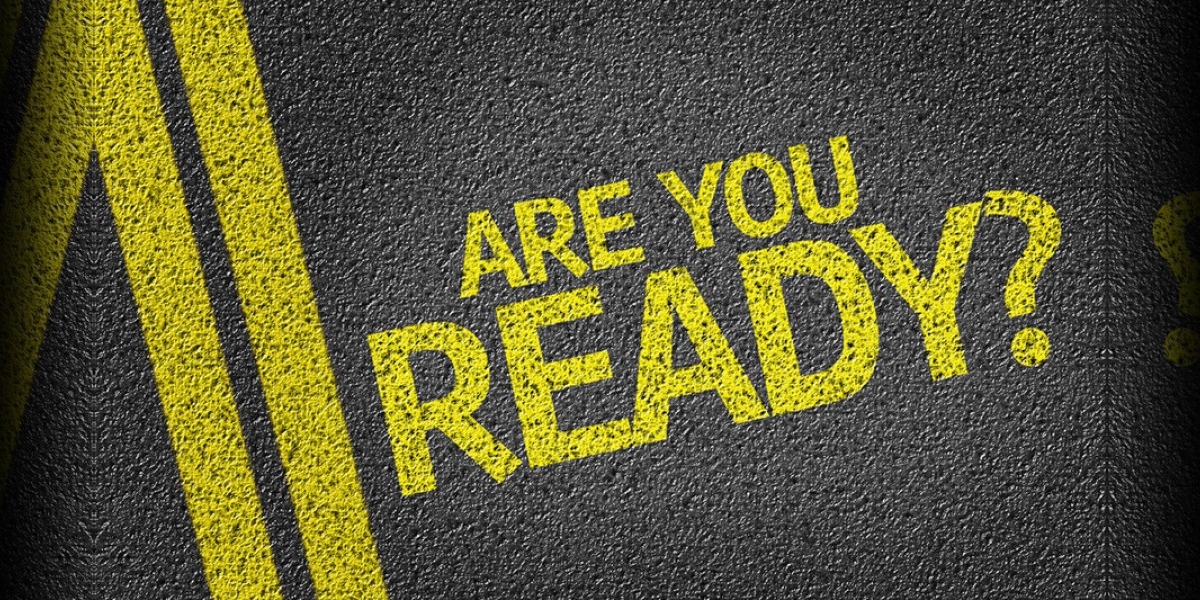