As I was leaving Vilnius and its film festival, I ventured into FilmBox LT, the Vilnius Airport movie theatre, and I was transported directly to the Visions du Réel Film Festival in Nyon, Switzerland.

There, an impressive and comprehensive retrospective of Audrius Stonys’ work was held,
from his first film, "Open the Door to Him Who Comes" (1989), to the most recent, "Gates of the Lamb" (2014). Indeed, with this event, Lithuania was one of the festival’s focus countries with a total of twenty films – eighteen that pertained to the aforementioned retrospective and two that screened in the official program.

The initiative came from the director of Visions du Réel, Luciano Barisone, who is an admirer of Lithuanian cinema, and especially of Audrius Stonys.

“The relationship with Lithuania is a relationship with Audrius Stonys who is a filmmaker I have liked for a long time; he is a filmmaker who has always underlined the importance of the invisible which is, for me, a fundamental notion of cinema. What is often interesting in Film is not what appears on
screen but rather what does not. And so, the work that Stonys does in that regard is essential… And, I like Lithuania because it is a country of extreme contrasts. It is the last country to have been Christianized, so there is an immense influence of paganism and paganism brings a notion of magic and nature. So, there is the rational world of Man and the magical world of nature, together,” Barisone stated.

Stonys’films "Fedia: Three Minutes After the Big Bang" (1999), "Alone" (2001), "Ramin" (2011) and Cenotaph (2013) were previously screened at Visions du Réel but his works have never been showcased on a similar scale at the festival before. So, according to Barisone, it was the right time to present a full retrospective. For the occasion, the Lithuanian Film Centre commissioned the restoration of the copies of "Open the Door to Him Who Comes" (1989), "Baltic Way" (1990) and "Harbor" (1998) while the restoration of the remaining two copies was done by Meno Avilys, an NGO based in Vilnius, Lithuania that specializes in the area of film education and film preservation.
In total, five new digital copies – previously unseen – were presented at Visions du Réel. “It was kind of an obvious choice,” said Liana Ruokytė-Jonsson, the head of the department of Film Promotion, Information and Heritage of the Lithuanian Film Centre, who supports the restoration of old copies of
Lithuanian films “I see the benefit. There are a lot of fantastic films that we would like to restore, especially those made since 1991 because it was kind of a chaotic time when it comes to film heritage. There was no film center at the time and a lot of copies were nearly or totally destroyed. And, with a limited budget we have to be very focused on which part we take now and help restore
it,” she noted.

The retrospective was introduced by Audrius Stonys himself and Arūnas Matelis who has collaborated on and produced several of his films. The director also held a masterclass during the festival. Mentored by HenrikasŠablevičius, Audrius Stonys is considered one of the most creative, accomplished and productive Lithuanian filmmakers. His works are often attributed to the genre of poetic documentary and according to him, his films aim to preserve fading dreams. Stonys’ career
began in 1989 and he has produced over twenty documentaries since, most of
which have won awards at various festivals. In 1992, his film "Earth of the Blind" received the
European Film Award for Best Documentary of the Year from the European Film
Academy.

As far as the other Lithuanian films that screened at the festival are concerned, Visions du Réel also held the world premiere of "I’m Not from Here" by Giedrė Žickytė and Maite Alberdi, a coproduction between Lithuania, Denmark and Chile.
The film’s development started in 2013 at the DOX:LAB workshop of CPH:DOX. It is the first result of the cooperation between the Lithuanian Film Centre and the Copenhagen festival. "I’m Not from
Here" tells the story of Josebe, an elderly Basque woman from San Sebastián who resides at a retirement home in Santiago de Chile. Everyday she believes that this is the first day of her visit at the home, and everyday she struggles to realize it is not – as well as the fact that she is no longer living in her homeland with her family. The film won the Sesterce d’Or – Fondation Goblet for Best
Short Documentary Film. “It’s very nice to receive this kind of news because we invested in this film, we developed this project within the DOX:LAB at the CPH:DOX festival. It was the first edition when we entered the network and became member and Giedrė Žickytė was selected as the first young filmmaker from Lithuania to be connected with filmmakers from other countries other than Europe. I was at the world premiere and I could see well invested money and the audience reacted in a very nice way,” Ruokytė-Jonsson commented.

Mantas Kvedaravičius’ film "Mariupol" was selected in the “Regard Neuf” section of the festival. It had its world premiere at the Berlinale in the “Panorama – Dokument” program. "Mariupol" is an essay about the industrial port in the Donetsk Region in Ukraine. The everyday life depicted in the film is framed by the constant anticipation and proximity of war.

Visions du Réel has always kept a keen eye on Lithuanian films. In the past, the festival featured works of other Lithuanian filmmakers such as "Barzakh" by Mantas Kvedaravičius (2011) and "Father" by Marat Sargsyan (2013). “Visions du Réel has been keeping an eye on Lithuanian documentaries because Lithuanian documentaries are strong. We are strong in documentaries first of all… Henrikas Šablevičius, the father of poetic documentary, is an idol for young filmmakers
like Stonys. There is a school created in Lithuania and that’s why the tradition continues. And, you don’t need many resources to make good films, especially in terms of poetic documentary films. I mean, his filmmaking kind of aims to restore or preserve dreams from fading as he always says and it’s this tradition or view on reality and reflection of reality that makes sense to younger generations who are inspired by filmmakers like Audrius Stonys and Henrikas Šablevičius”, observed Ruokytė-Jonsson.

In terms of potential coproductions between Switzerland and Lithuania, there is none yet in the works but Ruokytė-Jonsson is confident that it will happen sooner or later: “It will come in time, in a natural way. If two creative people want to coproduce, nobody can stop them – no funds, no structure, no policies can stop them,” she added, hoping that one day, the Baltic countries will be in focus at Visions du Réel, just like Chile was this year, “that would be really fantastic because all three Baltic countries have strong documentary film traditions and it’s a good idea…” Ruokytė-Jonsson admitted.

The presentation of Audrius Stonys’retrospective and the films "I’m Not from Here" and "Mariupol" was supported by the Lithuanian Film Centre. 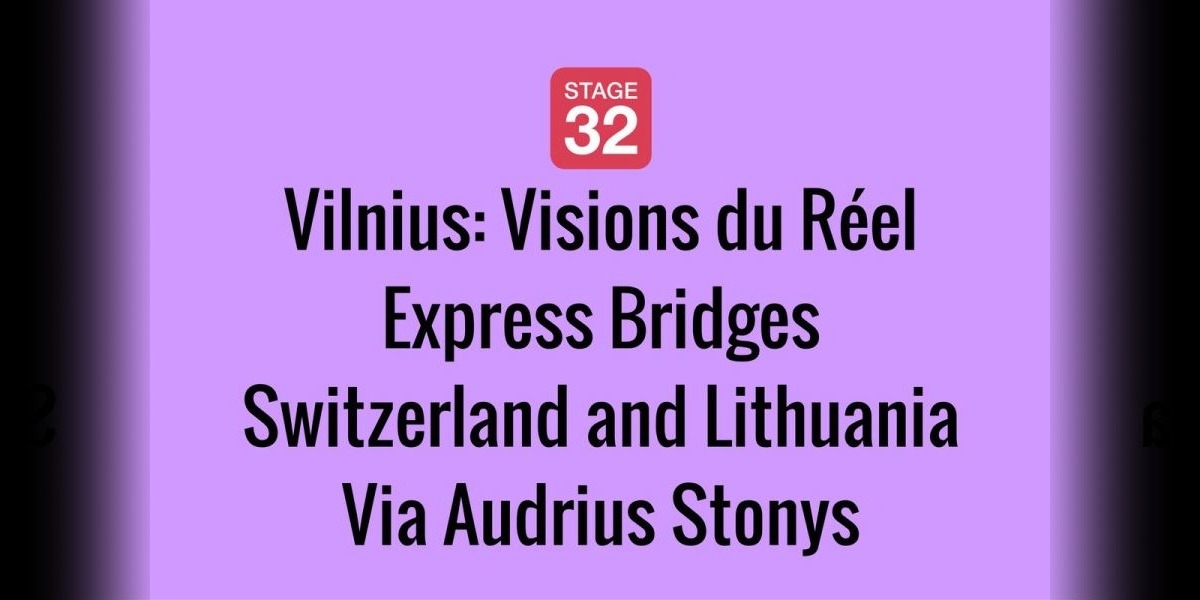