What Can You Learn From A Linguist? Watch TV With One, and Find Out!

“Not that there’s anything wrong with that!”

Can you identify any of the above phrases as associated with a particular television series or television character? The first one is the catchphrase of Barney Stinson from How I Met Your Mother; the second is the start of Carrie Bradshaw’s many musings on Sex and the City, and the last was uttered by various cast members of Seinfeld. If you got any of these correct, then you’ve been the receptive target of language use in one of its most powerful contexts: television. In other words, you’ve been on the receiving end of dialogue carefully crafted to construct or comply with the unique linguistic identities of fictional television characters. As these examples illustrate, well-written words are also entertaining, they endear us to the characters who speak them, and they embed themselves in our collective memory. What makes some fictional television series more memorable and beloved than others arguably boils down to one thing: good writing.

Fictional television programming offers the general public an ever-increasing number of comedies and dramas, featuring a range of characters that vary from simple to complex, irritating to irresistible, familiar to foreign. The dialogue these characters engage in is by turns sophisticated, edgy, heavy-handed, tedious, and witty, reflecting scriptwriting that can aspire to raw authenticity, aim for catch-phrase immortality, or simply capture the essence of quotidian communication. But what is the key to writing engaging dialogue? What kind of language use do we experience as appealing, entertaining, or innovative? Which aspects of talk make us believe that depicted conversation is realistic or artificial? What role does language play in constructing characters, giving them identities, and distinguishing them from each other? How many of our own linguistic practices are recreated and recognizable in television dialogue?

Let’s consider a couple of examples that illustrate how two very different aspects of language can be highlighted in television dialogue: the relationship between gender and language, and processes of morphology.

First, in the 30 Rock episode “Standards and Practices,” written by Vali Chandrasekaran, Liz Lemon decides to use the men’s bathroom when the women’s bathroom is closed for cleaning. She hears crying from the neighboring stall (occupied by Kenneth the page) and initiates a conversation, pretending to be a man. In addition to adopting a very low voice, we can see in the dialogue below other ways Liz enacts a male persona via language use:

Liz: Bro, you should just smack that Liz in the mouth.

Consider how gender is enacted by terms of address, such as ‘dude’, ‘sir’, or ‘bro-bro’; how these terms of address can index social status – compare the hierarchy conveyed by ‘dude’ and ‘sir’; and how gender ideology can be identified in discourse, such as the portrayal of men as silent, violent, not prone to discussing their feelings, and oriented towards problem-solving.

Our second example comes from the Seinfeld episode “The Lable Maker”, written by Alec Berg and Jeff Schaffer, in which we are introduced to the words “regifter” and “degifted”, the first of which is used in the last turn of the following exchange:

Elaine: Hey. Oh, is that a label maker?

Elaine: Love the Label Baby baby. You know those things make great gifts. I just got one of those for Tim Whatley for Christmas.

Elaine: Yeah. Who sent you that one?

Elaine: No! My Tim Whatley?

Jerry: The same. He sent it as a thank you for my Super Bowl tickets.

Elaine: I think this is the same one I gave him. He recycled this gift. He’s a regifter!

The dialogue provides enough context for us to understand what a “regifter” is: someone who receives a gift and then proceeds to give that same gift to someone else, also as a gift. Or, as Elaine explains it, someone who recycles a gift. The episode writers could have called such a person a “gift recycler”, “gift regiver”, or even “regiver/recycler of gifts”. But would any of these be as funny or catchy as “regifter”? Probably not, since none of these alternatives requires as much cognitive effort to ‘unpack’ as does “regifter”, and thus none are nearly as satisfying. To understand “regifter”, we need to know how to make nouns into verbs (gift), how to signal that an action is being done again (re-), how to make action into someone who performs the action (-er), and in what order to perform all of these steps. In other words, “regifter” not only illustrates the magic of morphology (that is, the process of forming words) but also taps into and rewards us for our tacit knowledge of how words work.

So, what can you learn from a linguist? A linguist can explain how linguistic phenomena interact in talk, helping you to both recognize and incorporate linguistic creativity or authenticity in television scriptwriting. Watching TV with a linguist will also empower you to discover the dual function of dialogue as reflecting and influencing both your own and other’s language use. Not only the examples presented here, but many, many more illustrate how television language represents what scriptwriters, and by extension all of us as viewers, understand about language, how we think it works, how we think it is used, how we think it sounds. But television language can also be a model of how we think language should be used, or an arena for experimentation in how language could be used. Most importantly, when you watch TV with a linguist you will know without a doubt that it’s the talking that keeps us watching!

Kristy Beers Fägersten is a Professor of English Linguistics at Södertörn University, Sweden. She is the author of Who’s Swearing Now? The Social Aspects of Conversational Swearing and a number of articles on mediated language. In addition to being the editor of Watching TV with a Linguist, Beers Fägersten authored the chapters, “SaMANtha: Language and Gender on Sex and the City”, “What’s the Deal with Morphemes? Doing Morphology with Seinfeld”, “Tuning into Sounds”, “I’m learneding! First Language Acquisition on The Simpsons”, and “Lost and Language Found”.

About the book Watching TV with a Linguist: The use of language in television series is the subject of the new book, Watching TV with a Linguist. In this edited volume of thirteen chapters, interpersonal interactions in the form of dialogue delivered in coherent social contexts by some of the most well known characters from television sitcoms and dramas are explored and analyzed. Each chapter focuses on explaining the basic concepts of linguistics as the science of language, illustrating each with examples from one television series, including Frasier, Friends, How I Met Your Mother, Lost, Seinfeld, Sex and the City, Sherlock, South Park, The Big Bang Theory, The Golden Girls, The Simpsons, and The Wire. Each chapter also features suggestions for further viewing, providing examples from almost 100 American television series.

You can learn more and connect with Kristy right here on Stage 32! 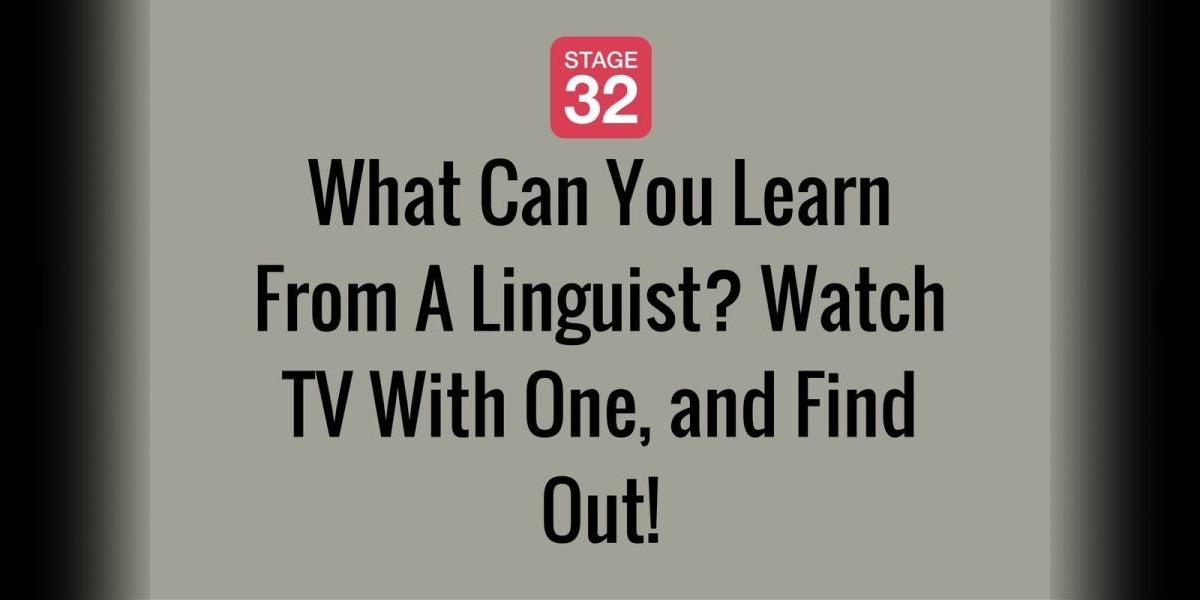