“Luck is what happens when preparation meets opportunity.”

As you can see above, it was the Roman philosopher Seneca who first uttered those poignant words, “Luck is what happens when preparation meets opportunity.” Since then, it has become one of the most repeated phrases by hard-working dreamers everywhere.

And I can’t think of any better words that should describe the attitude that people involved in the entertainment industry should be taking during this very surreal time in our world’s history.

Just think about it: That luck will come with the opportunities should we all be prepared – a chance meeting a film festival (remember those?), the many castings that will occur for both Studio and Indies everywhere once production starts back up … production companies and agencies looking for scripts and writers.

But, that luck and opportunity and ultimately career success will only happen for those that prepare their fields for rain, so to speak. 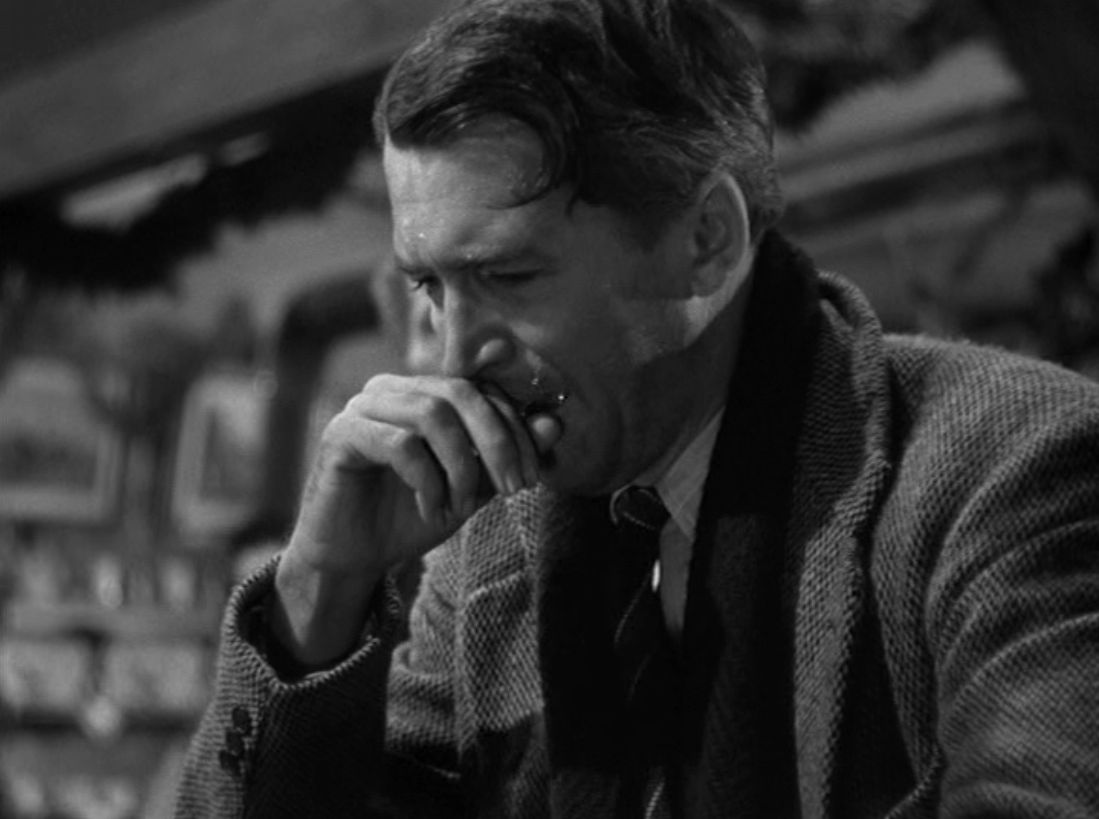 George Bailey psyching himself out in It’s a Wonderful Life …

“The only thing standing between you and your goal is the bullshit story you keep telling yourself as to why you can’t achieve it.”

And, while Leo’s character of Jordan Belfort surely got this right, sadly, I see too many giving in to depression as a result of this crazy time. Not only has there been too much sickness and death, but others have been affected by hard financial times brought on by loss of work and wages.

And the entertainment industry is no different.

Productions have halted and Studios have closed their doors for the time being. Deals are on hold. Many microbudget Indies are on hold. Heck, I had a major feature film I was in California to close a deal on – Stay Fresh – be put on temporary hold. And, to add injury to insult, a short film I am producing for another Stage 32er, Apolos Israel – Beholder – was set to start principal photography in April. Obviously, that didn’t happen … yet. The keyword, being ‘yet.’

You see, these productions will eventually happen. The movie theaters will reopen, even if they begin at half capacity showing older films for the first two months until people feel safe to fill the venues again.

Don’t be so quick to buy into the negativity – to give in to the depression. Yes, it’s very easy to do so, but certainly not productive. Don’t be so fast to push the panicked and false narratives that I see so many posting on Social Media.

Nobody is sure yet when the cameras will start rolling again, but none of that should be your concern. Being ready when they do, that’s what you should be thinking about.

For now, more than ever, you truly do have to accentuate the positive. 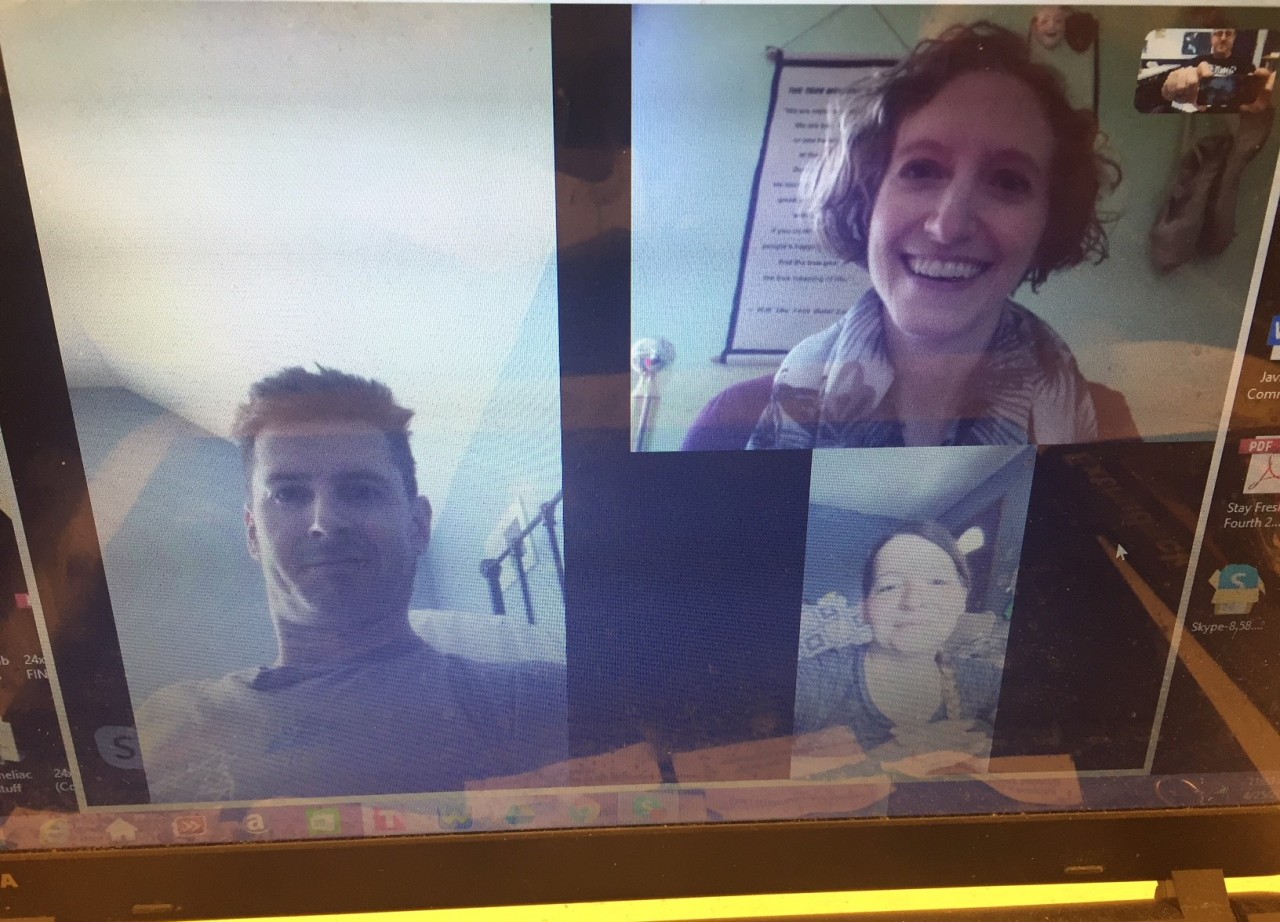 “However, bad life may seem, there is always something you can do, and succeed at. While there is life, there is hope.”

– Stephen Hawking, The Theory of Everything

While I’m pretty sure Eddie Redmayne wasn’t speaking to all the out-of-work actors, he might as well have been. While sheltering in place and only going out for essentials – food, medicine, doctor visits – there is plenty for the actor to work on.

First and foremost, their craft. In fact, I had four actors take my first-ever Virtual Acting Workshop in April. And it went very much like any of my other workshops with the exception that they were online instead of in a classroom. We did it through SKYPE and I was impressed with how it went over.’’

That’s because I was still able to speak to them and direct them. Give them tweaks and suggestions before doing the scene over. Most of all, it was a great release. We had fun!

And I made sure to tell them to go over their scenes at home. They had several monologues in there they could also use one for a video audition/self-tape.

And there is plenty more for actors to work on at home: Look over your headshots – update that resume. Do you want to make new cards? That can be done online at places such as Vista Print and Staples. You never have to leave your home.

Time to update your IMDb page and add some new photos? Perhaps update your website or even take the time to start one and increase your online presence. Heck, update your page here at Stage 32 and build a bigger Social Media presence.

After all, these are things you should be doing anyway. 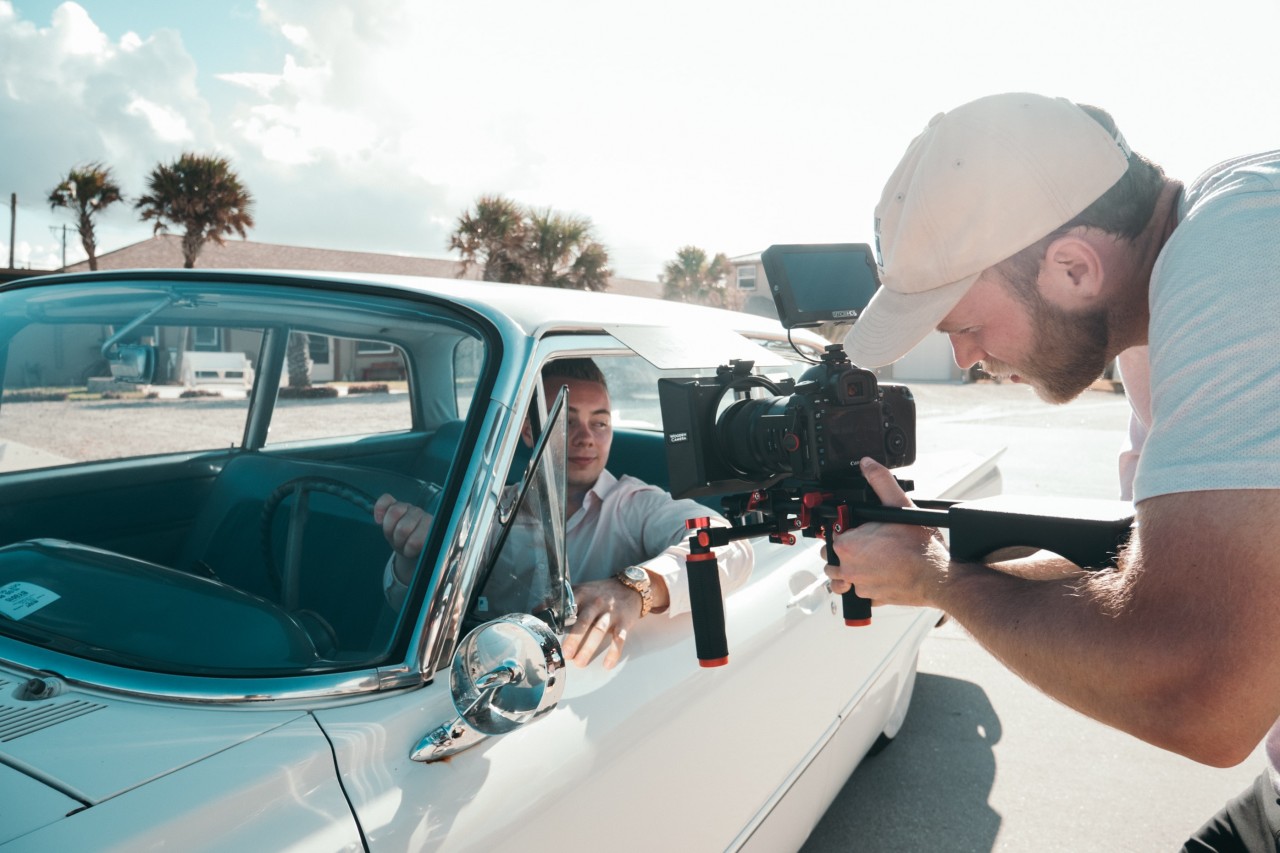 We cannot work on set now - but what are you doing to prepare for when we can?

“All we have to decide is what to do with the time that is given to us.”

– Gandalf, The Lord of the Rings

So, now, you’ve been given this time, but just what are you going to do with it? Are you going to finally fix up that script? Moreover, how about delving into the business plan or pitch deck that you will need to accompany it? Those things take time, but they are all worthwhile endeavors.

You can also be compiling a list of production companies, studios, literary agents, industry contacts – depending upon your level of experience, your list of contacts, whether or not you have representation, etc, etc – that you can send said scripts and business plans or pitch decks to. Do your research online. Read through old emails and see who showed interest in the past.

The key is: Be Ready to Go!

In addition, while this next part is not as hard or tedious or strenuous – LOL – you should absolutely be catching up on some major indies, obscure microbudgets and Oscar favorites that you missed out on in the theaters. The ones you’ve been talking about seeing for six months or so. After all, this type of research is part of your job. And, if you don’t enjoy this, why are you even in the business?

Finally, perhaps use this time to think about what type of writer or filmmaker – or both, as it may be – do you want to be? Do you truly want to be great? I’ve seen short films from people, I can tell you they had zero interest in being great – ever. Do you want to make this type of slipshod effort? And, be satisfied? Even proud to show it to others? Or do you want to grow with each-and-every film you write and/or make?

Do you truly want to be great?

Perhaps use this time to reflect on that. 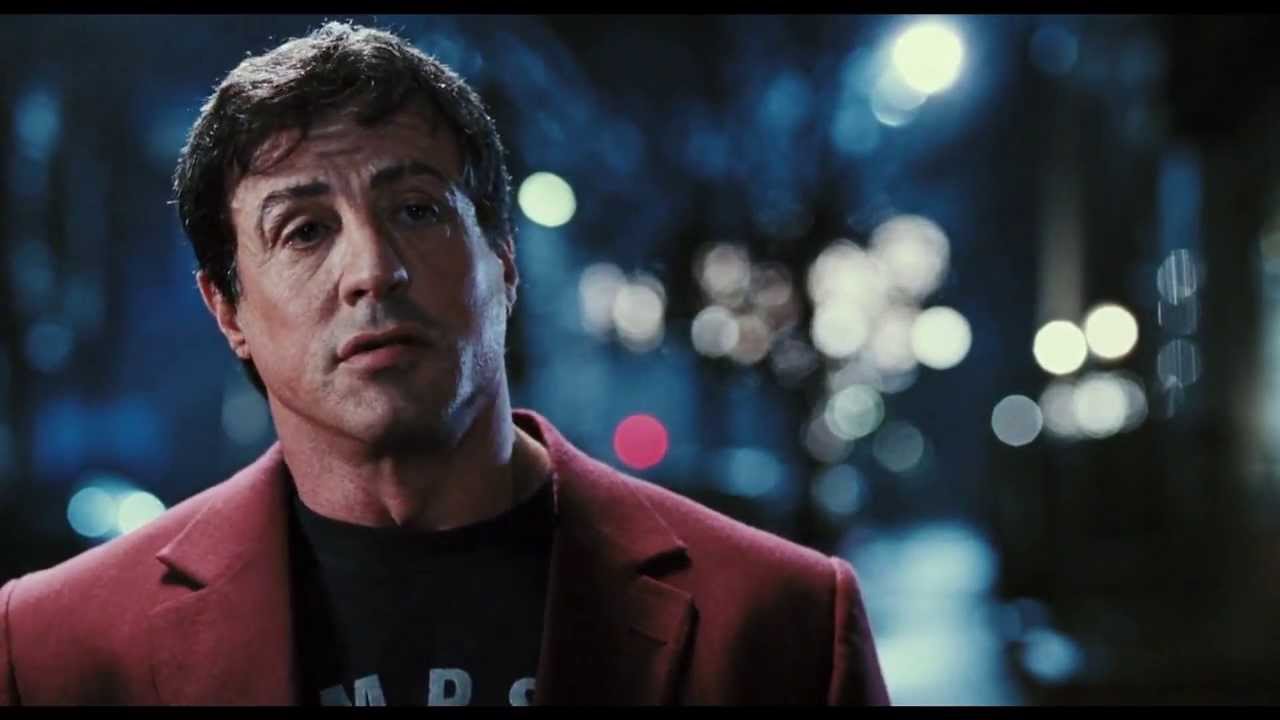 Listen to Rocky … The guy’s been around this business for 45 Years!

And, finally, there was no way I could close this out without a quote from one of cinema’s most longstanding characters, Rocky Balboa. Just think about it: He’s been around for 45 years has had umpteen Oscar Nominations and a Best Picture win, not to mention eight films, including the two Creed movies.

But Rocky is just a metaphor for the winners in this business. The people that have stood the test of time. They will be around long after the COVID scare ends. I’ve heard some filmmakers say that they don’t want to even be near a set right now. I don’t understand.

To me, this is my calling. I’m itching to get back. Of course, it has got to be safe, but at some point, we’re going to have get back on the horse. And will a set be any more dangerous than a packed Supermarket? Up until mid-April, when they made it a requirement, many were shopping without masks.

Ultimately, it’s not okay to give in to the fear. Moreover, while you are not giving in, you should be preparing. Readying for when luck strikes you.

For when preparation finally does meet opportunity.

“The night is darkest just before the dawn. And, I promise you, the dawn is coming.” 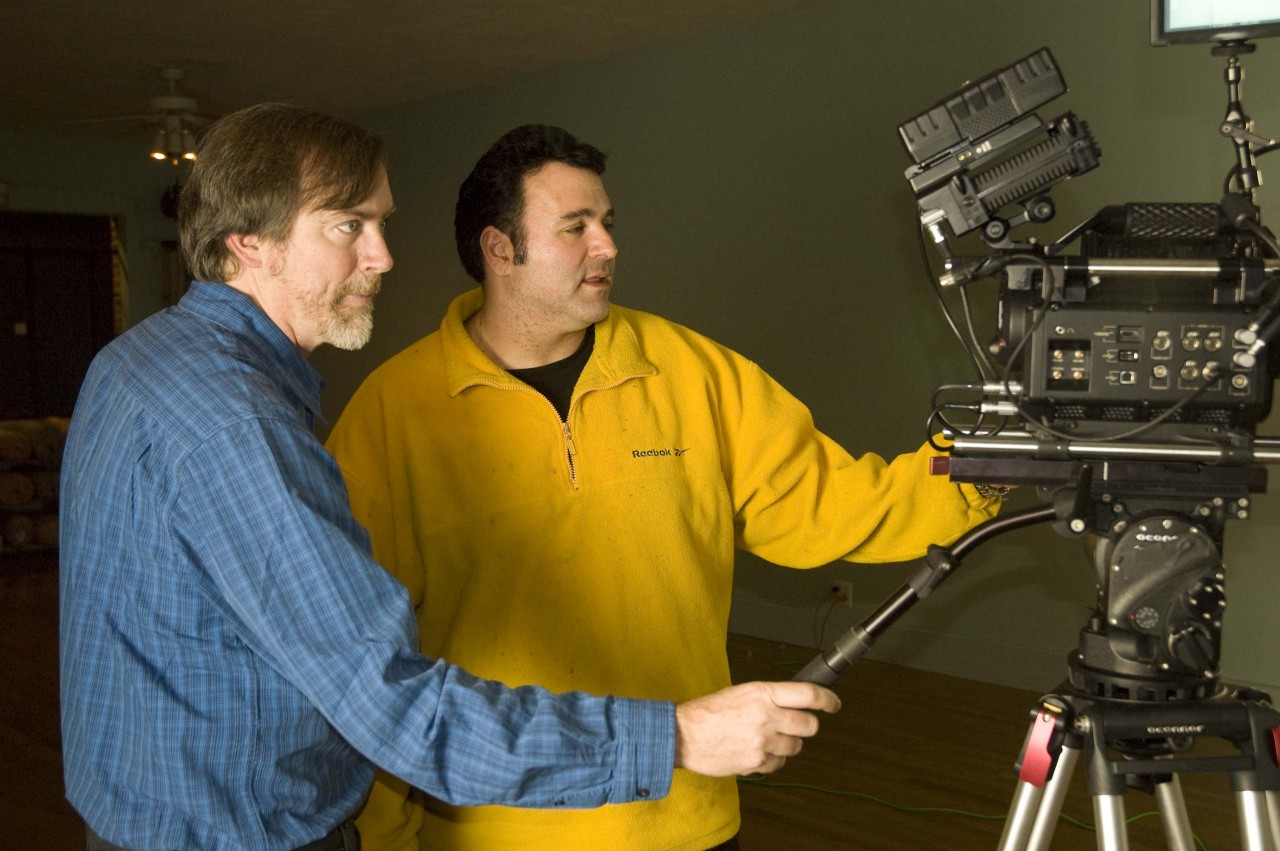 Sam is a New York-based director, writer, producer and the creator of the twice-monthly "So, You Want To Be An Actor," Workshop, which he is currently offering Virtually through SKYPE.

As a director and producer, Sam has worked with many actors, including Oscar-Winners Ernest Borgnine and Benicio Del Toro and Oscar-Nominee Sally Kellerman, Paul Sorvino, and Mickey Rooney. He's produced features all over the United States including Night Club in Los Angeles, Rex in Georgia and A Place for Heroes in Iowa. The Mandala Maker, a Live Action Short he wrote, directed and produced, qualified for the 2010 Oscars.

Sam was in L.A for meetings, putting together his healthy-budget feature Stay Fresh, which he wrote and will direct and produce, when the Shelter in Place rule was going into effect. He is counting the days until he can get back out there to finalize the deal. 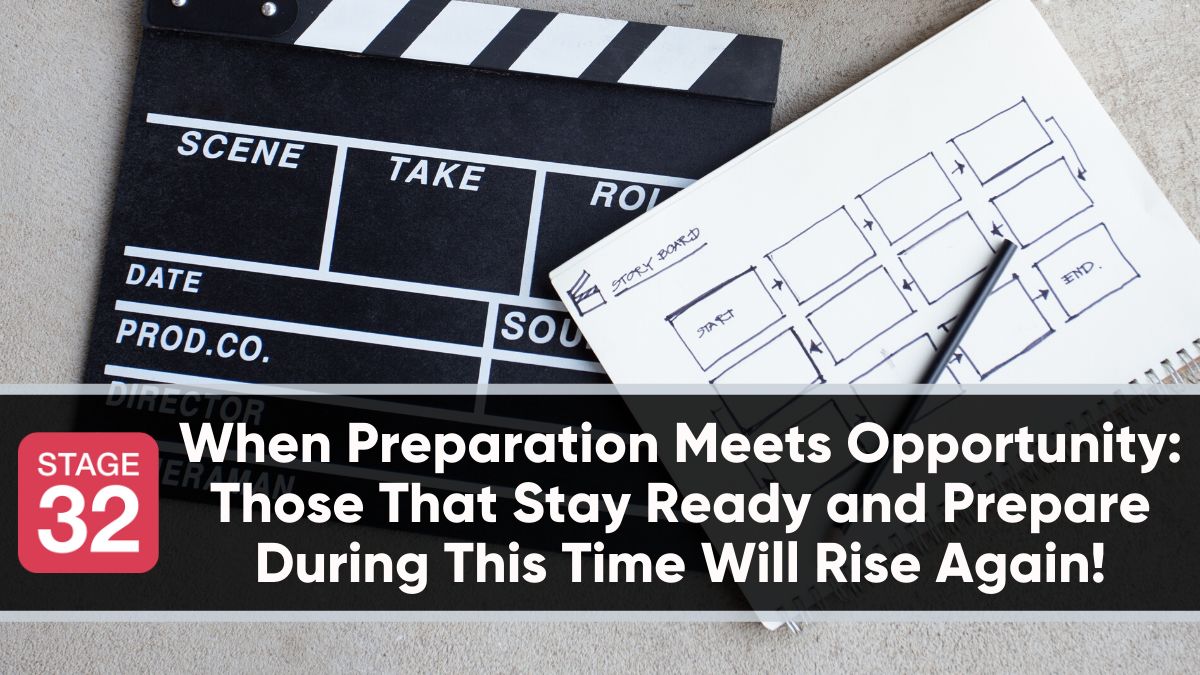