Why Hollywood People Never Say 'No'

I'll be posting a big announcement here on the Stage 32 Blog tomorrow.  Stay tuned.
In the meantime, here's a repost of a recent article from The Hollywood Reporter that I think you'll all enjoy on the fear based, noncommittal culture of Hollywood.  A million Hollywood dreams are kept alive daily on the promise of "Maybe."  Here's why.
Enjoy!
RB

Lunch? Call me (but I won't answer!): What's behind the entertainment industry's maddening, pervasive, conflict-avoidant, passive-aggressive and possibly pathological habit of just saying maybe to everything?

This story first appeared in the April 11 issue of The Hollywood Reporter magazine, written by Michael Walker.

Griffin never said no. He allowed them to leave his office thinking that although their chances were slim, yes, yes, yes, there was a possibility. … Griffin expected the writers to understand from his silence after a few days that they had failed." -- From The Player by Michael Tolkin.

Only in Hollywood could the simple act of saying no turn into an art form as freighted with psychodrama as a Bergman epic. Saying no, not by actually saying no but by not saying yes -- the default behavior by Hollywood players as portrayed by Griffin Mill, Tolkin's iconic studio chief -- accomplishes a multitude of agendas. Foremost, the lack of clarity leaves all options open. Actually saying yes or no has consequences: Saying yes to a tentpole that turns into a sinkhole or passing on a festival pickup that turns into the next Paranormal Activity can maim a career. Saying neither yes nor no can extend the shelf life of a non-decision to near eternity. In a business culture that defers decision-making as reflexively as it insists on opaque accounting, the no disguised as an artful maybe is an institution as cherished as the Hollywood Bowl.

"The culture of Hollywood is fear-based and cyclical," says Lisa Gache, author of Beverly Hills Manners. "Most people are afraid to commit to a yes or a no for concern of making a wrong decision and losing their job. This town is also famous for comebacks. One minute you're invisible, the next you're the toast of the town. A maybe allows the lines of communication to remain open, whereas a no might sever a future, potential business dealing."

So in Hollywood, where, as the late comedy legend Larry Gelbart pointed out, the truth is as stretchable as a limo, and one's business persona and personal life are co­dependent, an overabundance of caution inevitably filters down to the most mundane transactions. This makes turning down a date, a dinner or a charity as fraught as greenlighting the next installment of a fading action franchise.

Just how ingrained is Hollywood's devotion to the passive no? When THR contacted Tolkin through his manager to comment for this story, the screenwriter didn't say yes, nor did he say no. Just like his infamous protagonist, he never got back to us. (Update: On Friday, Tolkin emailed THR: "On the day I saw the request I was on set and the thought I had in mind wasn't witty and too complex for tapping into my iPhone. By the next day, and another pile of messages, including an hour of dailies and links to a dozen audition reels, the response was gone ... but ... had I completed the thought I was forming on the set, I would have said when Jay Maloney was my agent and after he got out of rehab the first time, a few years before he killed himself, he told me that the hardest and most painful part of his job was disappointing people, that he hated passing along bad news and hated saying no. I didn't add to his burden by saying, 'But that's life.'")

The sheer number of Hollywood lunch dates broken or never consummated by now outnumbers the stars in the Andromeda galaxy. But seldom does anyone in Hollywood outright refuse an invitation.

"They say, 'send me dates' and then never respond," says Lori Sale, of Artist & Brand Management. "Or, if the request for lunch is an email, they answer everything else in the email except 'yes' to lunch. Or there are the lunch dates that get made and then the assistant cancels, reschedules, cancels, reschedules, until the requester gives up." Adds agent Nicole Winnaman: " 'That sounds lovely' -- that's my no to lunch. If I really want to confirm, I just do it. Everyone's trying to keep their options open. It's code: 'Let me get back to you' means no." The show-must-go-on reality of the entertainment industry also offers an ironclad escape clause to the unwanted lunch. Bonnie Tiegel, senior producer at Entertainment Tonight, points out that "our TV feed goes on until 2 p.m. It's technically hard for me to be out of the office before 2, so I have a really easy out. I have so many excuses, if I don't really want to go, no one even asks me why anymore." Raw sarcasm is an option for the bold. Celebrity photographer Matthew Rolston favors New Yorker cartoonist Bob Mankoff's signature, "How about never? Is never good for you?" Says Rolston: "The simplest 'no' response is just not to respond at all. Ignorance is bliss!"

New York's famously blunt style may be overrated -- there's no shortage of East Coast-based passive-aggressive behavior (see surreptitiously closing lanes leading to the George Washington Bridge in a fit of pique). Still, L.A.-based bicoastals marvel at New Yorkers' ability to deliver a straightforward no without putting down their macchiatos. "They start with, 'No, that won't work for me,' " says Winnaman. "It's startling. You have to love the directness of New York. But it's culture shock to Angelenos. It's amazing how different the behavior can be five hours away."

No by proxy is Hollywood's version of the pocket veto, delivered by the equivalent of a Senate page, only with a Beverly Hills zip code and keys to a Tesla. "We are very good at getting our personal assistants -- and our business partners, agents and lawyers -- to say no for us," says producer Steve Tisch. When a former A-list actor wishes to turn down the C-list role he or she finds insulting without losing face, that is when the agent earns his 10 percent. "They just have their agents say that they're booked," says producer Keri Selig. Encumbering a script with impossible-to-secure attachments -- without alienating the screenwriter down the road -- is a favored straw man, says producer Celine Rattray. "When you send out a $5 million indie script to a financier, instead of saying no, they will say, 'We would greenlight this if Leonardo DiCaprio, Tom Cruise or Will Smith will star,'" says Rattray.

THE PSYCHOLOGY OF NO:

"The majority of successful people in Hollywood were born with an extra chromosome," says Tisch. "The chromosome has made us unusually nonconfrontational and very passive-aggressive." The Diagnostic and Statistical Manual of Mental Disorders defines passive-aggressive personality disorder as "a pervasive pattern of passive resistance to demands" marked in part by "passively resisting fulfilling routine social and occupational tasks." Such as dodging the third invitation from a once-powerful producer's festival screening. Or turning down a project, as event producer J. Ben Bourgeois observes, by offering a promise salted with a pinch of doubt: "We hope to make it work." Philip Pierce, a cognitive behavioral psychologist, UCLA lecturer and, of course, film producer, says that "saying no without saying no is an avoidance device that ultimately results in increased negative emotions. Neglected decisions jam up the mind, interfering with creativity and aggressive action, two of the major ingredients for success in Hollywood. When people don't say no when they mean no, they are reacting to the uncertainties of the business by creating more uncertainties. I encourage people to face their fears and say what they think."

THE JEFFREY KATZENBERG NO:

Rare is the Hollywood exec who has not fielded a call from DreamWorks Animation's Jeffrey Katzenberg soliciting donations to the multiple charities he chairs. His success in these endeavors -- which involves finessing and defeating that most delicate of no's, to a charity -- has influenced the ways and means of Hollywood fundraising. The standard charity dodge -- "My accountant is clamping down on me," notes producer Selig -- is a nonstarter with Katzenberg. "I learned a long time ago from Jeffrey that when you ask someone for a donation, you never hear the word no, even if the person isn't saying yes," says Ken Scherer, CEO of the Motion Picture & Television Fund Foundation. "Not taking a no increases the odds of a donation eventually." So likely is Katzenberg to be on the other end of the line for a charitable solicitation that the head of one of Hollywood's top talent agencies says that his automatic refusal to any request for a donation is, "No, Jeffrey."

An unintended consequence of 24-7 connectivity has been Hollywood conducting increasing amounts of business by technological proxy. "We text, email, leave voicemails and often times ignore returning calls," says Tisch. "God forbid we actually have to look somebody in the eyes and say, 'Was that script written by a 6-year-old?' " Says 2 Broke Girls actor Jonathan Kite, "I think all the social media makes it easier to blow people off. I have in my phone a to-do list of people to get back to, and I actually checked off one of them today. I always appreciate a direct phone call and try to give that back."

THE BEAUTY OF JUST SAYING NO

There walk among us Hollywood players willing to muster a direct no. They've reached a point in their careers where either they don't need the work or, in Joan Crawford's immortal words, have been to the rodeo and no longer scare easily. "Like most actors where maybe I didn't have a lot of work coming my way, it was very hard to turn anything down," says Beau Bridges. "Because I'm getting older, I find it a little easier to do it. So I just say, 'No, thank you.'" Says Funny or Die's Chris Bruss, "My first boss at CAA told me that one of the most important skill sets in Hollywood was to be able to deliver a no in a tactful way so that you don't burn any bridges." Says Kite, "When I want to say no to a project, I'll call my reps and say, 'To be perfectly honest with you, I am just not sure this is the right thing for me.' I try to be honest." Laura Wasser, a Beverly Hills divorce attorney, points out: "I am in the interesting position on the periphery of Hollywood where I say no quite often. If we have a client who is being unreasonable, I say no and explain the relatively clear law in the state of California. Although no's are often met with surprise, I feel that in the end, people appreciate not having sunshine blown at them."

Remarks encouraged and welcomed in the Comments section below. 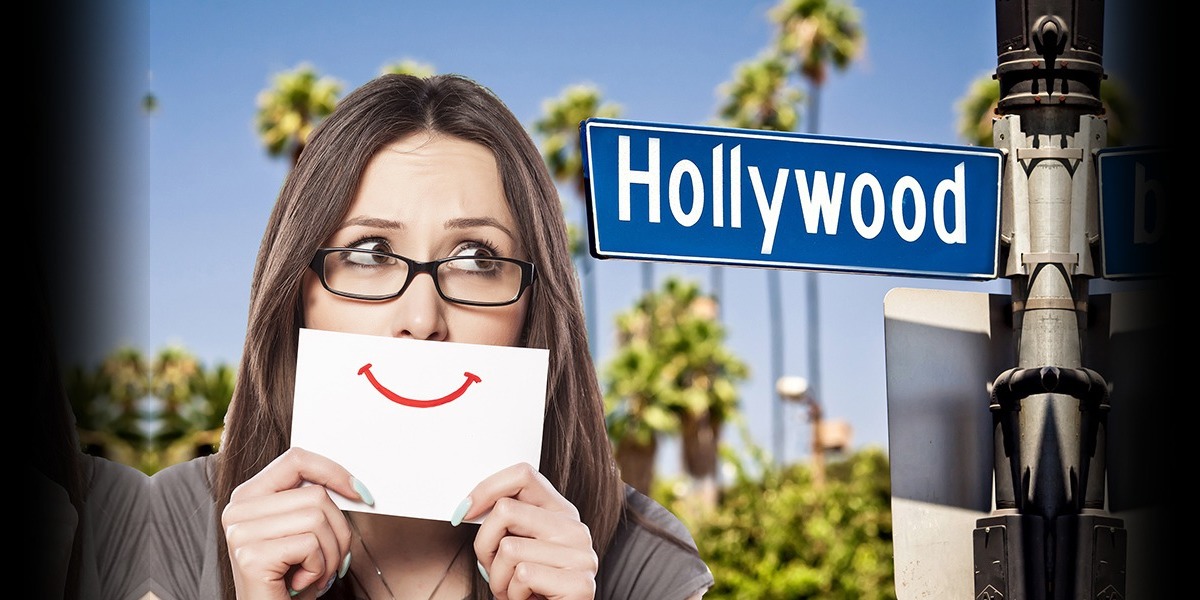