We've got some BIG NEWS!

I'm extremely excited to announce that Stage 32 has partnered with the amazing team over at The Writers Guild Foundation! We'll be hosting a number of writer focused special events together that'll be both entertaining and educational for all of our writer friends. And without further ado, here is the first live event:

As the landscape of storytelling on film, television and the web evolves and changes, more women are leading the charge in breaking down gender walls in the industry. Each has her own story and a perspective about the challenges that women face as writers and creators in the field.

The Writers Guild Foundation and Stage 32 are partnering on this special event, which invites writers to discuss their careers and their experiences working as a woman in the industry, from where they started and how they got their material noticed to what the future for women in media looks like and what inspires them to write every day.

Gina Prince-Bythewood, Screenwriter on The Secret Life of Bees, Beyond the Lights

Kirsten Kiwi Smith, Screenwriter on Legally Blonde, 10 Things I Hate About You

Deborah Schoeneman Writer on Girls, The Newsroom and Hand of God

Jessica Mecklenburg, Writer on Stranger Things and Being Mary Jane

Lauren Schuker Blum, writer on Orange is The New Black

Rebecca Angelo, Writer on Orange is The New Black

Dr. Rosanne Welch teaches the History of Screenwriting and One-Hour Drama courses for the Stephens College MFA in Screenwriting. Her writing/producing credits include Beverly Hills 90210, Picket Fences, ABCNEWS: Nightline and Touched by an Angel. Her current publication – Why The Monkees Matter: Teenagers, Television and American Pop Culture delves into the way the 1966-68 series changed television and transmitted culture. She has also been published in Torchwood Declassified: Investigating Mainstream Cult Television (I.B.Tauris); in Doctor Who and Race: An Anthology and she co-edited Women in American History: A Social, Political, and Cultural Encyclopedia (ABC-CLIO). “Transmitting Culture Transnationally Via the Characterization of Parents in Police Procedurals: Il Commissario Montalbano, Inspector Morse and Murdoch Mysteries” appeared in the New Review of Film and Television Studies - Special Issue on Crime Drama (June 2016) and her essay “Everything I Need To Know About A Career In Hollywood I Learned From Writing Scripts” will appear in PERFORM: Writing for the Screen, Directing for the Screen, and Acting for the Stage (Jan 2017). Her talk “The Importance of Having a Female Voice in the Room” was held at the 2016 TEDxCPP.

Doors open at 7pm. Event starts at 7:30pm. A networking reception will follow directly after the panel from 9pm to 10pm.

Stage 32 is dedicated to educating and empowering creatives from all walks of life, and as a continued commitment, we will provide every attendee with a free Stage 32 Next Level webinar (a $49 value), to help sharpen your skills and pave your trail in the industry.

Proceeds benefit the Foundation’s library and archive and other outreach programs. 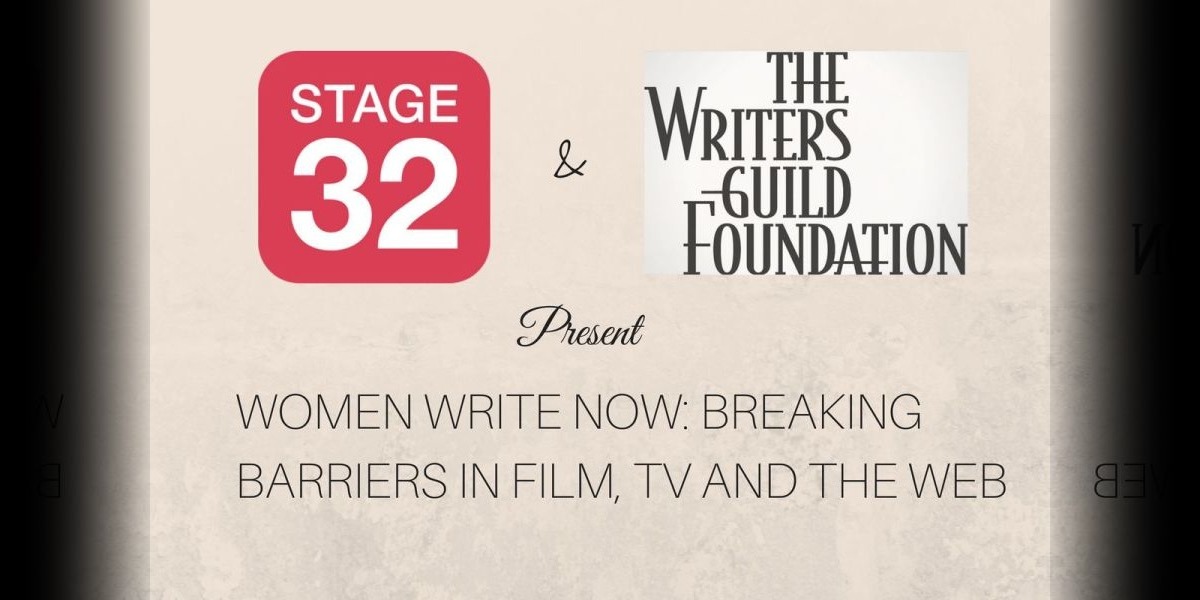