I am honored to present to you the worldwide premiere of the 3rd Annual Stage 32 Short Film Program. This program was curated by Stage 32 and the incredible industry executives (including Oscar winners, producers, managers and development executives) who judged our Short Film Contest. We are featuring 7 amazing filmmakers (from 4 countries) all with bright futures ahead. This is the same program that played at the 2018 Hollyshorts Film Festival and the 2018 Raindance Film Festival. The films and the filmmakers will also be exposed to over 500 more industry executives working with Stage 32!

This program is incredibly special to RB and me - we love seeing new worlds and contacts open up for these talented filmmakers. Love you guys and gals, keep making us and the Stage 32 community proud! 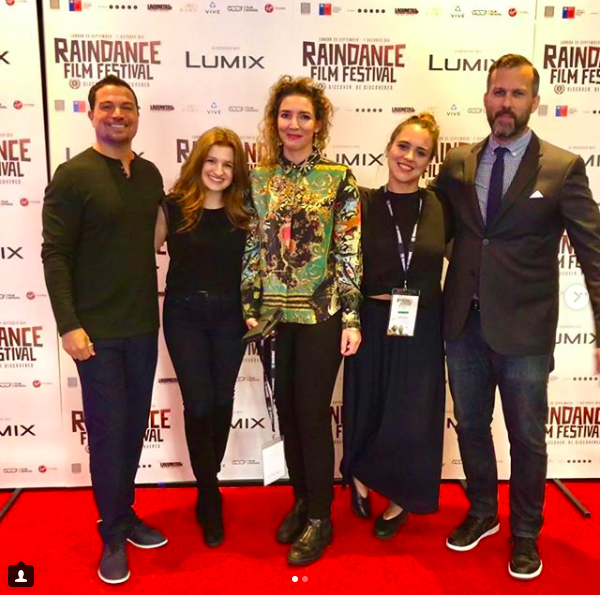 Now, no matter where you live in the world you are taking part in a unique and exclusive event! Once again, congratulations to all the filmmakers. And, stay tuned, we will be announcing the details for our 4th Annual Short Film Contest this month.

Impatient adoptive parents send secret letters to the teenage orphan Zolika, before meeting him in person. His emerging courage and hope helps him stand up for himself against his bully Feri, and dream of a better future for him and his beloved Dori. While the parents prepare for his arrival outside, Zolika has to find the ultimate solution to make sure his beloved Dori gets free from the orphanage.

Teréz Koncz is a London based Hungarian film director, graduated with Master's Degree from the University of Theatre and Film, Arts Hungary. After working on blockbusters like Godzilla, Guardians of the Galaxy and Jungle Book for three years in London, she turned back to film directing. Her first short film after graduation ‘The Letters' has won several awards, including the Grand Prize of the Stage32 Annual Short Film Program.

He’s everyone’s one stop shop for anything stolen or illicit, but his reasons for hustling are not as clear-cut as they seem. While maneuvering between disparate cliques and facing racism, he’ll be forced to question the immorality of his occupation.

Dinh Thai is an Asian-American director based in Los Angeles. He brings a youthful, multi-cultural viewpoint to his creative and energetic productions. His work blends visual style with realism, focusing on social media influencers, dialogue, comedy, celebrities, and storytelling — all with strong musical influences. Born in Vietnam, fled to France and finally settling in L.A., the 80s and 90s nurtured a fascinating cultural mix that strongly informs Dinh’s filmic approach and aesthetic. His commercial clients include Adidas, T-Mobile, and Toyota. Dinh’s narrative work has aired on HBO and CINEMAX. Specifically, MONDAY, a short film he wrote and directed has garnished over 50 festival awards and nominations, including placing first in the inaugural HBO Asian Pacific American Visionaries competition, Best Director, Best Actor and Next Generation Filmmaker Award at the prestigious NBCU Shorts Festival, Best Direction at the New York Television Festival and Best Short Film at ITVFest.

Two Worlds is a short story about two opposites coming together out of necessity and finding hope at the end of the world.

I am an award winning 3D animator and film maker based out of Minneapolis, Minnesota. I've been working in the 3D and VFX industry for 15 years and always looking to advance my field in film and directing.

An assertive young woman reverses the traditional gender roles to seduce her prey, only to discover that she must overcome the hunter within to get what her heart desires.

Zara Burdett was born and raised in London, UK and has a history degree from New York University.She has extensive experience in film and documentary, having worked for Rachel Weisz, Darren Aronofsky and Wes Anderson. Zara has written, directed and produced two award-winning short films and is represented by Echo Lake Entertainment and UTA in Los Angeles. She is currently developing the script for her first feature and lives between London and LA. 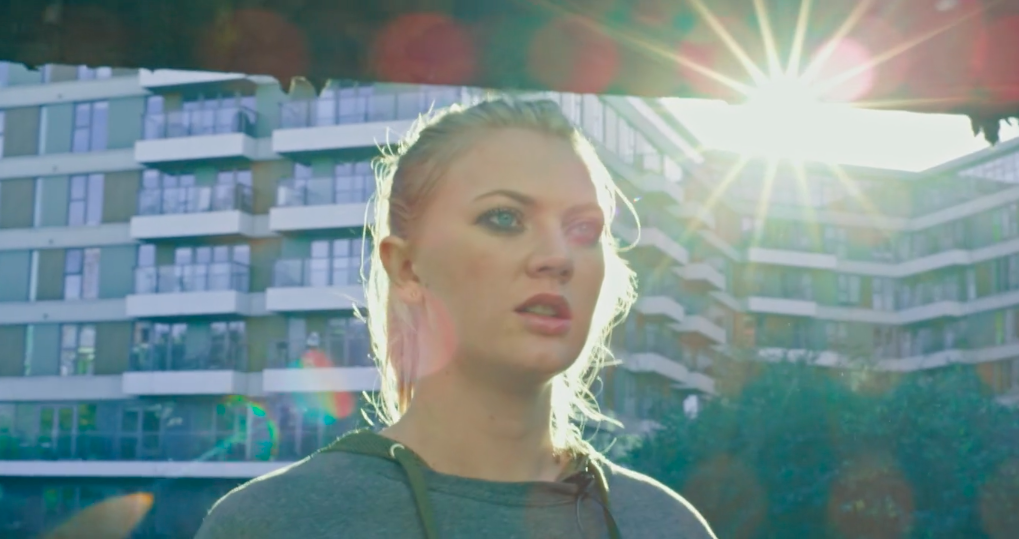 Genesis is an artistic, experimental fantasy film about the horrible situation in Syria and the way the media covers it.

Abtin graduated at Tehran Soureh Art University. He has made 6 short films and his last film Genesis has been selected to be part of 110 festivals and won 22 awards. Abtin was part of the selection committee for the Tehran International film festival.

A comedy about love, dating and all that crap.

I’ve directed 3 award-winning shorts and a feature that have played at hundreds of film fests. The feature got distribution in U.S. theaters and in around 75 countries worldwide. I’ve also written over 2,000 music videos and commercials (for everyone from Britney and Beyoncé to Toyota and McDonalds).

Arielle Haller-Silverstone is an award-winning New York City based actress and filmmaker. She is a graduate of American University, and Michael Howard Studios Two-Year Conservatory. She is also a proud member of New York Women in Film and Television (NYWIFT). She recently performed the third sold-out run of her one-woman show, Doris Day: What Will Be, at the United Solo Theater Festival, the largest collection of solo shows around the world. In 2018, she created the story and starred in the short film, Sac de Merde. Sac has screened at over 75 film festivals around the world, winning more than 25 awards, including “Staff Pick," “Audience Award- Best Comedy,” and "Best Romantic Comedy." The Sac team is currently in prep to turn the short into a series. Think Sex and the City meets Curb Your Enthusiasm, with a sprinkle of Girls. She aspires to be a millennial Marlo Thomas, and join the ranks of her fearless and funny female predecessors.

When a mysterious briefcase is stolen by her boyfriend, a young woman fights to reclaim it before his team of ruthless female assassins kills her.

In 2008, Aaron read a New York Times article about playground basketball legend Jack Ryan that would change his life forever. The story inspired Aaron to make a film about Jack's life while still working full-time as a trader at JP Morgan. Three years later, "Release: The Jack Ryan Story," was sold to 20th Century Fox to be adapted into a feature film and Aaron signed a writing deal to develop additional projects with the studio. Subsequently, Aaron was signed by the Gersh Agency and quit his corporate job to become a full-time filmmaker in 2010. Aaron completed the Professional Screenwriting Program at U.C.L.A's School of Theater, Film and Television and has developed film projects with producers including Warner Brothers, Anonymous Content and 20th Century Fox. 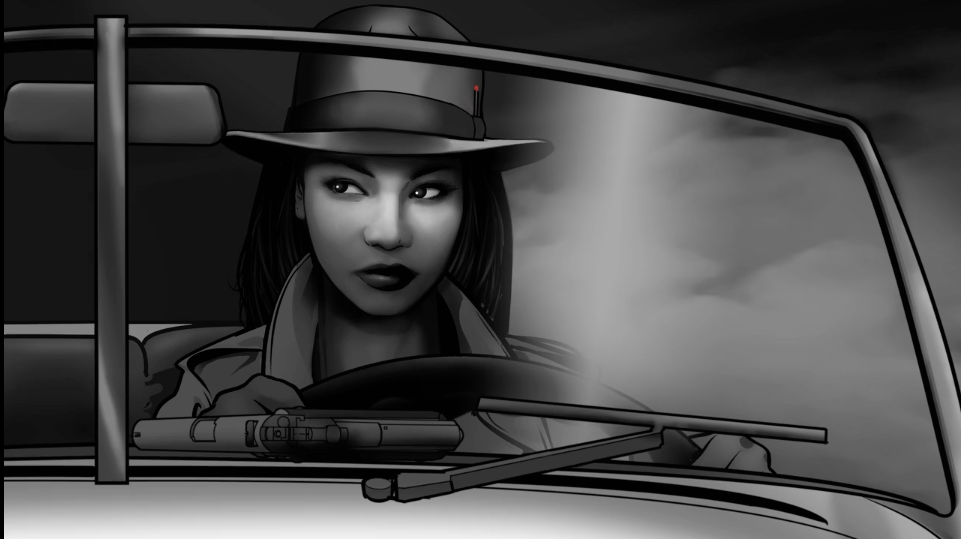 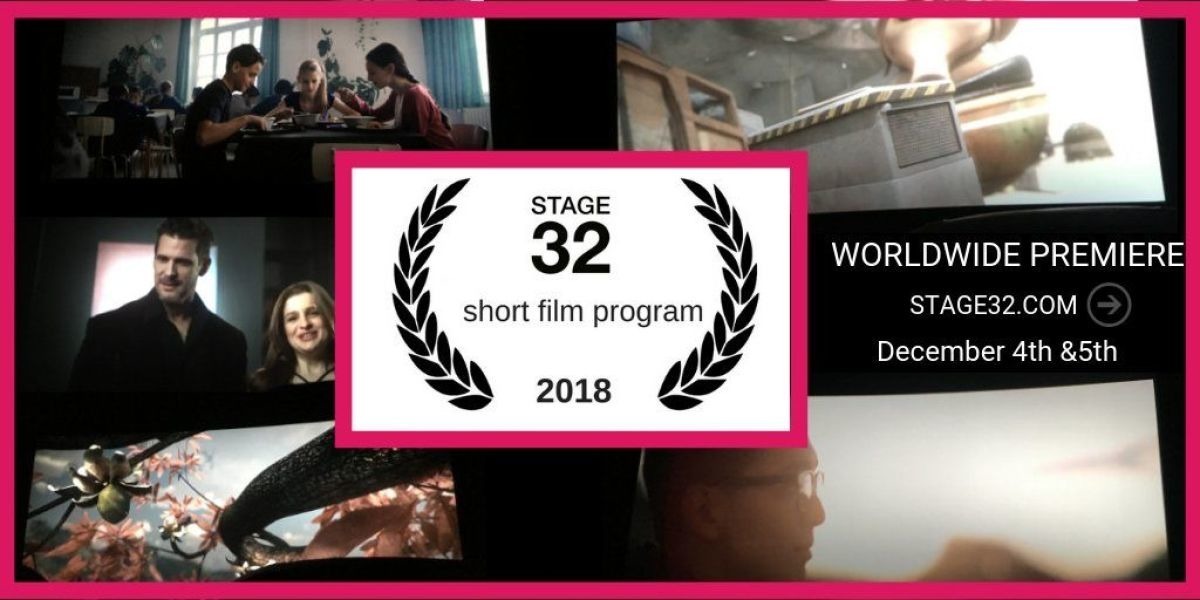