A Closer Look at This Year’s Annie Best Feature Nominees

A Closer Look at This Year’s Annie Best Feature Nominees 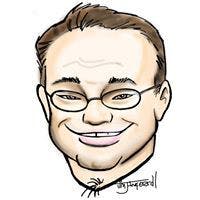 This blog will focus on the feature film categories, specifically Best Feature. Hopefully, a future blog on the TV entries can happen before the 2022 Annie Awards ceremony happens in February 2023.

The list of Annie nominations came out last week, and I think I’m more excited about the Annie Awards this year than I have been in a long time. Here are the Annie Awards Best Feature Nominees:

That list doesn’t include some of the great independent animated films that caught a lot of people’s attention this year, like Marcel the Shell With the Shoes On and My Father’s Dragon (both were nominated for Best Indie Feature along with Charlotte, Inu-Oh, and Little Nicholas, Happy As Can Be)**.

Marcel was mostly a live-action feature with animated characters, but it struck a chord with a lot of people with its heart, and the animation that is in it is wonderful in its apparent simplicity.

The argument could be made that Pinocchio is likely the odds-on favorite to win multiple awards, but personally, I don’t think it’s a foregone conclusion. It’s weird to consider a Pixar or a DreamWorks film to be a dark horse, but Turning Red could surprise, and Puss in Boots: The Last Wish is very deserving of every award it's nominated for and could easily steal some of Pinocchio’s momentum.

The films that were nominated for Best Feature demonstrate the best in filmmaking, not just the best in animation.

To be honest, my favorite animated film of 2022 was Wendell and Wild. Co-produced by Monkeypaw to stream on Netflix, this film had everything you would want in an animated feature. It had beautiful production design, imaginative characters, and a story that could only be told through the medium of animation. The story also had both humor and heart. Plus, there was strong thematically without being overly preachy. The animation was stop-motion, and it out Tim Burton-ed Tim Burton, in my humble opinion.

The reason for that is that the production design was muted in its beauty. Like Pinocchio, there were no bright or saturated colors in Wendell and Wild. It was a movie primarily told in gray tones that made the movie feel cold, which was the intention. The movie primarily takes place in winter and deals substantially with the issue of death. Whenever characters were outside, you could see their breath, and there was some other terrific VFX in the film. To be honest, I’m a little surprised that this one didn’t get nominated in the VFX category. But that is a subject for another day.

What struck me about the movie the most was that it was dark and gloomy, and it felt cold, like death. That is until the climax rolled around, and Kat, the main character, learned to move beyond the death of her parents and live her life. The color palette remained muted, but tonally it became much brighter and warmer. Director Henry Selick and production designers Paul Harrod, Robin Joseph, and Lou Romano did a great job of using the production design to not only set the mood of the story but to help tell the story. It’s the kind of thing that most people watching the film won’t even notice but will pick up on it subconsciously. This truly was a masterful bit of filmmaking.

As Guillermo del Toro has said, animation is cinema, and all of the Annie nominees for Best Feature proved that fact. Especially his own Pinocchio, which was another stop-motion film with a muted color palette that was beautiful and vibrant, despite its lack of vibrant colors. What separated Guillermo del Toro’s Pinocchio from the other features was the dramatic lighting by cinematographer Frank Passingham and production designers Guy Davis and Curt Enderle. Everyone knows Guillermo del Toro is a master filmmaker, and his talents have rarely been on finer display than in Pinocchio. Bearing little resemblance to the Disney version that most people are familiar with, this version deals more with humanity and how inhuman humans can be to each other. It’s a deep story and an exceptionally well-made film. 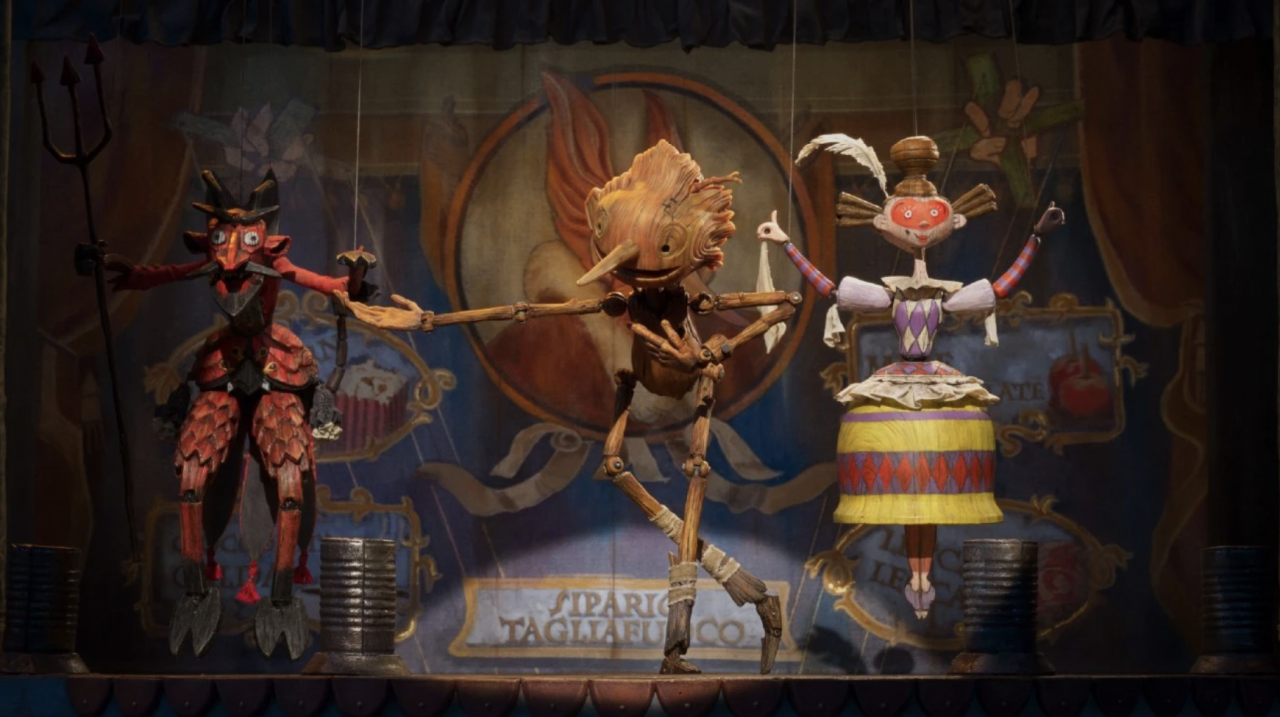 Puss in Boots: The Last Wish might be the strongest movie of the bunch from a thematic standpoint. It was a much more sophisticated movie than I was prepared for, and it tugged at the heartstrings more than previous films of the Shrek franchise. What’s interesting is that this film, along with The Bad Guys, the other DWA effort from this year, is that they seem to have fallen into the Into the Spiderverse dimension, where they’re changing animation styles in the films, but it’s hard to see where the motivation is coming from for those changes. It’s cool to look at, but it’s hard to see how those changes enhance the film.

Turning Red, the Pixar film nominated for Best Feature, had some of that same Spiderverse vibe as well with the changing animation styles. I must admit that I liked this film a lot more than I thought I would going in. I am a middle-aged white male, and I am most decidedly not the target audience for Turning Red, and yet I found myself relating to the characters in it, almost by proxy. I also have a family, and watching the relationship between Meilin and Ming was a little like watching a movie about my own wife and daughters. I also had a ton of empathy for the father, Jin, as he tried in vain to offer support and positivity in a situation that he was hopelessly unprepared for. That all made Turning Red the most relatable movie of this bunch. Yes, the family in it was of Asian descent, and the folklore involved was Asian as well, but the issues the film raised were universal, and anyone who has lived through anything like this could find empathy for these characters.

Another thing working in Turning Red’s favor is that it’s a female-driven film that focuses primarily on relationships that are not necessarily toxic but do have to be repaired. The plot was more or less of secondary importance in this film, and it served primarily to develop the relationship between Meilin and Ming so that they could come to some resolution at the end. Again, this was a film that had a much more sophisticated thematic component than I was expecting, and it made the film that much more enjoyable.

Finally, The Sea Beast rounds out this year’s batch of Best Feature nominees, and it probably has the longest shot of winning. I enjoyed the movie immensely, but I kept feeling like I was watching a How to Train Your Dragon remake. It hit on a lot of the same beats and was structured very similarly. That’s not to say it wasn’t a terrific movie in its own right. It was beautiful to look at and very entertaining. Unfortunately, it’s just the weakest film in a very strong batch of films.

What 2022’s crop of animated films showed me was that the animation industry is as healthy as it’s been in a long time. There are more talented voices than ever before, and that talent is showing itself in the diverse group of films that were released in 2022. Again proving that animation is not a genre. There were family films, adventure films, comedies, dramas, and fantasies, and animation was even used to produce a fake documentary. The talented people in the animation industry proved that there is no style or genre of story that animation can’t tell. While I was watching these films, especially Wendle and Wild, Puss in Boots: The Last Wish, and Guillermo del Toro’s Pinocchio, I was thinking to myself that these are not just great animated films. They are great films.

Do you have a script for an animated film or in the family-friendly genre? Make sure you submit your script to the 2nd Annual Family Friendly Contest!

Got an idea for a post? Or have you collaborated with Stage 32 members to create a project? We'd love to hear about it. Email Emily at blog@stage32.com and let's get your post published!

Brian has been a professional screenplay reader since 2006, and has written coverage for over 1,000 scripts and books for companies such as Walden Media and Scott Free Films. Scripts and books that Brian has read and covered include Twilight, Touristas, Nim’s Island, Hotel for Dogs, and Inkheart. Br... 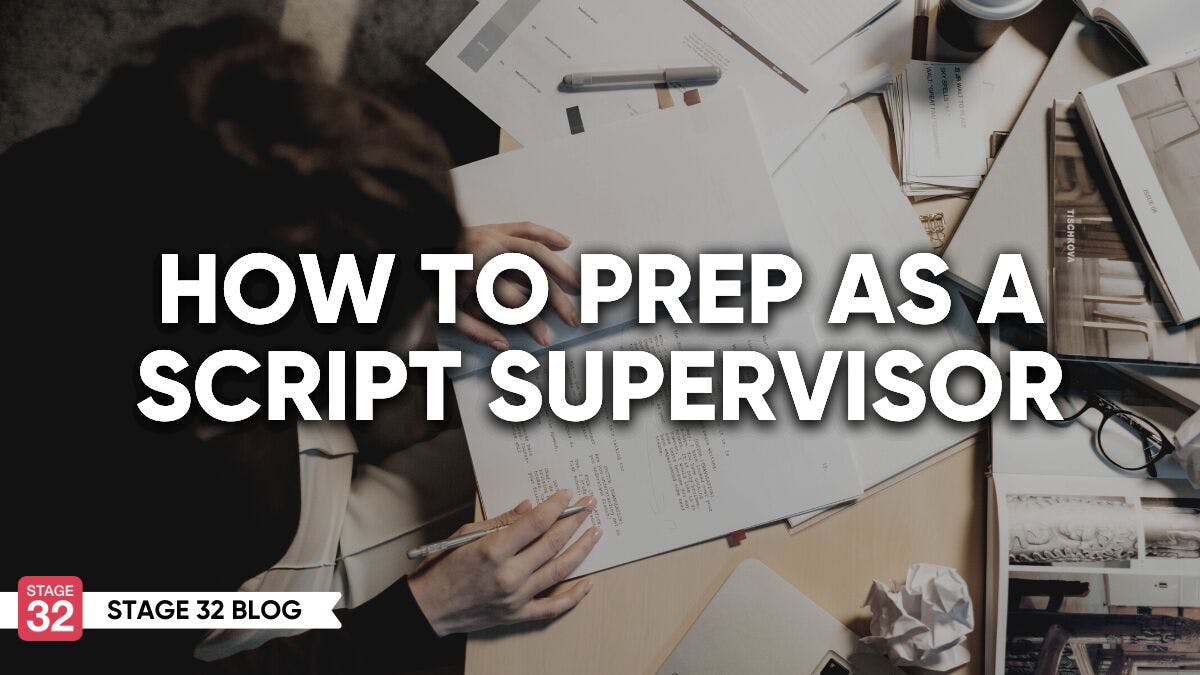 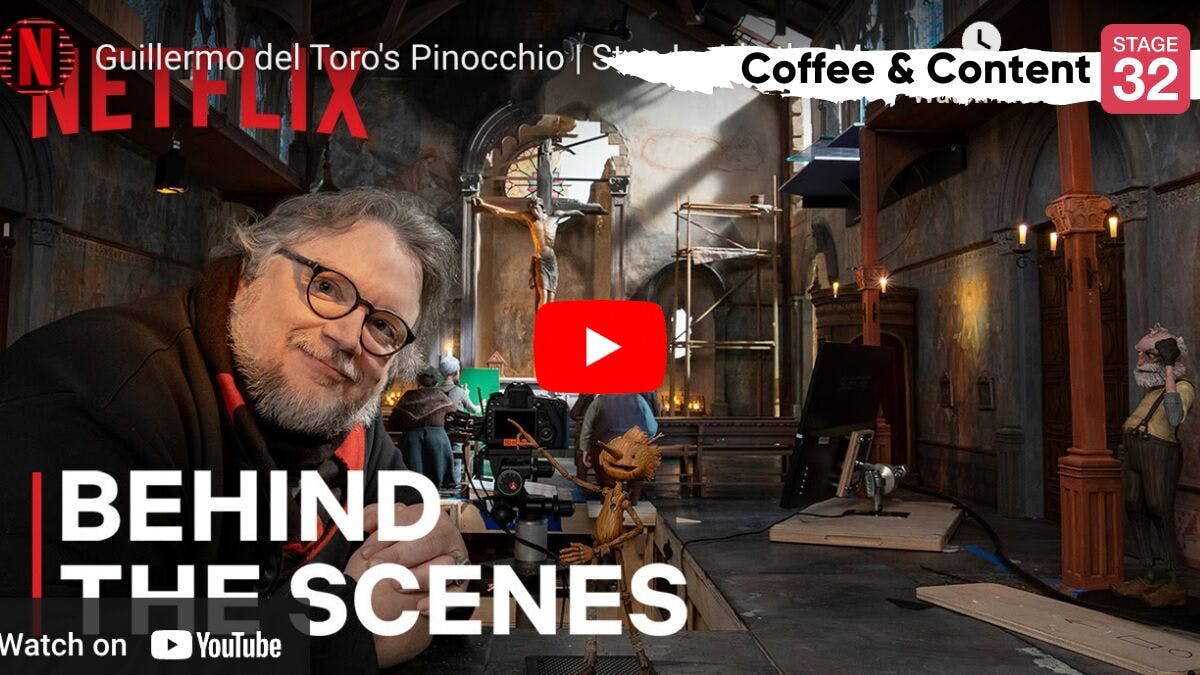 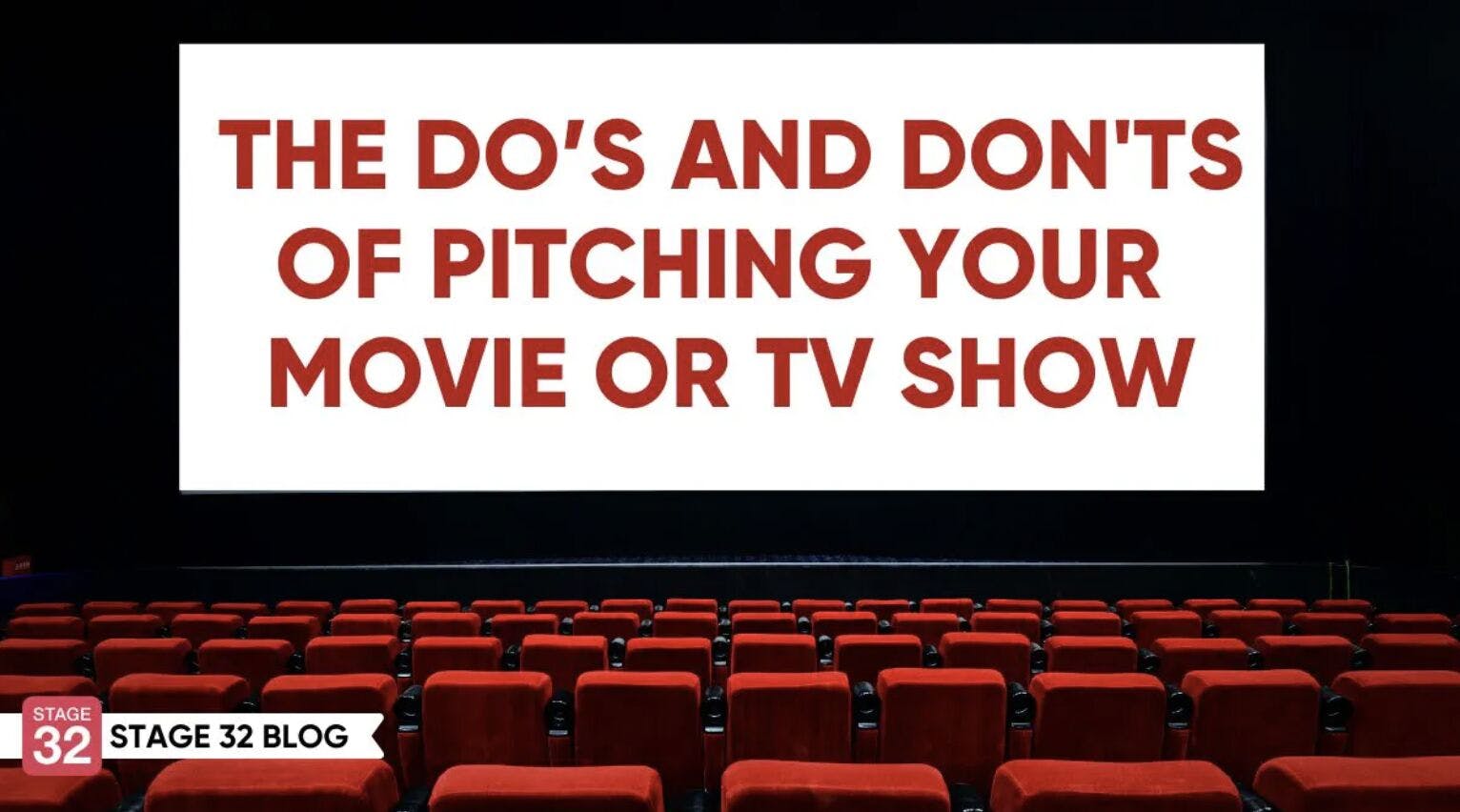 The Do’s And Don’ts Of Pitching 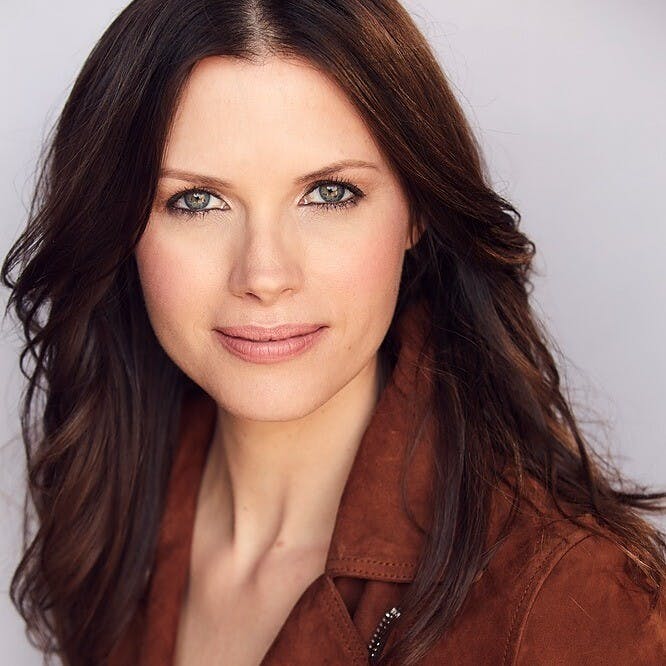 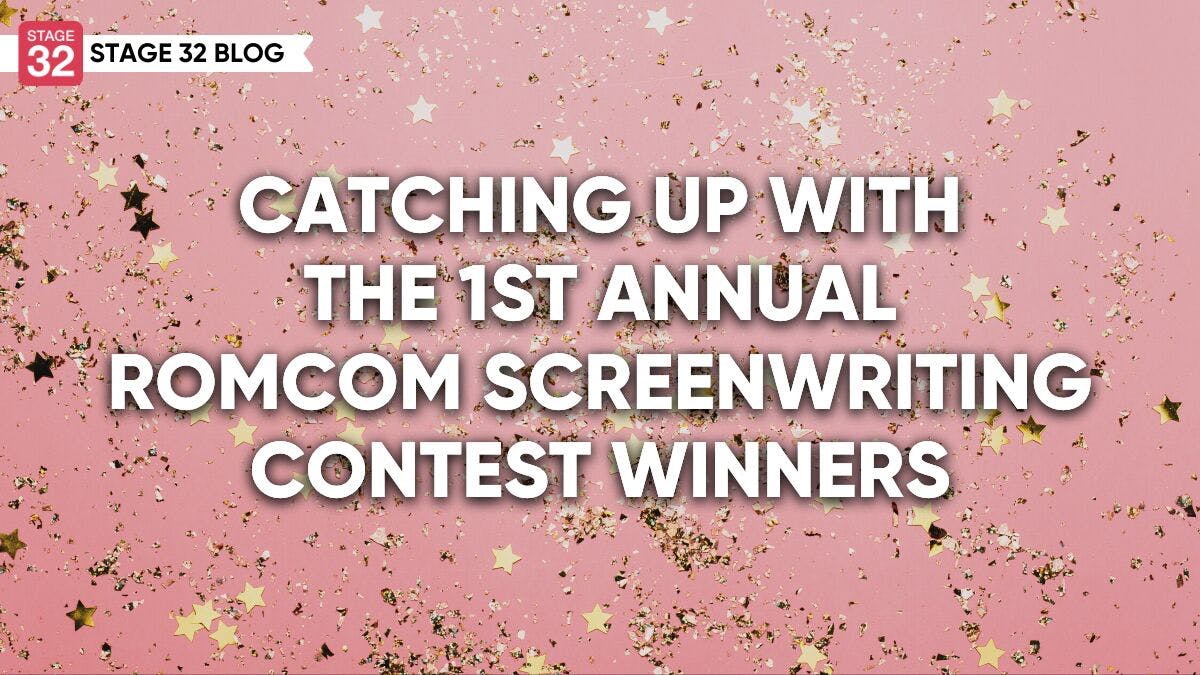 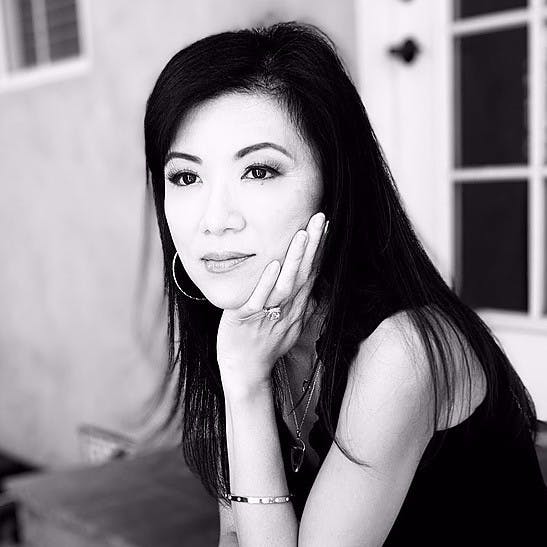