Posted 8 years ago by Sam Haskell 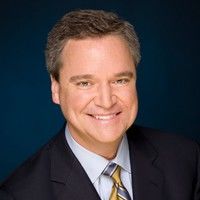 As time has passed, friends in the network and studio business have told me that the day I retired, the heart and soul of William Morris retired with me. 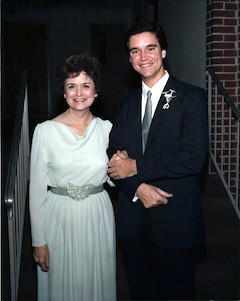 Sam Haskell and his mother
Now this is a thrill.

This is an honor.

Today, we begin a two part series with Sam Haskell, including an excerpt from his amazing memoir, Promises I Made My Mother.

"Who is Sam Haskell?" you ask?

"Where should I begin?" I answer.

In 2007 Television Week Magazine named Sam Haskell, III "One of the 25 Most Innovative and Influential People in Television of the Last 25 Years," an honor he shared with Bill Cosby, Ted Turner, Barbara Walters, Oprah Winfrey, Walter Cronkite and other television legends. Haskell earned his ranking among the industry's best through his 26-year career at the renowned William Morris Agency where he was one of the most powerful agents and dealmakers in the business.

Originally from Amory, Mississippi (population 7000) and a 1977 graduate of the University of Mississippi, Haskell's career began in the Fall of 1978 when he moved to Los Angeles and fought his way into the renowned William Morris Agency mailroom, about which David Rensin wrote extensively in his 2003 bestseller "The Mailroom: Hollywood History from the Bottom Up." By May 1980, Haskell was promoted to agent in the TV Variety Department where he packaged specials starring Lily Tomlin, Lynda Carter, Debbie Allen, David Frost and Diana Ross. In 1990, he became the Agency's youngest Senior Vice-President, and in 1994, was elevated to the position of West Coast Head of Television. In 1997 he was named Executive Vice President and a member of the WMA Board of Directors, and, in 1999, he was appointed to the esteemed position of Worldwide Head of Television.

Haskell oversaw the "packaging" of all agency-represented network projects, including such mega-hits as "The Cosby Show," Fresh Prince of Bel Air," "Mad About You," "Everybody Loves Raymond," "Lost," "Murphy Brown," "Sisters," "Suddenly Susan," "Live with Regis & Kathie Lee," "Diagnosis Murder," "King of Queens," "Las Vegas" and "Who Wants to Be a Millionaire," among many others. 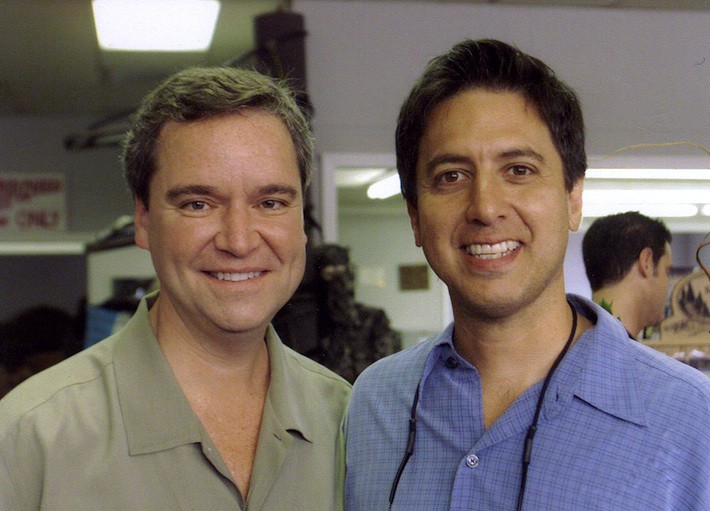 Widely known as "the nice guy in Hollywood," Haskell is revered for rising to the top of a turbulent and often conscienceless business with his character, integrity and value-system intact. His reputation for honesty, integrity, loyalty and fairness made him a consistent force in a sea of inconsistency and someone with whom actors, writers, directors and other industry professionals were eager to work. He is equally well-known for his far-reaching philanthropic endeavors, notably serving as executive producer of "Mississippi Rising," a three-hour, MSNBC special hosted by Morgan Freeman which raised over $30 million for the victims of Hurricane Katrina. As Chairman of the Mary Kirkpatrick Haskell Scholarship Foundation founded in his mother's memory, Mr. Haskell's biennial "Stars Over Mississippi" benefit concerts in Amory have raised millions of dollars in college scholarship funds for Mississippi youngsters in need of financial assistance to further their education. In addition, Mr. Haskell serves as Chairman of the Board of Trustees of the Miss America Organization and Executive Producer of the Miss America Pageant telecasts. Over the last 15 years Sam and his wife, Mary, have helped to raise over 55 million dollars for charitable causes. 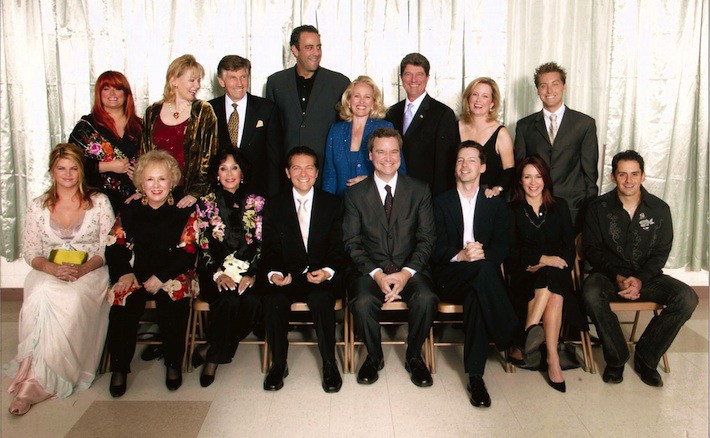 Sam Haskell with cast of "Stars over Mississippi"

His memoir is about life lessons his mother taught him that he incorporated into his day-to-day life as one of the most powerful executives in Hollywood. He never changed who he was or his core values. Those who worked with him - yes, all those egos - had to adapt to his southern manners and approach. And Sam being the man he is, they were more than happy to do so.

I encourage all Stage 32 members to leave Sam a question in the Comments section below. Sam has agreed to choose 5 questions that he will personally answer, and reward those 5 Stage 32 members with an autographed copy of his book, Promises I Made My Mother.

In addition, Sam has generously offered the proceeds from the sales of his book through Stage 32 to the Mary Kirkpatrick Haskell Scholarship Foundation.

A more decent and generous soul you cannot find. I thank Sam for giving us this gift.

I retired from the agency business as the Worldwide Head of Television at the William Morris Agency seven years ago. Some of my old friends and colleagues have said that my departure signaled a shift in the agency business. When I decided to make a change, I left a legacy of honest dealings, giving both sides of a negotiation the feeling that they both had accomplished something, and honoring a handshake.

As time has passed, friends in the network and studio business have told me that the day I retired, the heart and soul of William Morris retired with me.

Understanding the ripple effect of every decision no longer exists. I spent as much time trying to handle the results of each and every decision that I made, as I did actually making the decision. Through many conversations with the agents, managers, actors, directors, writers, and executives who I remain close to today, I have learned that the "shift" I referred to above has resulted in no more hand shakes, less trust, more greed, no accountability, and absolutely no concern about the "ripple effect" of daily decisions.

This doesn't mean that there aren't good people in the agency business. I have friends who are the "good guys" at every agency in Hollywood. What it means is that more attention needs to be paid to doing the right thing. Instead of an agent saying they'd do ANYTHING to make a deal for their clients, I would hope that agents will shift their focus on doing the RIGHT thing to make a deal for their clients. That's the way to know, like, and maintain who they are as business men and women, but ultimately the answers can only come from those looking back at us in the mirror!

I long for the day when simple life lessons in character and integrity will allow a deal to once again be closed with a handshake.

EXCERPTS FROM Promises I Made My Mother:

Each of us has our own goals and dreams, and our own visions of what we want to achieve in life. No one else can provide that for us. The question, though, is how do we make those dreams come true? How do we get there? Library shelves are stuffed with books containing "surefire" strategies and suggestions. But because of my mother's encouragement and wise example, the question for me has never just been about how to get what I want, but how to create an atmosphere in which others are genuinely happy to help because we can all be rewarded in the end.

During my twenty-five years at William Morris, as I rose through the ranks from the mailroom, I refined this idea and created a concept I call being "thoughtfully political." I've lectured on it around the country, from boardrooms to churches to school assemblies. The response has always been enthusiastic. Afterward, people always want to know how to best apply the concept to their own lives. I realize that some people might focus on the word "political" as a negative, as if being conscious of what you want and figuring out how to get it means doing something dishonest. Not at all. Being political is simply having a thorough sense of the big picture so you can see the people and issues involved in three dimensions, including the other people's points of view.

And to me, "thoughtfully" has always been the more important word. To be thoughtful means to "think" about what you want. If you're thoughtful, you understand that we are all related, and that to achieve a positive outcome for everyone involved, there's an absolute need for give-and-take. Being thoughtfully political is simply a way of overcoming natural obstacles to the integration of your needs and the needs of others. It's a way of figuring out where the common ground for the common good lies, while not losing who you are or what you want in the process.

The key is to treat others as you would like to be treated.

It's the Golden Rule.

Tomorrow, Sam writes about how encounters with three actresses at different times in his career demonstrated how his mother's advice-to give what others need in order to get what you need-works, no matter what the era. And, how living a life "standing in the light" benefits all.

To purchase Sam's book click here: Promises I Made My Mother. Remember, Sam is generously donating the proceeds from Stage 32 members sales to the Mary Kirkpatrick Haskell Scholarship Foundation.

There are now 2087 blog posts for you to enjoy. Search them all by tags below. 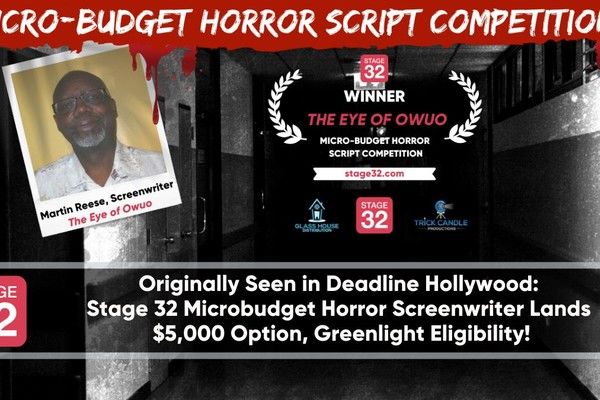 5 Common Scene Struggles and How to Fix Them 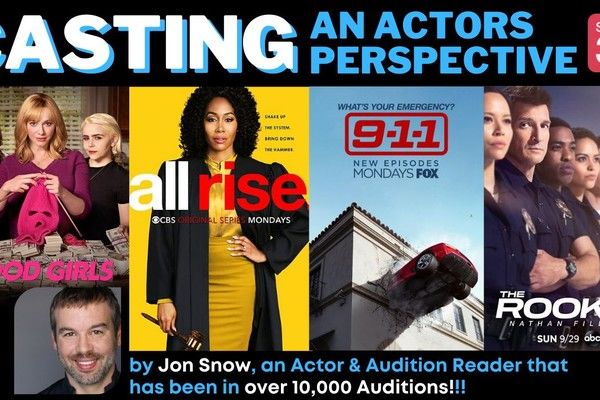 Mental Health & Why it Should Be Part of Your Creative Process 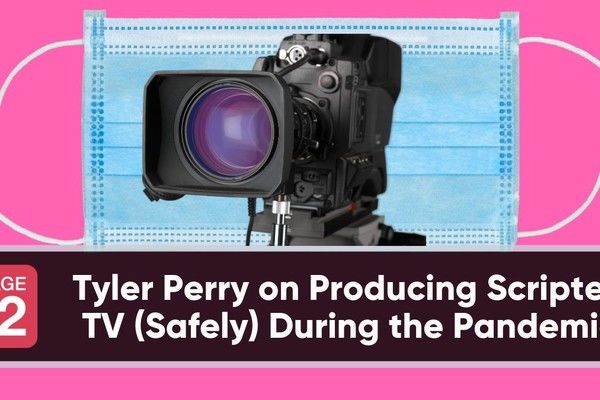 Tyler Perry on Producing Scripted TV During the Pandemic 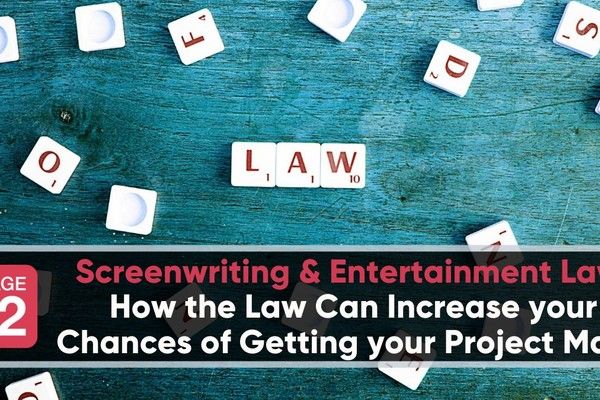 Screenwriting & Entertainment Law: How the Law Can Increase your Chances of Getting your Project Made