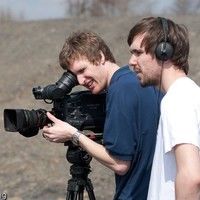 One of the great pleasures running a site such as this is watching a member of the community rise up, take control of their destiny, and find success. Stephen Richard Melling was one of the first members of Stage 32. I remember when he joined. He stood out. He asked questions. He made contacts. He posted information and initiated conversation. He was selfless in his approach. Other members of the community took to him immediately.

Nearly nine months later, Stephen has completed his first narrative short: Vibration. The film is currently in competition at the Virgin Media Shorts film festival. It's a wonderful piece of work which plays even more impressively given the guidelines of the festival - creating a film with a narrative structure that runs no more than 2 minutes 20 seconds... no simple task, but one handled deftly by Stephen and his crew.

And what of that crew? Well, Stephen found his producer and many of his technical staff right here on Stage 32 through his drive and desire, by participating, by networking.

Please take a few minutes to watch the film and share it with others. The more likes Stephen receives, the better his chances. I also hope you'll leave Stephen some remarks in the comments section below. He will also be available to answer any questions you may have about his networking style, his directorial debut, or anything else you may have on your mind.

Correction: The script for Vibration was actually found on the terrific screenwriting site Movie Poet - My apologies for the confusion.

I'm one of those people standing on the outside of the film industry circle wondering how to get in.

One of my attempts was started on this very site, Stage 32. The concept seemed simple; connect with as many people as humanly possible. Collaborate with writers, collaborate with crew, make a solid film, and enter a film festival... and win.

OK so maybe the last part is the tricky bit, but it is important to take something like this step by step.

The film festival I had in mind was one called Virgin Media Shorts. It is getting more and more popular each year in the UK and offers a fruitful prize of lb30,000 film funds. The only major guideline to the festival is the film has to be 2 minutes 20 seconds or less.

My inspiration for all this was drawn from the lack of freelance camera and editing work I had been getting - a job I had now been doing for 3 years since leaving university. That and not making any of my own shorts since leaving uni kind of kept me in a lull of the uninspired. This I needed to change.

I worked at it; there is no doubt about it. To get connections, to get recognised; even on a site like Stage 32, which is brilliant for it, you have to work at it. It was handy in a way because the lack of paid work meant I had the time to connect and collaborate almost as a full time job - 9am - 5pm. This was unpaid of course but every time I clicked that little 'add' button I thought maybe this will be the one to get me into the film industry, maybe this person will see something in me and give me a chance. Who knows? So I kept clicking and I kept interacting with the community.

I feel it is important that if you want to be recognised, don't just talk about yourself, actually interact with the community and give advice, feedback, etc. There is a fine line between self marketing and spamming. Plus the stink of desperation will smell from miles away.

After a lot of connecting I decided the time was ripe to try some sort of collaboration. I made a post in the Stage 32 Lounge asking if any writers would be interested in starting something up, 'say for a 2 minute script?' I was overwhelmed at the response I got. 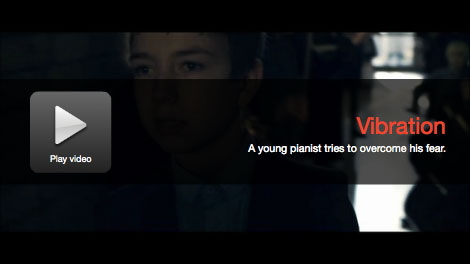 Once I found a script I liked I immediately started looking for ways to finance it. This was always going to be the difficult part in my view - Convincing people to spend money on a not for profit short isn't exactly the easiest of tasks.

There is a selection of sites to help you in this of course - Kickstarter, Sponsume, IndieGoGo... However, at no point did I make this my main aim. The chances of succeeding on a site like that seemed slim, but I thought if it provided a little extra money towards the film then it couldn't hurt.

The other ways I planned to finance the film was contacting local companies, friends, family, charities (who may feel they could benefit from using the film as an advert of some kind) - although the chances are small, all of this seemed possible to me at the time. Self-confidence and confidence in a project goes a long way.

You cannot sell an idea if you are not passionate about it yourself. I was very passionate, which I suppose could be the reason I didn't need to do any of the aforementioned financing schemes. Within one week of selecting a script a producer on Stage 32 contacted me asking how much I would need to make the film. After a brief discussion about the project he offered me the full amount.

I set the budget to a very reasonable amount. I called in favours from the cast and crew to work for free so I could spend all of the budget on the essentials such as location hire, camera hire, van hire, catering and travel expenses. Lets face it, if you make a decent film - everyone will do well out of it.

I suppose my role up to this point had been entirely that of a producer. But the only reason I had filled this position is because there was simply nobody else to do it! My main aim before beginning this project was to direct a short film - with pre-production well on the way I could finally start to concentrate on what I wanted to achieve creatively.

Tom Doran and I put the crew of six together. Tom is the director of photography for the film and someone I have worked with many times in the past. So I knew I could trust him to build a crew that works well together. I have to say, the team was slick. I think it is important for any project to have a crew that works harmoniously together; we did just that. I'd love to work with each and every one of them again in the future.

If university taught me one thing it was to expect problems. Vibration did have its fair share of them in pre-production - through no fault of anyone in particular, things just happen. If you expect 'something' will go wrong then at least you are prepared to some extent. After all, I believe it is how you react and overcome the issue that really matters in the long run.

The shoot in itself actually went really well. We were pushed for time on both days but that is to be expected, especially when on one of the days you have 15 child extras standing in a corridor for hours on end. But overall it went really smooth, everyone stayed calm and relaxed on set and worked to a smooth, steady pace; which is how I like it.

My final thought for this piece is directed toward RB and the Stage 32 crew. Firstly a huge thanks! The concept could have never worked without a site like this one. I practically found all my key crew members on this site and not only that, but the inspiration and belief I had came from all the members I see on here, working hard day in, day out. It is fantastic to see how many of you share the same ethos towards life that I do; "Choose a job you love, and you will never have to work a day in your life."

If you would like to see the film you can view it here: http://www.virginmediashorts.co.uk/film/2530/vibration.

Don't forget to share the film if you like it, it could make the difference we need to get to the final and that all-important grand prize!

Stephen was seemingly born with an interest in film and the art of filmmaking and shot his first short film, a comedy/drama sketch show, with two friends at the age of 10.

Soon after, Stephen found himself filming mountain biking videos and continued his interest to higher education taking a course in Media Studies at college and then Television Production at university.

He has worked mainly as a corporate freelance cameraman and editor ever since.