Posted 9 years ago by Russell Buchanan 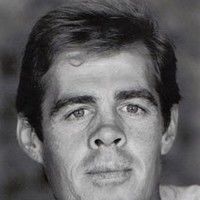 Recently, I had the pleasure of speaking to about 200 film students at a college outside of California. Before the session started, I distributed a questionnaire. One of the questions listed was "What do you believe will be the biggest roadblock to your success in making it as a filmmaker?" Over 30% answered "Not being able to afford a move to Los Angeles."

I was surprised. Their instructors were floored. One of them mentioned that on the very first day of class he spends an hour destroying the "I need to be in Hollywood" myth. Another told me that a week of his curriculum is dedicated to discussing the global film market. Yet here was an auditorium filled with talented and well taught film students, many who already had it in their heads that they would never succeed simply because of what they perceived to be a geographical disadvantage.

Today's guest blogger is making it happen on the other side of the globe. Russell Buchanan is a filmmaker working in Bejing and Hong Kong. Cooler still, two of his closest confidants are a screenwriter and director who experienced success in the UK and LA respectively, and now make films in Asia.

I thank Russell for sharing his experiences with the Stage 32 community.

Living in Beijing for over five years now has opened my eyes to the possibilities available for foreigners like me who are trying to make their mark in the Chinese film and television industry, and believe me, it's big and boiling hot.

When I first arrived here I was approached by a leading film and TV production company, Taihu Media, about becoming involved in making a movie from a creative aspect that would suit a foreign audience. Unfortunately, I was a rookie in the way of doing business in China and that deal fell over because I refused to sign a contract written in Chinese, but it did open my eyes to how much China wanted to produce and sell content to a foreign market, America in particular, so I've stayed and boxed on.

Originally I come from an acting background, starting in Australia in the early 90's. I crossed over to production in 2002. Having toiled in that end of the industry for a while, I thought this was my golden opportunity to play with the big boys on the international scale of things. Meeting after meeting and dinner after dinner followed. I met a variety of people all interested in knowing how things work in the west. All these dinners and toasting the local 58% Bai Jiu alcohol was starting to take its toll, but this is the way business is done here. It's known in China as Guanxi, which translated means "having a relationship". Very time consuming, and bad for the liver, but a necessary evil.

All through this time I had been developing my own projects - a couple of screenplays - and working in public relations. Now I'm back working in front of the camera on TV commercials, TV series and last year worked on a feature film for the local market. This has allowed me to meet more people, gain more knowledge and bring me to where I am today, developing my first feature film in Asia.

In recent years the big boys have come to town; Dreamworks, Warner Bros and Walt Disney to mention a few. They have their eyes set on the huge potential China has for their productions. Currently, China has 13,000 cinemas and opening seven more per day as the audience grows along with the economy so I think I'm on the right track, place and time etc. James Cameron has set up shop just south of Beijing, and the thought is, if he's here, that's a positive sign. The Chinese love foreign films, but they love American movies. As a result, the government restricts how many foreign films can be screened here per year as they generally take in a lot more money at the box office than local films. 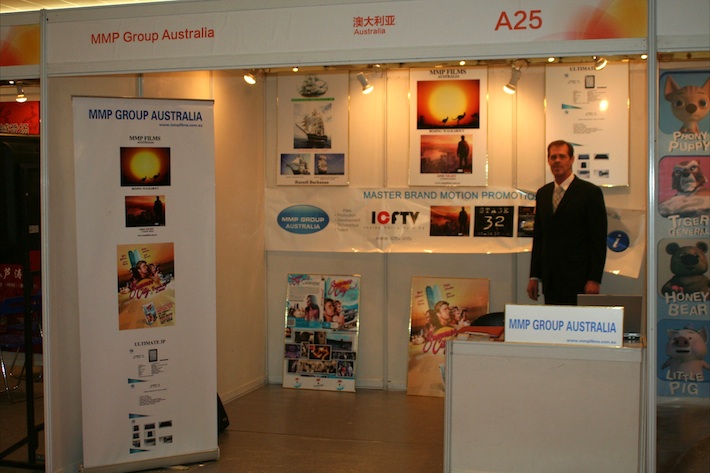 My Australian company registration, MMP Films, is now shifting to Hong Kong as I prepare to make my first indie action English language feature film One Night In Hong Kong. I not only wrote the screenplay, but I'm producing it, acting in it, and currently scouting locations. Needless to say, it's a busy time. Like all indie films, we are always looking for funding. The decision was made to do a 100 day crowdfunding campaign through Indiegogo to find the balance of the shooting budget.

Personally, I have been working on this project for two years and had to change the story location from Beijing to Hong Kong. But there is pressure to change other aspects of the story as well as we film just outside mainland China, where they have very conservative rules. For example, one element I won't change is the pivotal plot involving a Thai drug lord's money being laundered by Chinese through Hong Kong. The story is based on the real life drama of Thai drug lord, Jai Horkham, who is currently on trial in China for the murder of thirteen Chinese sailors on the Mekong River in 2011. So, as you might imagine, I'm on thin ice making this film and residing in Beijing. But this is the story I want to tell.

Hong Kong has a great film friendly scene with the local government allowing just about any freedom "within reason" even down to small or no fees to shoot in public. My film is about gangsters, so there's some degree of gunplay, the odd car chase, and chases down the back allies of Mongkok. Fortunately, after a meeting in Bejing, the local police are on board. They were all smiles and quite excited that we will have foreigners doing Kung Fu action and filming in their area of Tsim Sha Tsui (TST), Kowloon. Our first location find is a really cool rooftop bar named Where, an appropriate name because of its location, tucked away inside a building, very exclusive and hard to find. After a few beers on the house, the owners offered us a caf'e they also run, which fits perfectly with our requirements for another scene. One of those perfect things that happens sometimes when you prep a film.

The interest so far has been great and we hope to shoot the promo trailer in March. That's when the fun will truly begin as we pool our recourses and cash for
the ride of our lives. I have some top DOPs interested from Australia who live in Hong Kong (Ross Clarkson and Dean Head). Their work includes The Dark Knight and Expendables 2, so this is a great encouragement. We also have a veteran Hong Kong actor and Kung Fu Grandmaster, Chiu Chi Ling, interested in working with us. He appeared in the cult classic Kung Fu Hustle and just finished working with director Steven Chow again recently on Journey To The West. He has an enormous Asian following. Chiu is a great old friend of mine. He now runs all of his Kung Fu schools from San Francisco, where he's lived for over twenty years. Oh, and he grew up with Bruce Lee. He would be a tremendous asset to our production.

I'd be remiss if I didn't mention the talented minds I met on Stage 32 who live in Hong Kong and have lent guidance, support, and knowledge to my project: Lawrence Gray, an award winning television and film writer, Aaron Palermo, who had much success as a director and producer in Los Angeles, and Hanna San, who is an actress and drama teacher. We're constantly in communication, both on Stage 32 and in person.

One other person I recently met through Stage 32 is Tazito Parafuso Garcia from Canada. He's very interested in joining my team. He speaks Cantonese and has appeared in some HK films.

There are many other people in my Stage 32 network from around the globe who have offered guidance and support as well. And I thank all of them as well.

IT'S NOW OR NEVER

I suppose hearing all of this you might think it all sounds very cool, but working on a shoe-string budget, with a multi-year investment of time, and ongoing language and cultural barriers, it can all be a little daunting, not to mention weigh heavily on the family situation. My son was born in Sichuan and is my greatest inspiration to succeed. Luckily, I have made some great friendships here, and some very well connected contacts. Achieving something great is never easy even in your own country, like making a great movie, or any other creative project, if it was that easy, everyone would be doing it.

Many thanks for reading.

PS - We hope to be able to finish this film project by end of June and of course looking for distribution, if action movies are part of your requirements we are more than ready to talk a deal.

If you would like to know more about this adventure check out our website or Indiegogo Campaign for One Night In Hong Kong.

Russell is available for remarks and questions in the Comments section below.