This past weekend, I had the pleasure of speaking with Jeanne Veillette Bowerman at The Great American PitchFest in Burbank. If you aren't familiar with Jeanne, get to know her. She's a dynamo. Insightful, brave, selfless, and relentless (in the most positive way imaginable) are just a few words that immediately come to mind. I have never met a person who, having come into contact with Jeanne, didn't walk away impressed and enlightened.

As a successful screenwriter and producer, Jeanne has taken her share of high profile meetings. I asked her if she would share some of her "in the room" rules with the Stage 32 community. And while this post mainly focuses on pitching a project, I believe many of her rules apply to actors and the audition process as well.

I urge all creatives to follow Jeanne on Twitter at @jeannevb - Invaluable information, and it's free. Can't beat that.

As always, please feel free to leave questions or remarks in the comments section below. 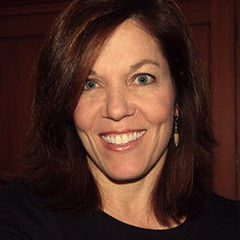 Butterflies swirl in your stomach. Your palms sweat. Despite an overwhelming sense of anxiety, the emotion churning is hope. Hope they like you. Hope they want to build a relationship with you. Hope you'll hit a home run.

First date? Nope. I'm referring to pitching. But whether a date or a pitch meeting, a first impression will make or break you. Don't blow it.

I've not only seen my share of writer roadkill on the sidelines of pitchfests, I've also listened to countless disillusioned friends after horrid first dates. I've learned a thing or two about first impressions.

Here are some tips to help you make yours great: 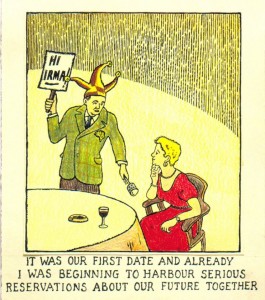 Think back to your first meetings. Whether you succeeded or not, as long as you learned something, you're one step closer to success. I assure you, some of these tips made this list because they are my own failures turned into lessons. And no, it wasn't tip #5. Just sayin'.

Jeanne Veillette Bowerman is the Editor and Online Community Manager of Script Magazine as well as the Co-Founder and moderator of the weekly Twitter screenwriters' chat, Scriptchat. When not writing her ScriptMag.com Balls of Steel column, she teaches screenwriting webinars for The Writers Store. A graduate of Cornell University, she's written several spec scripts, including the adaption of the Pulitzer Prize-winning book Slavery by Another Name, with its author, Douglas A. Blackmon, former senior national correspondent of The Wall Street Journal.