Posted 9 years ago by Andrew Ward 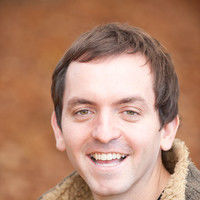 Today's guest blogger, actor Andrew Ward, explains how technology has helped him move beyond the "old agent system" to take his career to the next level. Andrew decided that he was no longer going to be a submissive to the industry. He adopted a "gladiator" approach toward his career in an effort to gain paid jobs and respect within the industry - becoming what he calls, a "GladiActor".

The hardest part of being an actor other than learning the lines of King Lear, outside of, you know, landing the part of King Lear, is working. Actually working. You know, the type of work where you get paid to do a funny voice whilst wearing a silly hat, not forgetting to be truthful and grounded all at the same time. Now don't you dare cheat the term "Acting Work". Serving 8.5 soy lattes an hour at Starbucks or serving super sized Pizza/Dog/Burgers at Pizza/Dog/Burgers Hut does not count as acting work. It counts as survival. The sad truth is that each hour spent surviving is an hour closer to the day you throw the in the towel and say, "That's it, I'm getting a proper job. I'm NOT going to be an actor. I'm never going to earn a family-feeding wage doing a funny voice whilst wearing a silly hat. I'm going to submit. I'm finally submitting to the wise will of my teachers and parents who said 'DON'T!' every time I said 'ACTOR!'. I'm going to submit and the whole situation is going to be more inappropriate than a copy of Fifty Shades decorating the Popes coffee table."

Lets be honest now, it's hard to be a professional widget counter (however happy your parents and teachers might be) when all you ever wanted to do was be an actor. The financially appropriate and responsible thing to do is work as a pro-widget counter for the next forty years in cubicle 8932 on floor three with the opportunity of being promoted to floor five after twenty years if you obey rules and show up on time. But here's the thing, who said life is valued in terms of appropriate? Buddah, Jesus, Abraham et al mentioned nothing of the sort. Burning Bushes, Red Wine, and the sort, but nothing about appropriate...

I'm not going to be smug, I'm not the actor who registers the agent under "S" for "Stalker" in the contacts list because Mr/Ms/Mrs agent calls so much. That is not where my acting career resides at the present time. Maybe in a while, but just now that would be a lie. I get work, sure. I don't get it all the time but I have a boast to make: The frequency and quality of work I am getting is increasing. Recently I was cast as the sole actor on the Audio Book Version of The Three Musketeers. It will accompany the film, which comes out next year. The good news is I'm finally getting paid to do a funny voice, but lets not get ahead of ourselves, I'm not at the "Donning a silly hat" stage yet. Things haven't progressed that far. Step by step my fellow Stage 32'ers...

The self indulgent, cocky reasoning for why I am working more would be that I am becoming a better actor. Now whilst I may like to attribute this shift in the tides of fortune purely to increased skill and experience, it is not the true conclusion I make of the situation when I think about it objectively. The truth is that the ability to get acting jobs has become easier because I know where to look for them, not because there is more acting work. It's because of a sea change in the way the acting business/show business/ creative industry now operates. 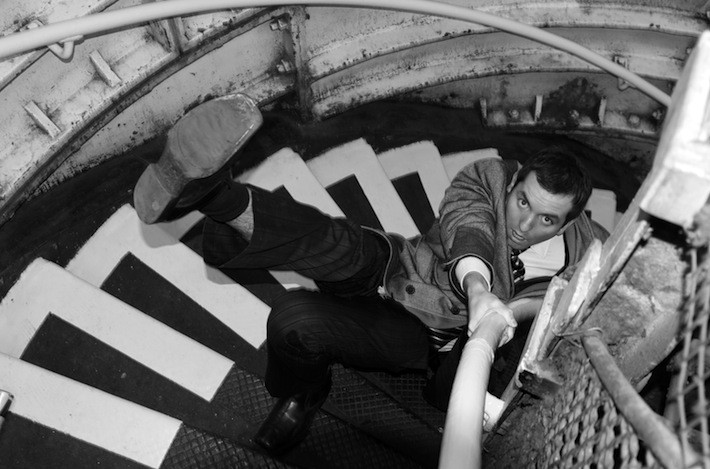 Now let me back up here. As an actor, I've tried everything to secure roles. I've done it all. I'm as superstitious as the rest of you. I would check my email thirteen times a day - reverse psychology and all - hoping to hear about a casting call, audition, just any bit of good news. Then I decided thirteen is truly unlucky. I had a small time agent. He had more famous clients who were less truthful and grounded than I, but they had more fashionable/current/of the moment, zeitgeist shaped noses which generated far higher margins per hour for said agent. I used Spotlight.com which promised leads, auditions, and well, ultimately, work. Instead, once they sold me on the service and took my money, their attention waned, until, of course, it was time for renewal. This, unfortunately, seems to be the norm than the exception.

But even after all this, dear reader, I ask you to stick with this piece a little longer and I'll explain about the tectonic plates of our industry which I perceive to be slowly shifting, and why now would be a silly time to throw the towel in and take a job warming a swivel chair in cubicle 8932 at Widgets International Corporation...

When I left East Fifteen Drama School less than ten years ago we were taught that agents and casting directors were nothing short of deities, a hybrid cross between a Greek god and a Richter eight Tsunami. Every time I went on stage I certainly cared about being truthful to the character, but I'd be lying if I said I didn't also equally (if not more) care whether there was an 'agent/ or Stephen Scorseseeberg director in the audience who was ready to pounce on my raw & incandescent talent. I had tenacity. I would write letters to casting directors and agents, each written on high quality Conqueror Paper heavily scented with Eau de Desperation. They would go unanswered. But, I had balls of steel, and would call an agent directly, even though this was discouraged because "agents don't have time for that kind of behaviour!" And, true to form, calls invariably ended in inglorious disaster. The receptionist, having previously work for the East German Stasi, would quickly work out that you were an actor and say 'send a 10x8 headshot and letter, well keep you on file". She may as well of said "Once a month we take all letters and 10X8 headshots to lake Baikal Russia, the deepest lake in the world, and throw them in the middle, cackling as they sink to the bottom.

Recently, here in England, an allegory of the class system was alive and well in the acting business. Agents and casting directors sat on thrones in castles, and actors are peasants, shit and straw stuck to their faces. Once in a while an actor would hit the Jackpot and become a star, and everybody would stand in awe wondering how they did it only to discover, on closer observation, it transpires mum/dad were casting directors...Read: Daniel Radcliffe & Keira Knightly.

The good news? This era is fading. Technology is seeing to that. The peasants are picking up their biggest pitchforks...Deliverance style. You see almost ten years out of drama school I proudly fashioned myself into a GladiActor to survive, The first years were tough, but I'm getting a little closer to fighting a contest in Rome. I'm definitely getting mid-league clashes somewhere in Amphitheatres in Napoli - refer to Gladiator to understand my metaphors. Earlier this year, I was in my first off West End, London Theatre run. In 2011 I had a short film featured at the Cannes Film Festival. Twitter, Linked-in, personal actor websites, and the incredible Stage 32 (I wasn't paid to say that) are removing the walls and levels between actor and director, actor and producer. These incredible technological advances are allowing more projects to happen and, if used correctly, are allowing the actor to stand tall, play high status, and leave the role of submissive to mid ranking agents and casting directors who can no longer justify their role/twenty percent cut as easily as before. High end and conscientious agents are worth their weight in gold, but they are few and far between. For too long many actors could only play the status of the pathetic submissive because of the way the game was rigged. Stage 32 is removing walls between an actor and work. This is empowering the actor. I wouldn't have had these recent successes without the connections I've made through this site. But, let's be clear: You still need to work hard, not only at working the site and being aggressive at making those important connections, but at improving your craft. A terrible actor can't hide. But for those who work at it, those who have decided to make this their life passion, a site like Stage 32 (Which I still can't believe is free. Take that Spotlight.com) has changed the game. Now your chances of getting a shot, getting a foot in the door, getting real soy latte acting work has dramatically increased.

M1 Abrams tanks punch holes in concrete effectively. Stage 32 is doing the same to the 'don't call us, well call you' high wall culture of the acting business. Real talent will rise to the top far easier than before benefitting all those that value the best at the top not just those with connected relatives. Keeping with the spirit of the blog lets open the channels of communication get in contact at @andrewward888 or join my Stage 32 Network.

Wishing you all a very Happy Christmas/Hanukah/ and Festive Season and a massively Happy 2013 which is full of hope, possibility, and acting jobs where you get paid to do a funny voice and wear a silly hat. I'm more certain than ever before that this year it's going to happen for you because of your talent combined with their technology.

Be a GladiActor... Go forth and conquer.

Andrew is available for all questions and remarks in the comments section below.