Posted 9 years ago by Brian Neubauer 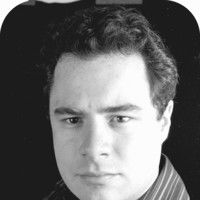 The Grip... Is there any one profession in the post film credit scroll that piques more curiosity? What the hell is it? Why would anyone want to do it?

Today Stage 32 member, Brian Neubauer gets to the heart of it all. Brian is a professional Grip and filmmaker in the Pacific Northwest with over eight years of experience. He specializes in location, and inclement weather production work.

After working in the publishing world and watching the inner workings of a film production for a property owned by that company, Brian began following his dream to work in film production. While he made films with his friends in school, he never imagined that this would eventually be his career. Studying film at the Northwest Film Center in Portland, Oregon - developed his interest in becoming a Director of Photography. On his first production, a Movie of the Week entitled Love Is Strange, he began in the Swing Gang and then a few years later (after shooting various short films) he was asked to be the Art Director for the film Addison's Wall.

During that shoot, Brian transitioned from the Camera Department to the Grip Department. On his first production as a Key Grip in The Salesman, he realized his true calling. Soon after, he worked on Making Maya and Freedom State.

Adding his name as Director of Photography to a science-fiction feature, The Thin Horizon, created an opportunity for Brian to step into a leadership role with the Grip and Electric teams. Brian began to get work on major films like Twilight, The River Why, as well as episodic network television including Grimm and Leverage.

I thank Brian for his contribution to the community.

When I find myself in between gigs, I end up reflecting like Martin Sheen in Apocalypse Now. While I haven't punched out any mirrors--on or off the set--recently, being a Grip is a lot like being a Marine. We're action-oriented, and tend to get antsy when we aren't in the thick of it.

There tends to be a lot of questions surrounding the profession of being a Grip. Most are from the general public that our industry serves -- questions like, "What is a Key Grip? (or a "Best Boy," or a "Gaffer") - after all, these names don't really describe the roles that we play behind the scenes, and tend to confuse viewers about really knowing what we do. Most movie viewers can recognize their favorite actors, and a smaller percentage may be familiar with their favorite director, and an even smaller group will recognize a renowned cinematographer, but in the end, the general public may be unaware of the integral contributions made by the dozens of names that roll on the screen during the closing credits. Sadder still, many great films that don't fit into the category of box office blockbusters never get seen by a wider audience.

Perhaps understanding the on-set jobs, as well as some of the history, will improve the roles of everyone on the set. For instance, the term "Grip" can be traced back to many obscure backgrounds. Personally, I like the idea that it's not only a holdover from the circus days (which our jobs still strongly resemble!) but also refers to the first duty of the technical crew of "Gripping" the camera tripod while the "Crank" advanced the film. Quite often, the tripod would rock back and forth, requiring some burly crew member to hold or "grip" the tripod down.

Today, after many advancements in the technology of film making, we find ourselves in more demanding technical roles, but our original function as the support for the camera department remains true. The American Society of Cinematographers uses the motto, "Give us a place to stand, and we will film the universe." I have subsequently invented my personal motto, "Show me where you want to film the universe, and I will build the place for you to stand!"

Grips also perform rigging for the Electric Department, such as setting up places to put lighting for a scene without damaging historical buildings or the residences of individuals who have agreed to have their homes in a film. Or even using thin films of material called "Gels" to create different looks in or from windows with natural light coming through. Finally, when everything is said and done, grips are the first and last line when it comes to maintaining safety on the set. We can be seen literally holding down a stand just to keep it from possibly falling over, because the majority of equipment we use can become a sail in a small breeze. At these times like these, we are literally human sandbags! A lot of our gear is designed to be used under any condition, and we are used to being able to work long hours and deal in any area with any weather that nature can throw at us.

One of the best days on the job that I've ever had was working in near whiteout conditions on Mt. Hood for the set of Leverage. Although it was early March and raining in Portland, it was full-on winter up on the mountain, freezing cold with blowing snow. In situations like that, it's crucially important for every crew member to work together, doing your job while being mindful of others at the same time. If we don't move like a well-oiled machine, there's the possibility of losing a shot - or even an entire scene - because the set up is taking a long time and the actors are getting cold. The crew has to step up their "A-game" and become almost superhuman.

Of course, this requires preparation from all departments. The production staff needs to allow for less budget constraints, that directors need to have a very specific plan for the day, and that all of the other teams-actors, as well as crew--have prepared as much as possible for every contingency. It can be exhausting work, but when you walk away from a day like that, with every shot you wanted "in the can," you feel great!

So, what makes someone want to be a Grip in the first place? Is it sheer insanity? Or were you on the losing side of a bet? For me, it's the opportunity to work on the artistic side of construction. When I'm setting up a silk or a grid cloth in front of a light, or setting up a flag to adjust a light: making shadows where I want them or taking shadows and light away from where they might be distracting or not needed, I'm helping to create the vision of the writers and the director, by forming the viewer's emotional response to the scene thought the manipulation of light. It's subtle and creative work, done while I'm still performing the duties similar to those of a combat soldier during a stealth operation. Who wouldn't walk away from that with a smile?

Really, doing the work I love to do seems like fun and games. Even though half of the day might be spent carrying heavy items to and from sets, while the other half is organizing the equipment for the next day's shoot. We find time to rib each other, eat snacks and even play softball with the crew and the show's cast. Last year, I had a great time working on the crew of Leverage. During a break, I was playing shortstop, with Aldis Hodge, who played Alec Hardison on the show, at second base. Now, Aldis is an incredibly talented guy - amazing at everything he does - and it was no different in this softball game. Together, we beat the other team (also consisting of crew and cast) thoroughly. This was an great way to get the cast and crew to really let off steam, because working on the set isn't as glamorous as you might imagine: there's a lot of waiting, and re-takes, and it can be tedious. Unfortunately, that afternoon was a bit too exciting, since we did ended up with some injuries on that game: our Sound Man broke his collarbone! But, he recovered, and it still was a fun day.

Hopefully, I've increased your understanding of some of the nuances involved in being a Grip. We aren't just a bunch of macho thugs standing in the shadows with hammers and c-stands. (That's equipment used in lighting a scene, in case you didn't catch the jargon!) We take great pride in the work we do, and it's exciting to work on a project, have it come together, and - using cinematic magic - create a world of lights and sets where talented actors, writers and directors make entertainment for hundreds of thousands of people! For me, there's nothing more rewarding.

Brian Neubauer was born and raised in the Pacific Northwest, where he still lives. When he's not on set, he's enjoying the outdoors and all the four seasons have to offer. He also likes soccer, rock climbing, golf, and sailing.

Brian is available for questions and remarks in the Comments section below.