Posted 9 years ago by George A. Pappy Jr. 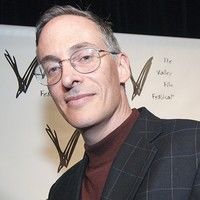 Today's guest post comes from filmmaker and Stage 32 member, George A. Pappy Jr. George's story is quite inspirational. After spending years as a satellite engineer in the aerospace industry and writing screenplays at night as a way to find creative fulfillment, George decided to pursue his dreams full time. He completed the UCLA Extension Programs in Screenwriting and Entertainment Studies (specializing in Directing and Post Production) and was a development intern and script reader at Sony and Universal.

George's first film, Few Options, is playing on Showtime this month. His latest project, the documentary The Green Girl, has been listed on IMDB as the 2nd most anticipated documentary of 2013 and has the support of some major players in the film industry.

My thanks to George for sharing his experiences and insights with the community.

My name is George Pappy, and my "industry outsider" Hollywood story began while I was still employed fulltime as an Electrical Engineer in the Aerospace industry, where I worked on satellites (I hung out with a bad crowd in college: everyone was good at math and science, it seemed like the thing to do, I caved in to peer pressure and did things I'm not proud of...).

I'm not trying to break into the film industry for fame, fortune or power, and you probably aren't either. I'm here because I have to be - I can't imagine anything cooler than being a part of something that takes unsuspecting viewers on an engrossing journey for 90-120 minutes, causing them to think and relate to what they're seeing, and allowing them to walk out afterwards somehow changed (even if only in some small way). I've NEVER felt that way about the Aerospace industry or any other job I've held.

As a graduate student at California State University, Northridge, I taught introductory screenwriting from 2009-10, and at the start of both semesters, I expressed my hope that every student was in the Cinema & Television Arts program because they felt like they absolutely "had to" be part of the storytelling process in some way, not because they wanted fame, fortune and/or power. I advised those who did want those things and who had any kind of mathematical aptitude to quickly change over to the School of Business, where they could start on a fairly sure-fire path to their goals - and maybe even end up making "artistic" decisions in their positions as Production Executives in just 10 or 20 short years. For those with similar aspirations but no mathematical aptitude, I recommended an educational path through Law School, with an emphasis in Entertainment Law, of course. With the right internships and the willingness to live in LA (or perhaps NYC), this is another sure-fire path to the "shallow" goals.

But I've gotten a little ahead of myself...While still working for The Man, I spent a lot of my spare time writing screenplays, really starting to take it seriously back in 2002 (there were a few misfires in the mid/late '90's, but they're not worth mentioning). I managed to place in two screenwriting contests that year, and this led me to shoot my first guerrilla feature in 2003 (virtually alone and knowing absolutely nothing about filmmaking). Although the result was nowhere near a masterpiece, I had a friend with an MFA in Directing from USC tell me that I managed to do something that half of her fellow students failed to accomplish: tell a complete, fairly engaging story, start to finish, in a way that left the audience satisfied (not mumbling "What did that mean?"). More importantly, I had FUN! And I knew that I had to do this again. My days in Aerospace were numbered.

With one foot in and one foot out the door, I went down to part-time and started learning more about filmmaking through UCLA Extension while interning half-time in various Industry positions (development and script coverage at a few studios, post-production, commercial production, shooting behind-the-scenes videos, etc.). Finally, a good friend who happens to be a very successful actor told me that if I really wanted to make it in Hollywood, I had to stop working another job (even part-time). Writing had to be my fulltime job for at least 5 years (as he made acting his for 10 before making more than poverty wages for the first time). Even then, there would be no guarantees of success.

This was 2006, and I'd already sold my house (call me crazy, but I sensed we were in the middle of a real estate bubble - looked an awful lot like the tech stock boom of the late 1990's to me!). So I didn't really need to work for awhile as long as I watched my expenses. I spent much of 2007 and 2008 in Australia, writing. I wanted to shoot the resulting screenplay myself, but the budget made it cost-prohibitive (and raising financing with a relatively inexperienced director was basically out of the question).

Not wanting to go back to Aerospace, I figured perhaps teaching screenwriting might be a nice paying gig while I continued working on my own projects. Wanting to keep my teaching options open, I wound up earning an MA in Screenwriting. During the summer between my first and second academic years (2009), I decided to write a very simple script that I could shoot myself, as I'd done in 2003. I figured with all the things I'd learned about filmmaking in 6 years, this one ought to turn out a little better than the last one!

Mind you, I was still thinking about shooting this as a guerrilla feature, taking something like 6 months to do it. Unfortunately, I fell in with some people who had other ideas (although I initially thought they shared mine). We did shoot the movie, but it was done like a mini-studio production, and it cost an awful lot more than I was prepared to spend - but once you've started production, what are you going to do? Over time, the many promises made to me in terms of "connections," "deals" and "freebies" never materialized, and before I knew it, I was the chump whose life savings went into completing what would otherwise have been half-finished and entirely unsalable film.

(There was a bunch of other stuff that went on, and before it was over, lawyers were involved - but that's a whole other story.)

Anyways, by some miracle (or maybe because we had a pretty good script and some amazing, very professional actors, as well as a lot of decent people trying to do their best on the crew and in post-production), the film actually came out pretty well - good enough to eventually appear in the U.S. on the Showtime networks (where it's aired over 100 times since April of 2012 and will continue into 2014). It's also been released overseas in many regions. (It's called Few Options - maybe you'll catch it eventually on Showtime or DVD).

Amazingly, having a movie make it onto Showtime (and in limited international release) is far less lucrative than you might think. In fact, it has not been lucrative at all. As of this writing, I've never received any money back on the film. Consequently, I spent the next year and a half doing unspeakable things for money: I went back to the Aerospace industry.

It was during this dark period that I accidentally stumbled across the story of Susan Oliver, a young rising starlet in the Hollywood studio system of the 1950's who somehow went from household name of the 1960's (with over 120 major acting credits) to virtually forgotten over the course of several decades, stopping along the way to become a record-setting female aviator and one of the original members of the AFI Directing Workshop for Women. Unfortunately for her, the Hollywood of the 1970's and 1980's rarely gave women the opportunity to direct, and as Susan pushed past 40, she was far less in demand as an actress. Moreover, it appears that she had really lost interest in performing, preferring the elusive director's chair.

Through sheer tenacity (and probably capitalizing on the connections her previous fame had generated), Susan managed to direct an episode of M*A*S*H in 1982, one of five women who did so in the show's 11-season run. And in 1983, she became the first woman ever to direct an episode of Trapper John, M.D., one of only two female directors during that show's 7-season run.

But, as fate would have it, her directing career ended there. She developed at least one (and possibly several) feature scripts of her own and continued to go after TV directing gigs (even Star Trek: The Next Generation, where she was told she lacked the necessary special effects background). In short, she apparently banged her head against the door repeatedly for most of the 1980's, much like any industry outsider - much like I have, which may explain why I connected so deeply with her story. In Susan Oliver's case, I can only imagine what a slap in the face this must have been after having had such a remarkably successful acting career, where her phone literally never stopped ringing from roughly 1957 to 1973.

When she was diagnosed with cancer in late 1989, she opted not to fight it (despite a reasonably good prognosis), and in May of 1990, she died quietly at just 58 years old in the Motion Picture and Television Home. I get the sense (and many who knew her tend to agree) that she seems to have more or less given up, tired of swimming upstream, convinced that there was no use trying since she'd never get the chance to direct again. That's rather unfortunate since, despite ongoing disparities, women started to get a lot more chances to direct from the late 1980's onward (as exemplified by the impressive careers of Betty Thomas, Penny Marshall, Nancy Malone and Lee Shallat Chemel, for example).

There's nothing we can do to bring Susan Oliver back now, but I do think it's important and worthwhile to make sure people always remember who she was, what she did, and more importantly, what she tried to do (years ahead of her time) for women in the film industry. For these reasons, I'm currently devoting most of my energy to completing my feature-length documentary about her, The Green Girl.

It's so easy to dream of fame and fortune when pursuing one's creative dreams. But to me, nothing surpasses the thrill of a good story well told, taking the audience on a journey they'll remember. To me, that's all the fortune you need.

George Pappy was born and raised in the Los Angeles area. His debut feature film, Few Options, starring Michael Sheen and Rainn Wilson, represents the culmination of 10 years of formal and informal film education, experimentation, and determination. George financed the entire film himself, as well as writing and directing. Few Options continues to appear regularly on Showtime and has received widespread recognition since its release.

George's new film, The Green Girl has been covered by Entertainment Weekly and has the support of Rainn Wilson and Damon Lindelof.

George is available for questions and remarks in the Comments section below.