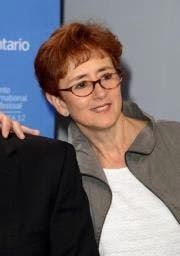 After almost four years of writing and raising finance, we were finally able to start casting. Everyone knows how hard it is to get people to read screenplays, especially if the finance is not in place. The first two questions our casting director asked were: "Are you fully financed?" and "When are you scheduled to start shooting?" Yes, we had the finance (or so we thought) and shooting would start in a couple of months depending on casting and actor availability. Yay!! First hurdle overcome!!

So our wonderful casting director Ronnie Yeskel put her mind to the task of finding someone to play a disabled man who couldn't move from the neck down and spent most of his life in an iron lung (most people haven't even heard of an iron lung!) Director Ben Lewin and Ronnie spent time researching the possibility of a genuinely disabled actor and reached out to the acting community in search of someone who could carry the role. Unfortunately, no one suitable was found. Anyone significantly disabled seemed not to have the physical stamina for the role, and casting someone slightly disabled to play Mark O'Brien (a true-life character) seemed inappropriate, especially if they didn't have the acting experience needed for the role. And then there was John Hawkes! Ronnie had known John for many years and, recognizing his extraordinary talent early, had nurtured his career whenever possible. She was convinced that John was the right actor for the role and she was right.

John had a small window of availability and, as luck would have it, each wonderful actor that came on board was able to fit into that window. We had approximately eight weeks for pre-production and scheduled 22 days for shooting - which stretched to 23. The story is set in Berkeley but we couldn't afford to go there so, with the help of a wonderful location scout Jared Parsons, we found all the locations we needed in LA. It has been very gratifying to hear people who know Berkeley "like the back of their hand" tell me they were sure the film was shot there. We did use four establishing shots (which our DP picked up in one day) but that was it.

Everyone in the cast and crew worked for very little money. The film was, for the most part, non-union and we qualified for SAG low-budget exemptions that helped to keep the costs down. The wonderful thing about working with people who aren't being paid very well is that everyone is doing it for the love of it and it contributes to marvelous camaraderie on set. None of the producers were earning a penny and all of the key cast and crew had deferred the bulk of their fees, so there was a true sense of fairness while we were shooting - no producers lining their pockets while everyone else was working long days for little pay. Humor and respect were key elements to a happy working environment (especially when budget is very tight) and good catering! It's an old clich'e about keeping the crew well fed but it's true - I think we all work better when we're being nurtured. The film was originally called The Surrogate and we became a surrogate family. We're still friends with many of the people who worked with us for those 23 days and look forward to working with them again.

Fortunately, the shoot ran very smoothly with some (but not much) overtime on most days and no disasters or problems we couldn't easily solve. The biggest problem was running over budget and, in order to deal with that, I was making calls to investors to ask them to top up what they had already contributed, as well as reaching out to new investors. The later investors had the advantage of recognizing the cast - with John Hawkes, Helen Hunt and William H. Macy in the line-up, the pitch was easier and investment seemed a less-risky prospect. Of course, with a cast like that, everything gets a little more expensive, so it was no wonder our budget was expanding (it had been ridiculously low to start with but feasible.) More than anything, with such a short shoot, there was little time to stop the overages, but I learnt a great deal during that period and would definitely do things a little differently next time round. I can tell you that both our Costume Designer Justine Seymour and Production Designer John Mott did wonders with virtually no budget, especially as this was a 1980s period film. 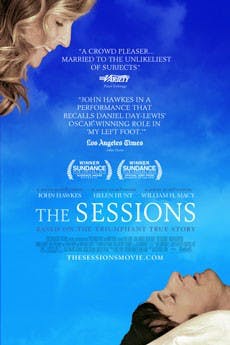 Two people who made a significant contribution to the smooth running and easy atmosphere on set were our lovely DP Geoffrey Simpson and our 1st AD extraordinaire David Dwiggins. Geoffrey was living at our house and every night he and Ben would story board for the next day. Very little discourse took place on set between the director and the DP - Geoffrey knew what was needed and Ben trusted him implicitly. We had worked with Geoffrey on a documentary television series 30 years earlier and it was a delight to be working with him again. He is the most charming and talented DP with whom we've ever had the pleasure to work. David was a newcomer to our circle but he was a gift to the production. He never shouted and his reassuring refrain of "Hush, hush, hush" was enough to keep everyone focused and respectful of the sensitive work we were doing, especially the needs of the actors, who were baring their all (literally in Ms. Hunt's case) and taking on possibly the most challenging roles of their careers.

I should tell you that I was not on set all the time. The truth is that I was still working my day job full time. Our shoot was Tuesdays to Saturdays and I was on set every Saturday, all night shoots and occasionally during the week if there was something I felt needed my immediate attention. The role of a producer varies enormously. Aside from the business responsibilities, I tend to be involved a great deal with the creative aspects of the process, but I do not believe a producer should or needs to be on set very much at all, except to show support or if problems arise that call for you to be there. Even without my other job, I had plenty to do from my desk away from the set and our production trailers had such limited space that I would have simply added to the frustrations of the already cramped environment. Married to the director and sharing our home with the DP meant that I was always informed about what was happening at any given moment and, with plenty of reporting at the end of each day, I never felt disassociated from the progress of the shoot, especially as I was still making calls every night to raise additional money. Of course, I'm hoping not to have to keep two jobs ever again (or three if you include parenting) but I'm grateful for the one that kept a roof over our heads the past six years.

With the film close to being "in the can" so to speak, it was time to begin the editing process. Another sound choice and wonderful addition to our surrogate film family was our editor Lisa Bromwell. Ben sensed that it would be valuable to have a female eye in the cutting room and Lisa complemented Ben's perspective perfectly. She knew when to stand her ground and I think the film is more sensitive because of her. Having worked with Ben on a number of other projects, I know his inclination is to steer away from anything too sentimental but Lisa and I were able to persuade him that, on this occasion, more authenticity and less eccentricity would be an improvement. Fortunately, he was listening and the film is definitely better for it, although some of our most expensive scenes were left on the cutting room floor (soon to be seen in the DVD extras.)

A number of people have asked, "When did you know that you had something special?" Other than our faith in the script and the ongoing support we were receiving along the way, I have to say it was when we watched the first assembly. Lisa had been piecing together the material as we were shooting and, when we sat down to view the editor's cut and I saw a strong story intact even at that very early stage, I felt moved and confident unlike any previous experience. Usually, if you're lucky, the first assembly is coherent but leaves you feeling that a daunting task lies ahead to massage it into something more engaging, but this film felt close from the very start and it touched me deeply as it had when I first read Mark O'Brien's essay. That said, we still had a way to go and so, unable to afford an official cutting room, we installed an Avid editing system in our back garage, and Ben and Lisa set to work while I was still going to my day job and making calls for more money at night. We had set our sights on going to the Sundance Film Festival which gave us a deadline to work towards, but it also meant we needed more finance - going to festivals can be an expensive business.

Lisa had another job to complete which gave us a little time to gather our thoughts and take care of personal matters, but we planned on submitting to the festival by early September so we had approximately eight weeks to edit and lock picture. We made it just in time and then waited with 4,000 other hopefuls to hear if we had been accepted. I believe approximately 2,000 entries are submitted for the US Dramatic Competition and only 16 are accepted - as luck would have it, we were one of them. We were thrilled and we knew this would be a significant opportunity for us to attract attention and hopefully sell the film. We started the arduous process of deciding whether to have a sales rep, a publicist, an attorney, cheap or respectable accommodation (it's hard to have both), arranging flights, deciding which of the cast to bring etc. We had no idea so much work would go into the process but we concluded that we would throw everything at this opportunity and, fortunately, it paid off. Our experience at Sundance was more than we ever expected in every possible way... but I'll save that story for another time. But I'm more than willing to answer any questions you may have!

Once again, I ask you to please support Judi, The Sessions, and indie film in general by giving the film's Facebook page a "Like".

Judi is available to answer any questions in the comments section below.