The Power of "No" by Tommy Stovall

Posted 8 years ago by Tommy Stovall 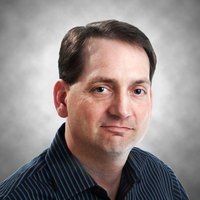 A recent conversation with a screenwriter friend of mine... Let's call her Jane.

Jane: "I had this amazing dream last night."

Jane: "I was in this office pitching a script. A half dozen stone-faced execs on me. Couldn't tell whether they were riveted or just wishing I'd wrap up and get the hell out of there. But, I don't care. I'm pitching with passion - voicing the characters, sound effects, you name it. I mean, I'm bringing it. Everything I have. I finish by standing on the couch Tom Cruise style and punctuate my ending with one of those 'TA-DA' flourishes."

Jane: "Well, there I am on bended knee, arms extended, panting like a dog, and these eyes, these cold-blooded eyes, are just staring at me, emotionless. And then this one round faced dude, looks like a banker, stands up and says the oddest thing."

I should mention that Jane is an award winning screenwriter with 4 full length motion pictures under her belt.

"No"... If you're a creative, it's a word you'll never stop hearing no matter what level of success you achieve. The difference in those who succeed and those who fail can sometimes be boiled down to how they handle hearing "No". How they adjust. How (and if) they push forward.

Today's guest blogger, Tommy Stovall, knows a bit about hearing "No". He also knows a little about not accepting it as a finality.

You can't do that! That won't work! You must do it this way!

No doubt you've been told "no" a time or two if you've ever done anything in the moviemaking business. I sure have. Way too many times for my liking. I'm not sure it ever gets any easier to hear. Luckily for myself, no matter how painful or demoralizing it may be at the time of a particular rejection, I've been able to brush it off and eventually forget about it or sometimes, even turn it into extra motivation. Typically when someone tells me I can't do something, my initial reaction is to accept their notion as fact, cower into a corner and give up. But then five minutes later I get a little pissed off (How dare they!), and I get this mysterious drive to prove them wrong (I'll show you!).

In a recent discussion with a rather large group of people, I made some point by sharing a story about a particular naysayer of mine. It seemed to strike a chord with many in the group, even annoying some of them. The episode I spoke of began about five years ago at a film festival as I was gearing up for development on my second feature film.

I attended a distribution workshop at the festival and was really interested in what one of the panelists in particular had to say. This panelist (we'll call her Sheila) was an accomplished movie producer who had an impressive resume. After the workshop, I approached her to ask a few questions I had burning in my head. I enjoyed talking with her and remember thinking she was someone I'd really love to work with someday. I told her I had started working on a script for my next movie project and asked if she'd be willing to read the treatment if I'd email it to her. She graciously offered to take a look and we exchanged cards.

I had actually been working on my script and story outline for a couple of years up to that point and had a clear idea of what I wanted to do with the project. I hadn't put it in treatment form yet, so I immediately did so in order to send it to my new pal Sheila. You see, I was looking for some valuable feedback and input, but I had an additional motive as well. I thought how totally great it would be if I could get her interested in actually being part of my project, maybe even as a producer! 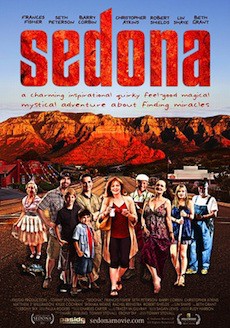 So I sent her my treatment for Sedona, a quirky comedy/drama. It laid out the story of a woman who gets stuck in Sedona, AZ on her 50th birthday and can't get out. After waiting in anticipation, I heard back from Sheila a few days later. Here's how she responded...

Sheila: "Your lead character is a 50-year-old female. You can't sell that. Sorry."

That was it - dream crushed. It was pretty much all she had to say. Nothing about the story arc or character development or my writing style. No thoughts on budget or casting or distribution strategy. After some awkward chatter on my part, I said "okay" and I thanked her for her time. I didn't really have anything else to say. I got the gist - change the lead to a 25-year-old male because that's what sells. I actually bought into said opinion, cowered, and considered it - for about five minutes. It would have been a completely different movie, of course, and not something I wanted to do. I soon came to view Sheila's final judgment as completely ludicrous.

I get it. I know where she was coming from. She was following the conventional Hollywood way of thinking and the narrow "rules" she had bought into. After all, her resume was full of movies targeted to teenage boys, which is fine. She wasn't mean about it. I believe she was sincerely trying to help. No doubt some of you reading this agree with her. I probably wouldn't have felt the same way had I got that response from a male producer. But because she was a woman, it caught me of guard and I couldn't believe it quite frankly.

But it sure has given me a lot of continued determination over the past five years.

From that point on, I kept going - continuing to work on the script and the business plan, along with looking for financing. Raising money was hard (talk about your "no's"), and we spent much more time on it than I had anticipated. But I knew we were going to make the movie one way or another, and ultimately decided we would move forward on a much lower, more manageable budget.

I've had plenty of other party poopers since Sheila throughout the project, and each time I hear "no," I'm reminded of her. Seriously. And each time, it lights a fire under me, giving me some extra oomph to keep going. For some reason, that's how I am. Otherwise, I suppose I would have completely given up a long time ago, before I ever wrote word one on that very first screenplay. And I wouldn't have two movies that I'm really proud of under my belt. Perhaps I wouldn't have those two movies if it weren't for the naysayers. Who knows?

The truth is, I think, most of us indie filmmakers don't want to merely duplicate what's already been done a thousand times before, copycatting what the big boys keep churning out to satisfy their business model. At least I don't. Wouldn't we rather do something fresh and different, and take chances? Isn't that what ultimately makes it all really worth it?

I'm happy to say that Sedona is complete and now available to the world. Not that the project is over by any means, for I'm currently navigating this wonderful, crazy, unpredictable new world of marketing and distribution. And, I might add, still trying to prove Sheila wrong!

How about you? Have you had a similar experience? Don't get me wrong - advice and help is essential for all of us. Keep seeking it. But don't let some individual downright kill your hopes and dreams. Go out there and just do it!

Tommy is available for remarks or questions in the Comments section below.

There are now 2199 blog posts for you to enjoy. Search them all by tags below.

Instagram Live Series: How to Market Yourself as a Film Composer & Mastering the Composer/Director Relationship

The Current State of the TV Comedy Industry During COVID - Watch Now On-Demand!

The ReLaunch - What Does A Publicist Say About That?