What if you could have the ear of someone with decades of experience in the film industry? A Golden Globe winner...An Academy Award nominee. What would you ask him? What knowledge would you hope to gain?

Well, this is your chance.

Actor extraordinaire, and one of my favorite performers of all time, Terence Stamp, has graciously agreed to a Q&A with Stage 32. And here's the rub: You get to ask the questions.

With over 70 credits to his name in a career spanning 6 decades, Terence has seen and done it all. His talents have been on display in big budget blockbusters - General Zod in Superman I and II, Sir Larry Wildman in Wall Street (a personal favorite), Siegfried in Get Smart - to critically acclaimed independent dramas - Wilson in The Limey. His latest film, Song For Marion, is already receiving heavy Oscar buzz and will be the closing night film at the Toronto Film Festival in September. 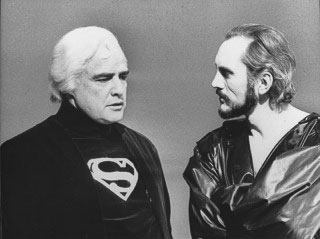 Terence is also one of the cofounders of Escargot Books, a micro-publishing house he started with two friends, Richard LaPlante and Peter Mayle. His latest book, Rare Stamps: Reflections on Living, Breathing & Acting, has received rave reviews and is a must read not only for all actors, but any creative hoping to make a living in the film industry.

So what would you ask a legend? Step up to the mic. Leave your questions for Terence in the comments section below. We'll publish his answers within the next couple of weeks.

A big shout out and extreme thanks to Stage 32 member, Roy Street, for making all of this possible. Roy is a man of many talents. You'd do well to have him in your network.