Six Degrees of Stage 32, AKA - It's a Small World After All

Posted 9 years ago by Lynette Carrington 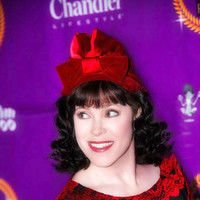 As a member (or soon-to-be member) of Stage 32, you've no doubt heard of the game that started the current age of show biz networking: 'Six Degrees of Kevin Bacon'. As many creative, support and production people as there are involved in film, television and theatre, it is truly amazing how closely we are all connected. This business is often just as much skill as it is luck, but it is also who you know. Connections are paramount.

For example, take a look at Harrison Ford. Assigned by the old studio system to mostly being a day player and featured guest in episodic television in the late 1960's, it was his carpentry work for various Hollywood people that actually got his foot in the right door. Those relationships he made brought along networking connections to Francis Ford Coppola, George Lucas and then Steven Spielberg. Then a legend happened. It was about connections. Anyone in this business should be so lucky to be even half as successful in their career as Harrison Ford. But is it really luck? I might argue that getting a good break is more about knowing the right people, understanding how to make strong connections, being professional and making an unforgettable impression.

So what does this mean to the 60,000+ members of Stage 32? Stage 32 IS about connections. Our connections here mean jobs, a creative outlet, producing films and other projects, friendships, professional collaborations and a deeper understanding and appreciation of the overall creative and production process. During the journey, all of us hope to present a unique viewpoint, a provocative narrative, or a finished project that serves as a testament to all those who worked on it.

In thinking about Kevin Bacon (because you know, in show biz it ALL comes back to Kevin Bacon), I wanted to apply the "Bacon Theory" to my own community on Stage 32. As one of the first "creatives" to join and embrace this new social networking platform, I initially connected to the holy trinity of Stage 32: Richard 'RB' Botto, Curt Blakeney and Derrick Ontiveros. I had already known Curt and RB from previous projects I had worked on and was proud to be there to witness the birth of the Stage 32 baby.

I then encouraged my daughter, Calista Carrington (a budding actress) to join Stage 32. From there, we both then added writers/directors/producers Bobby Shook and James A. Lee, who cast Calista in the award-winning short film, Dan Triumphant. We also found production people Brandon Barnard and Justin McNeil. Moving beyond my immediate circles, my Stage 32 connections grew to include publicist and webmaster Wendy Shepherd (Boondock Saints, Officially Plugged In, Sean Patrick Flanery, Norman Reedus) and indie filmmakers, Angelo Bell, John Paul Rice, Lucas McNelly and Jack Marchetti. And through all of them, I continue to meet and work with even more wonderful talents.

In addition to doing PR and publicity, I often cast and book people on various projects (radio, podcasts, videos, television, web series, print projects, modeling gigs, etc.). I'm always looking out for great talents and production people who have a strong work ethic and an excellent reputation. Enter my connections with actors/actresses Debbie Jennings, Kimber Leigh, Rex Sikes, Sean Laguna, Ricardo Andres, William 'Bill' Connor and Sarah Lovell. In California, my connections include producer/manager Tracy McCormick (who has gone on to get management gigs through Stage 32), actor Joe DiGiovanni and actress Caitlin McGowan, among many others. Up in Canada, my connections to the north include make-up artist Aleksandra Stanojevic, filmmaker/Actor Jakub Roman Gronowski, actor/voice over artist Anthony Ingruber and podcast host/film aficionado Casey Ryan.

This list is just a sampling of people that I hope to "bring in to a bigger consciousness" when it comes to working on various projects and for the marketing, publicity and PR that I provide. Any project I get involved in, I can count on my Stage 32 community to enthusiastically offer their services and support. As I get to know my Stage 32 connections better, I can also recommend them to others that I know in casting and publicity arenas. These connections are so important and as most of us know, it's a very tough business. Your connections can ultimately be your most valuable asset. So use them appropriately! I often think of my networking connections and abilities to be somewhat like Russell Crowe's character's thought process in the film, A Beautiful Mind: insane, complicated, far-reaching and deep-- but to me, I understand it perfectly and it makes sense. I welcome one and all to join me in my Stage 32 journey.

And if you don't think it all comes back to Kevin Bacon, I offer you this: back when I was a toddler, I was in the film Junior Bonner (1972) with Steve McQueen who worked with Robert Duvall in Bullitt (1968) who stars with Kevin Bacon in Jayne Mansfield's Car (2012). Yes, I am a third degree Kevin Bacon. YOUR Stage 32 connections are calling.... And while Stage 32 is not a guarantee of work or roles, your level of involvement and ability to network will determine your level of success. Learn how to work it, baby!

Lynette Carrington is a Publicist and PR Specialist, the Lifestyle Editor for Arizona Sports & Lifestyle Magazine and frequent contributor to various other lifestyle, entertainment and business publications across the United States and globally. In the past she has been Manager and Publicist for internationally-known Artist, Ruby Mazur and was Publicist for Actor, Anthony Ingruber. A life-long fan of film, she loves to promote all forms of entertainment and covers the acting and support talent that continues to provide such a rich diversity in film, television, stage, music and art.