The Arab World in Cannes

The Arab World in Cannes 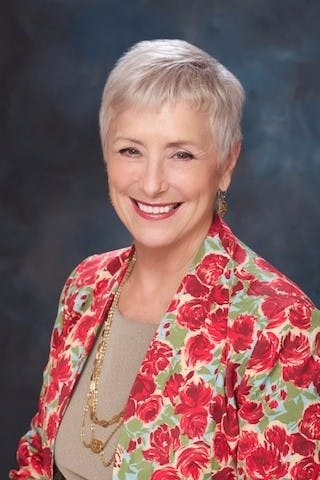 Mohamed Diab’s “Clash” / “Eshtebak” opened Un Certain Regard at the Cannes Film Festival this year. It takes place in Cairo during the summer of 2013 - two years after the Egyptian revolution. In the wake of the ouster of Islamist president Morsi, two journalists are grabbed during protests, their cameras and IDs confiscated, and thrown into the back of a police truck.

But the Lebanese and many North Africans are not Arab. Nor are Iranians, so you cannot count Cannes’ Iranian movies as Arab Cinema (“Varoonegi” / “Inversion” and “The Salesman” by Asghar Farhadi which won for Best Screenplay and Best Actor in Cannes).

And, of course, you cannot count Israeli cinema as Middle Eastern, though you can count Palestine: “Omor Shakhsiya” / “Personal Affairs” (Un Certain Regard), the story of an old Palestinian couple in Nazareth whose son, on the other side of the border wishes to remain n eternal bachelor and whose daughter who is about to give birth while her husband lands a movie role and their other son lives in Europe, Nadav Lapid’s “From The Diary Of A Wedding Photographer”/ ”Myomano Shel Tzalam Hatonot” (Critics’ Week), “One Week And A Day”/ “Shavua Ve Yom” (Critics Week), “Me’ever Laharim Vehagvaot”/ “Beyond The Mountains And Hills” (Un Certain Regard).

Therefore from now on, we will specify Arab Cinema as MENA (Middle East/ North Africa) in order to include other ethnicities in the Middle East, to include Iran and to exclude Israel…? Makes sense? Anyway, to continue…

This year in Cannes, there was much to be laud from the MENA lands as they find their cinema legs. MENA does deserve credit after all for inventing the camera obscura (Qumra in Arabic). Ibn al-Haytham, the 10th century Arab physicist created the first pinhole camera after observing how light traveled through a window shutter. Born in what is now the Iraqi port city of Basra, he spent most of his life close to the Caliphate court in Cairo. And the nomadic caravans of North African tribes were the first mobile theaters when they witnessed how a tiny hole in their animal skin tents could project the image of a brilliant scene streaming in from outside in the desert sun.

In Egypt (always the leader in Middle Eastern, I mean MENA cinema), the producer Mohamed Hefzy of Cairo-based Film Clinic (“Clash”) is now setting up “In the Land of Wonder” a Cairo-set Alice in Wonderland. “In the Land of Wonder” is the second film of director Nadine Khan since “Chaos, Disorder ” won the jury prize at the Dubai International Film Festival in 2012.

In Cannes this year, for the first time, the independently run Arab Cinema Center pitched its booth along with its quarterly magazine entitled Arab Cinema to keep Arab Cinema (MENA cinema I mean) on the world scene.

In terms of distribution companies, the pan-Arab distributors Front Row Entertainment, Eagle, Gulf and Jaguar and Italia have long existed, first as sub-contracting agents of the major studios in the U.S. and then as distributors of the best independent international cinema. But international sales agents out of the Middle East did not exist until Mad Solutions expanded into this area.

Now there is also Creative Arab Talent in Cairo. Amir Koura is the only agent to represent Arab talent in this region and his actors also aim to work abroad; tax incentives and international coproductions become major factors in placing them. Koura will be opening an office in L.A. to further the aim although US itself offers no federal tax incentives, leaving it to the states.

The Gulf States recently have tried to put Arab cinema into the mainstream with initiatives such as the Arab Fund for Arts and Culture (AFAC), Dubai’s Enjaaz and its international film festival, Doha Film Institute’s Qumra and family film festival Ajyal along with its film fund, TAKMEEL at the Carthage Film Festival for works in progress.

Looking toward the future, Doha has invested in 26 projects from 14 countries (13 narratives, six docs, three experimental and four shorts). DFI has allocated funds for development, production or post-production in its spring 2016 funding round.

The Dubai Film Festival and Market December 7 – 14 also continues to provide a place of showcasing MENA films and furthering works in progress and other financial dealmaking for cinema.

The Palestinian diaspora has created Future Logic. Based in Ramallah, Mohanad Yaqubi and Bassam Jarbawi and the Paris-based Raed Andoni launched at last year’s Dubai International Film Festival and attended the Marche to present a selection of upcoming Palestinian projects at ProducerNetwork. “Catch the Moon” to be directed by Sameh Zoabi will be produced by Ken Loach’s producer, Rebecca O’Brien at Sixteen Films. “The Return” by Mahdi Fleifel is another of the projects developed beyond the narrow borders of Gaza and the West Bank, drawing from the worldwide network of Palestinians.

And now for television:

The Arabic “Grand Hotel” opens its doors on Ramadan. The Arabic version of the international success-series “Grand Hotel” opens its doors as the top-event during Ramadan’s super-primetime. Egypt’s CBC starts the remake of the hit-series by Spanish production powerhouse Bambu Producciones and Atresmedia on June 6th. Other channels in the region will follow. During the month of fasting, Arabic channels traditionally show their top-of-the-line programs to profit from the record viewership numbers. Rising Egyptian star Amr Youssef (‘Sons of Rizk’) is starring in this crime drama written by Tamer Habib, directed by Mohamed Shaker Khedeir and co-produced by Beelink Productions and Eagle Films.

The Arabic remake stands in a row of successful adaptions, led by the Italian ‘Imperial’ (12xone hour) on RAI and ‘El Hotel de los Secretos’, the Spanish language version by Televisa USA. The original (three seasons, 39x70’/66xone hour) was aired on Spain’s Antena 3 with constantly 3.5 million viewers and a market share of nearly 20% and was honored with numerous national TV awards. The series has been sold by Beta Film in over 90 territories; the company also handles the remakes.

Karen Ceesay
a day ago