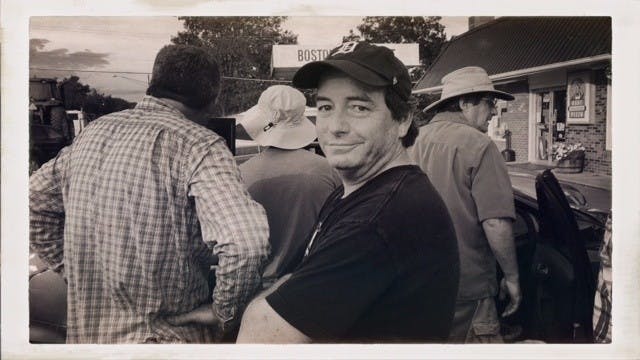 Every Tuesday for the next five weeks we're going to take you on the journey of the feature film, What Lies Ahead, starring Rumer Willis and Emma Dumont. This film is the result of blood, sweat and tears from an incredible group of Stage 32 members. It was written by William Viglione and directed by Rob Gardner. The feature is produced by William, Rob, and producing partner, Joe Burke and co-produced by our very own CEO, Richard "RB" Botto, and Managing Director, Amanda Toney. Stage 32 Script Services executive Tiffany Boyle played a huge role as well, securing Vision Films for distribution.

Stage 32 first told you about the film in early 2017 when the creators were featured in Variety Magazine. Since then, the film has moved by leaps and bounds and we're thrilled to bring you the inspiring story of how the film came to fruition.

What Lies Ahead is a thriller about two young women thrown together on an unexpected road trip and facing an aggressive peril that grows stronger with each passing mile. A profile of the film was just featured again in Variety. It will be released theatrically in New York or LA and on VOD around the world on March 5th.

Below, in the first part of our 5 part series, William and Rob discuss how the film came to be and, today in particular, how they went about securing Rumer Willis and Emma Dumont as their leads. 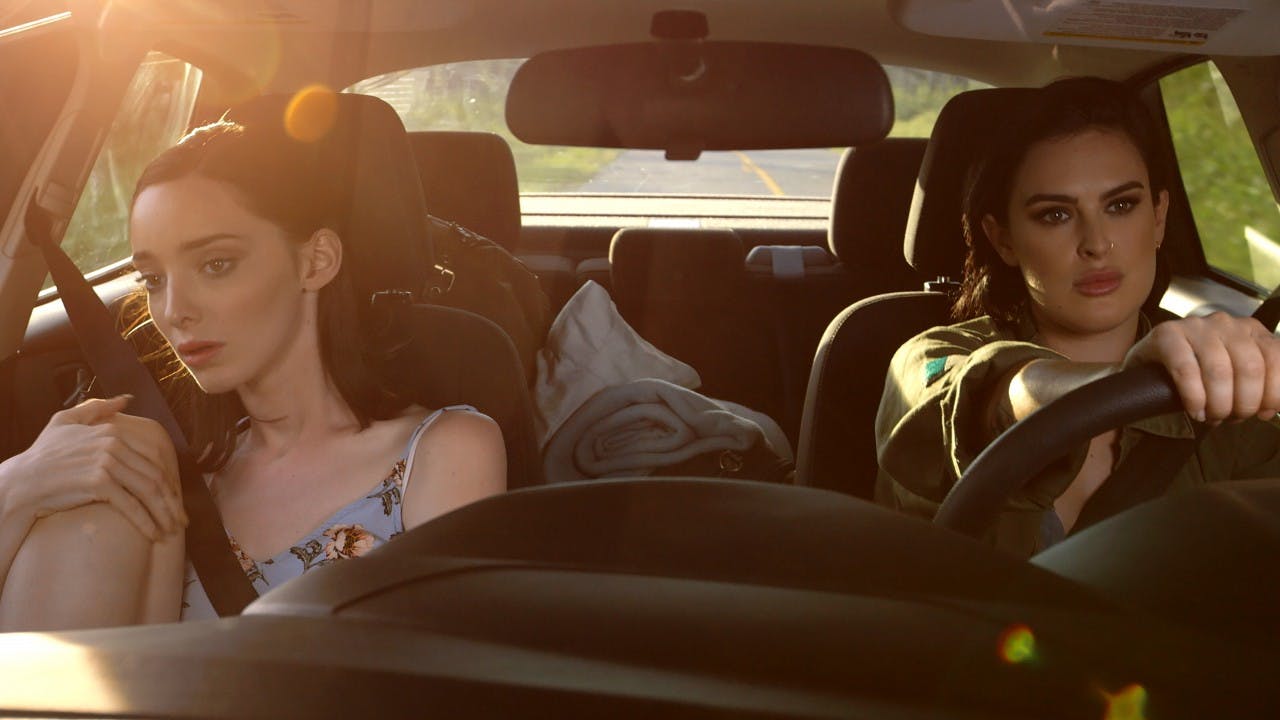 William J. Viglione "WV": When people talk to us about the movie, one of the first things they invariably ask is, “Hey, how did you guys get Rumer Willis and Emma Dumont in your film?” The honest truth is, when we first set out to make the film, attracting “name talent” wasn’t something we thought very much about.

Rob Gardner "RG": When we began casting the film, we started making talent decisions prior to Rumer and Emma’s agent and manager sending them our way. Our casting director, J.C. Cantu, found us some great choices to play the principal roles. Wonderful actors with credits on top network shows.

WV: Then we learned that some bigger names wanted to talk with us. That’s when we went from viewing audition files to hopping on Skype and phone calls with actors. Rumer had read the script and her excitement about the project kind of floored us.

RG: Once we had Rumer on board, her reps recommended another client for the other leading role,. It was Emma Dumont, whom we’d both seen in Aquarius. When we had a chance to hear Emma’s read, I knew right away I wanted her on the film.

WV: We were equally blown away by Emma after talking with her. Her enthusiasm matched her intelligence, which is considerable. She’s in Mensa and has scholarship offers waiting for her in Robotics Engineering. As for the film, she immediately got what we were trying to accomplish, both tonally and from performance perspective.

RG: With Rumer, her name came up in the very early stages. At the time, however, she had the great opportunity to head to Broadway to play Roxie Hart in Chicago. On her return we still had a part for her, so the timing was ideal.

WV: Everything just kind of came full circle, much like our working relationship and how the film came to be. 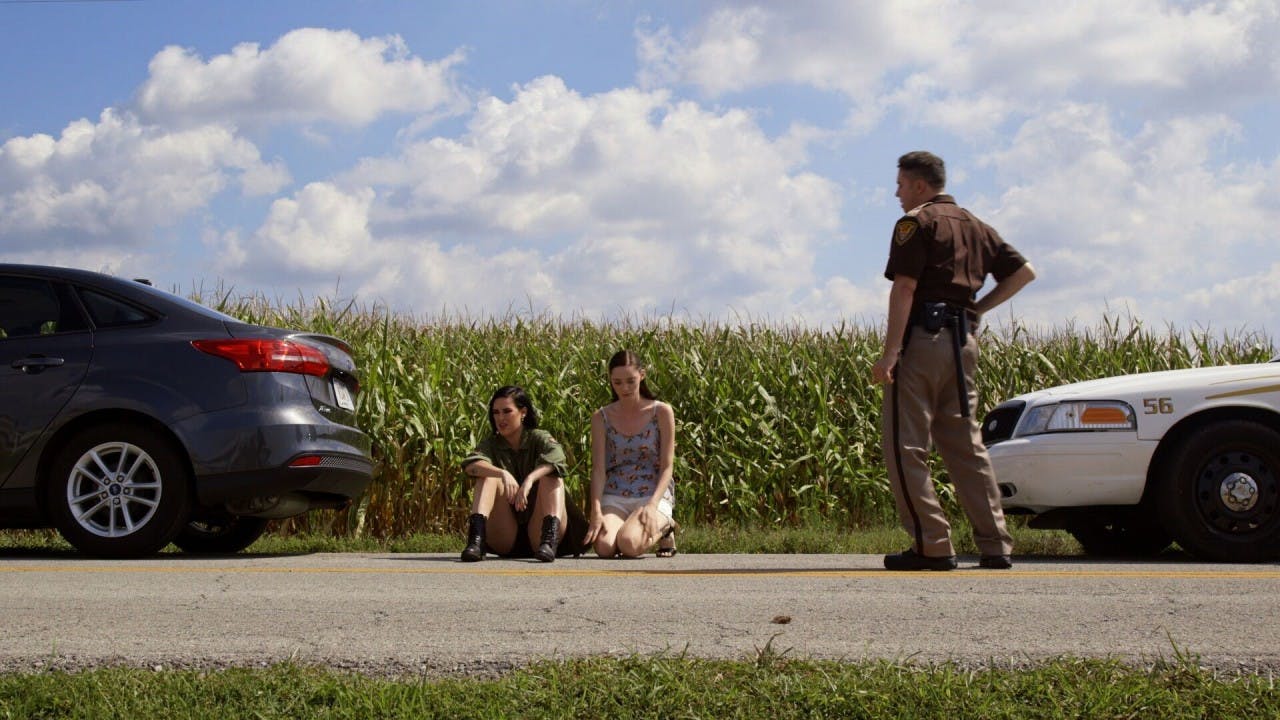 "What Lies Ahead" is the story of two young women (Rumer Willis and Emma Dumont) who are thrown together
on an unexpected road trip in which an aggressive peril emerges.

RG: Bill (William) and I met many years ago on a commercial shoot, continuing the agency writer/producer and commercial director relationship for many years. We even produced a music video and co-wrote a short film together. We stayed in touch through the years, and decided that instead of producing the short film, we would do a feature instead. Bill came to me with an idea he had been sitting on and together we worked on the story. He completed the script six months later.

WV: We truly built this project from the ground up. Starting with the script, forming our own production company, finding our investors, and then packaging the whole project with the help of our attorney, Sam Curphey. For me, this was born, in part, from a number of past frustrations with options and development opportunities that didn’t go the way I’d hoped. In talking with Rob and another longtime friend, Joe Burke, we decided it was time to take our fate in our own hands.

RG: We knew we had a story we were excited about that we could produce at a reasonable budget. It was truly a team effort in both production and post. We were fortunate to have a well-seasoned crew to help execute our vision. We also had two producing partners who were key in helping us take the project to the next level, Joel Segal and, of course, Joe Burke. I was fortunate enough to meet Joel when he was brought on as my AD on commercial productions. Joel’s resume is as long as my arm and he was a mentor to me on this production. He was able to use his relationships from his past life in the acting world to get the project in front of top casting directors who were eager to work with us. Joe was also a fantastic sounding board with the overall process.

WV: But on an indie film, even when you think you have everything figured out, unexpected challenges continue to come at you. For starters, one part of our financing wasn’t as rock solid as we thought. Then we had to push our start date for one of the actors and lost our UPM as a result. And then, oh crap, a TV show called Blindspot was announced (our original title for over two years), so the title of the film had to change. And those are just a few of the minor challenges.

RG: But as many things that do go wrong, if you’re lucky, there are just as many happy accidents. 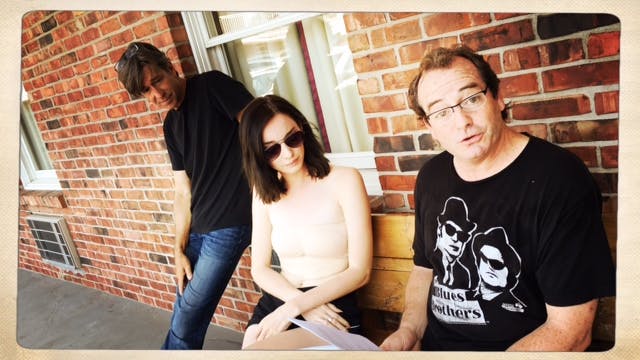 WV: Which brings us to Stage 32’s involvement with the film. It all started when we hopped on a Stage 32 Pitch session with Tiffany Boyle, the head of Sales and Packaging at Ramo Law. What began as an impromptu conversation to get Tiffany’s thoughts on the project ended up developing into something much more. We signed with Tiffany and Ramo Law a full year and a half before we went into physical production. She believed in us and we certainly believed in her. More than our sales executive, she became a vital part of our creative team, lending insight and guidance and giving our investors confidence in what can be a very long process.

RG: With Tiffany on our team, we knew we could concentrate on making the best film we could. It was a relief to have someone with her knowledge in our corner. After Tiffany took the film out to buyers, we were greeted by a number of very solid offers and after weighing them, our collective gut pointed us toward Vision Films. This was new territory for us, a baptism by fire. To be totally honest after hanging up after many a call, I headed to Google to look up the industry terminology and acronyms in the world of distribution.

WV: Learning curve aside, we couldn’t be more excited to be working with Lise Romanoff (Managing Director/CEO) and Vision Films and the wealth of experience they bring. We’re now geared for a March 5th launch, opening in theaters (in L.A. and New York) as well as On Demand and in stores on DVD.

RG: We’re also proud to have Stage 32’s own RB and Amanda Toney join our team as producers. In addition to fostering our relationship with Tiffany Boyle, RB and Amanda have been strong advocates for the film and we’re excited to be working with them.

WV: Rob, Joe Burke and I are all proud members of the Stage 32 community and we really appreciate everyone’s support as we move forward toward the release of our film. We’ll be back next week and delve deeper into the production process that eventually got us to where we are today. We’ll also give you a look at some of the key art for the film.

The film opens in theaters March 5th, but the journey doesn't end here.

Check in with the Stage 32 blog next week for Part 2 with our three filmmakers.

As always, we welcome thoughts and remarks on ANY of the content above in the Comments section below..

William Viglione is co-founder of the independent motion picture production company Lago Pictures along with Director/Producer Rob Gardner. He wrote and produced the road trip thriller "What Lies Ahead", starring Rumer Willis and Emma Dumont. The film was co-produced by Stage 32's own Richard Botto...