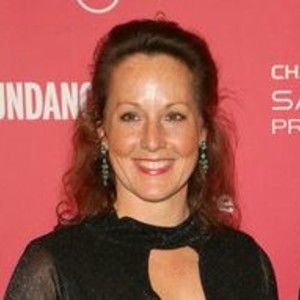 Aimee is interested in hearing pitches for elevated Sci-Fi and Thrillers.

Aimee Schoof is a feature film producer and the co-founder of Intrinsic Value Films with Isen Robbins. She has produced more than 35 feature films. Of those, 10 have premiered at the Sundance Film Festival, 4 at the Tribeca Film Festival, 3 at SXSW, and one each at LA Film Festival, Toronto, Venice, New York FF, New Directors/New Films, and Berlinale.
She is in post on THE LAST THING MARY SAW which is being sold by CAA and the mystery MONTAUK starring Molly Ringwald. Her last film starred Ethan Hawke.
Her company develops, produces and sells independent films that have been distributed worldwide, have won many awards and been honored with numerous nominations. Accolades include winning two Sloan Sundance awards, a Sundance Special Grand Jury prize, and being nominated 5 times by Film Independent as producers. She is both a Sundance and Film Independent Fellows, has worked in international sales attending all major markets, and regularly lectures on film finance and production.
She has expanded into television and currently has a slate of scripted and unscripted projects and feature films in all phases of production. Aimee is a partner in comic book publishing company Red Giant Entertainment, developing comic book properties for film and TV.
Select produced films include TESLA with Ethan Hawke  the upcoming release for IFC, AMERICAN SATAN with Malcolm McDowell, Boo Boo Stewart, and Denise Richards, MARJORIE PRIME with Jon Hamm, Tim Robbins, Geena Davis for Film Rise, EXPERIMENTER with Peter Sarsgaard, Winona Ryder, Jim Gaffigan, and John Leguizamo for  Magnolia, BLUE CAPRICE with Isiaiah Washington, Tim Blake Nelson, and Joey Lauren Adams for IFC, RUN  with William Moseley, Kelsey Chow, Adrian Pasdar, and Eric Roberts for Millennium Entertainment, ALPHABET KILLER with Eliza Dushku, Cary Elwes, Timothy Hutton for Starz/Anchor Bay,  DEATH OF A DYNASTY with Kevin Hart, Rashida Jones, and Chloe Sevigny through TLA Releasing, XX/XY with Mark Ruffalo for IFC.

Aimee specializes in all genres of features and television aside from RomCom or Documentary.

(Please no Rom Com or Doc)

Tips on pitching to Aimee Schoof