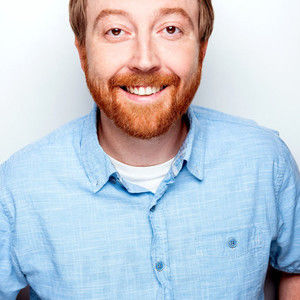 Elisha Yaffe is an award-winning actor, writer, producer, and director.
As an Executive Producer and Writer, he's been commissioned to write 1/2 hr comedy pilot scripts for TBS and Super Deluxe. He was the Co-Showrunner on an 8 episode 1/2 hr comedy series for go90 and Complex Networks. He's developed shows for Warner Bros. Studio 2.0, Warner Horizon, Ron Howard's NewForm, MSN, as well as an interactive show for Eko Studios. Currently, Elisha's an Executive Producer on a studio comedy project being taken out to cable networks. As an executive producer, he's found success developing and executing short films and web series with the aim of having them double as proof of concepts for long-form projects.
As a development executive, Elisha works with writers to sharpen their take on each project with a focus on plot and character development. He's also a highly sought after pitch coach, specializing in performance and copy editing.
In the short-form space, Elisha's been nominated for a YouTube Comedy Award, been awarded 5 Vimeo Staff Picks, and featured on the prestigious website "Short of The Week" twice.
Elisha specializes in feature, television and short form Comedy, Rom-com, drama, Thriller/Suspense/Mystery, Horror, Talk Show, Indie, Biopic, Documentary

Tips on pitching to Elisha Yaffe