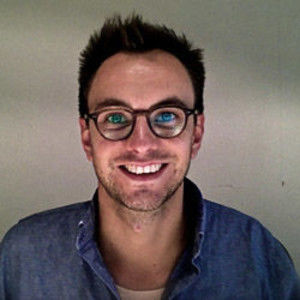 Specializes in all genres of features EXCEPT period, large-scale historical and fantasy.

Kristian is looking for feature scripts of all genres EXCEPT period, large-scale historical and fantasy. He is seeking scripts that can be made for under $20MM.

Check out the trailer for the BIFA-winning Next Goal Wins, produced by Kristian Brodie!

Kristian Brodie is an independent producer based in London, and the former Head of Development for Agile Films. He produced the company’s debut feature film, Next Goal Wins which debuted at the 2014 Tribeca Film Festival before an international theatrical release. It went on to win the BIFA for Best Documentary.

He is currently in post-production on Beast, the debut feature of two-time BAFTA-nominated director Michael Pearce starring Geraldine James, Johnny Flynn, and Trystan Gravelle . Kristian is in development with BBC films to produce the dramedy The Extra Mile, set during the 2012 Olympic and Paralympic Games in London.

Kristian has previously worked as a sales agent at ContentFilm International, and started his career in the London office of the William Morris Agency.

Tips on pitching to Kristian Brodie