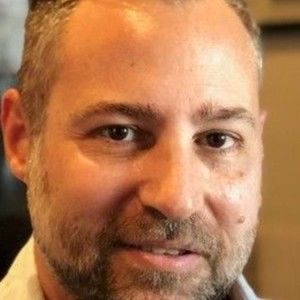 Matt specializes in television SciFi, Comedy and Drama, as well as low budget feature and animation.

Matthew Carpenter is a Producer and Creative Executive with extensive experience in both film and television.

As a writer he co-developed and wrote for the SyFy Channel series Painkiller Jane, and oversaw creative development for the animated horror feature Deadspace:Downfall based on the hit Electronic Arts video game franchise. Other works include the action/horror feature film Navy Seals vs. Zombies released by Anchor Bay, the animated pilot Alien Admissions for Blue Ant/Mondo and the drama series Eden that was set up with eOne and Imagemovers.

Previously Matt was the Director of Creative Development for Starz Media, developing both comedy and drama projects for the network, including the critically acclaimed Party Down, Crash, Head Case, Gravity and Pillars of the Earth. He then ran television development for Jason Blum’s, Blumhouse Productions, where his projects included the MTV drama series Eye Candy and Syfy Channel limited series Ascension.

Later, Matt was named Head of Development for ASIB Entertainment where he focused on international co-productions for both features and television. Matt has since partnered to form Venezia Media, where he serves as Managing Partner/Head of Creative Development, developing scripted and documentary content, and is currently producing the feature-length documentary Zero Gand I Feel Fine based on the early days of NASA.

Matt specializes in television SciFi, Comedy and Drama, as well as low budget feature and animation.

Tips on pitching to Matthew Carpenter