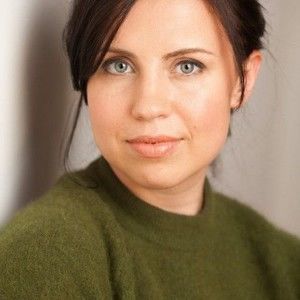 Specializes in all genres of features & television.

Sissy Denkova was previously a Development Executive at Gidden Media, a content incubator production company, focused on developing emotionally compelling stories that resonate with wide audiences. She’s worked on films such as BRIAN BANKS starring Aldis Hodge, Morgan Freeman, and Sheri Shepherd, and scripts such as THE APPRENTICE to be directed by Ali Abbasi, written by Gabriel Sherman, SARGE, the story behind the life of NBA player and Air Force vet Bernard James, and the TV Series GHOST BOYS, to be produced with 50 Cent’s G-Unit.

Sissy spent almost a decade in New York City studying theater, improv, sketch comedy, filmmaking and independent producing. She also worked on the Innovation team of a media company behind LinkNYC and LinkUK called Intersection. Sissy is fluent in Bulgarian, avidly working on her French, and dances Argentine tango in her spare time.

She has a Political Science degree from the University of Memphis. Sissy is a proud member of Women In Film Los Angeles and Film Independent. Currently, Sissy is working as a script consultant and preparing her directorial feature debut titled THE SCENT OF LINDEN, a Bulgarian-American dark comedy about comradery.

Specializes in all genres of features & television.

Tips on pitching to Sissy Denkova