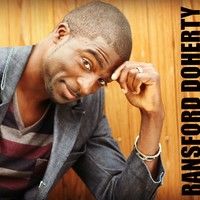 Even though I had great teachers prior to me moving out to LA and a Bachelor of Fine Arts degree from Longwood University, I still needed to take acting classes when I came out to Los Angeles. Why? The most dangerous phrase in the English language is “I already know that!” In the television and film world, acting classes and casting director workshops are not the same thing and for some reason when actors move Los Angeles they think they are. Think of an acting class like a gymnasium of emotions and behavior. A place where you lift heavy weights of character, sweat out emotional sense memory, fart, burp, scream, cry, work out and push yourself to limits you never imaged. However casting director workshops are not that. They are the more like the ESPN CrossFit Games, where they give you the task and you better be able to perform it. Your “A” game is a must. THE TRAP The trap for actors is that we so desperately want to be “discovered” by the casting directors of a hit television show, box office feature or indie film that the casting directors end up discovering something else about us that we never intended them to discover in the first place. They discover that we are not ready. (I’m so guilty of this) Not ready for what? 1. Not ready to take directions when a casting director gives you an adjustment and actually make the adjustment, not do the exact same thing they directed you not to do. 2. Not ready to give the casting director a great eye catching headshot with a resume that looks like you have experience in the acting business. 3. Not ready to cold read a scene which means you don’t have the ability to perform a scene very well with little to no preparation. 4. Not ready to perform under the pressure of having writers, producers and directors that are in the room watching you, during your audition. 5. Not ready to not take things personally. 6. Not ready to accept the fact that casting may never call you 7. Not ready to work with other talented actors. 8. Not ready to work in front of a camera. 9. Not ready to break down scenes and characters. 10. Not ready to stop making excuses. 11. Not ready to be the great actor you are meant to be and let your greatness shine because you have not taken the time to practice your craft. Let’s face it. Perception is reality in this business and the perception you want to create in front of casting is that: I’m a professional actor, ready to help you make your show the best show it can possibly be and if it’s not this show it will be the next one. As Phillip P. Keene, Series Regular from The Closer and Major Crimes once told me, “If you sit at the dining table long enough, they’re going to have to feed you.” But if you are not willing to work on your craft as an actor, then don’t even expect to get another invite to the dining table. In my opinion there are 2 invites. The casting director workshop is the first invitation, the one you paid for to meet them, hear their words of wisdom and show them your talent. The second invitation, which is not predicated to the first invitation, is where they call you in to audition for the show they are casting. Please be very aware, there is NO guarantee, and I mean NO guarantee they will call you in to audition for their show just because you took their workshop. However remember, your goal with the first invitation, the one you paid for, is to do such a good job that they have to call you in to audition for them because you were so unforgettable. Be great and they can’t forget you, even if they tried.

Great, great post. So true and informing. I related to this coming from a theatre degree as well when I moved here, but I got adjusted quickly and understood that these things were a part of the world here.

Very good post! Clear and concise. At my acting studio, we've always promoted the idea that acting class is just like going to work out at the gym. When you've achieved a certain level of fitness you don't stop going to the gym -- you continue, in order to stay in shape!

Thanks Ransford, Great post. About to go to a casting directors workshop tomorrow and this is a great reminder of my agenda when I go there. Much Appreciated

Great post Ransford! Well written, I really enjoyed reading it and being reminded of the importance of acting classes and how they feed into CD workshops. Thank you.

Such a good post, I was talking about this very thing with my teacher after class last night - thanks Ransford. Great quote from Phillip P. Keene.