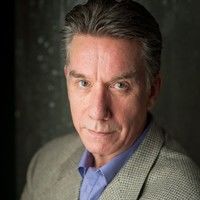 In September 2015, I decided to make my entire acting count. Why shouldn't I earn money, and try to attain a professional union status? Why shouldn't I try to actually earn a living from this? Although this was a silent prayer before this time, it was a year ago that I actually said this stuff out loud for the first time. I was about to go onstage for a play, but why shouldn't I try to get some paid work after that? We were planning to have a busy Film and TV season in Vancouver in 2016, so a lot of indie film-making was moved to the Winter of 2015. By December I had already made two multi shooting day movies, and January saw me score another, which directly led to a V/O gig and the offer of another free theatre. During this I booked a multi-day Motion Capture gig. I took it to help out and as soon as I had finished with it, booked another theatre gig in the fall. A three day movie shoot followed in the Spring, before I got a Network TV (Apprentice level Union membership - 2 more roles to get a full one.), a Movie of the Week speaking role, and then I had to pull out of the Fall Play, because I scored a second MOW role. (Full union membership.) However, a PAID theatre role offered itself to me on the same day, and then I scored a second Network TV role that I could fit in between all of it - Oh, and I was required for another Motion Capture gig. In fact this mpnth alone I am doing TV, Film, Video and stage - and they are all paid. Last September I celebrated three years back in the biz. That's three years of work, education, contact making, and marketing. So perhaps, it is familiarity that has given me an unbelievable year, but I would also add the following into the reasons why I have 'turned the corner': Because I made public to everyone my intentions. because the Universe wants you to succeed. Because you should stop paddling in the shallow end, make a decision and dive in. You will be rewarded, and your self confidence and self-belief will rocket upward. Now, please excuse me, I have an audition for the lead in a Netflix movie. And I can book it ...I know I can.

Wow! It seems like voicing your intention created a magic moment, but as you also recognize, it was preceded by a lot of preparation, networking and marketing. Apparently they all work together as partners. Congratulations and thanx for sharing your inspiring journey.

Thanks for sharing Steve. Dive right in !!

Hi Steve, congratulations. I believe it's all in the believing and your prayers.

Hello Steve. Congratulations. I too, refuse to give up and when I don't, things begin to happen. Whatever it takes! I love to keep busy with whatever comes my way that is legit and a challenge. (Rick Jey)

Wonderful read! Thanks for the push today Steve!

Congrats steve! Keep on keepin' on!

Thanks for the kind comments, everyone. i;m writing this from a movie set where I'm on location...I've never said that before! Go and seize the day !

we all want to be able to say that Steve :)

This is one outstanding and inspiring post, Steve. Thanks for taking the time.