Acting : Demo Reels - Creating a reel that can get you work by Lawrence Charles Benedict 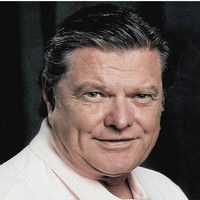 Demo Reels - Creating a reel that can get you work

There have been some excellent posts regarding demo reels. I posted the following as a comment but, as a published author on reels, and an editor in the heart of Hollywood, these few tips may be helpful: A reel is created to convince agents, casting directors and producers that you are the best person for the part. A reel has no other function. Casting directors these days will tell you a minute is the maximum they are likely to watch. Your agents will tell you to post individual clips on Actors Access and other sites so that they can discuss your performance with casting while they are watching the clip that best represents the role you have been submitted for. Therefore it is counter-productive to put dissolves or other effects between clips other than "dips to black or white." This allows you to quickly and cheaply reshuffle your reel for a specific purpose, pull out a scene that is not relevant for this submission, essentially revise your reel ad-infinitum. There are actors, who are at the level of series regular or starring roles whose reels need to be longer since producers will want to see the scope of their abilities, but even they will be asked to submit individual clips more often than not. I have two young stars, that are in this category and I will post their 5 minute reels. Tips: (Almost) no-one should be on your reel but you, When in doubt throw it out. Casting wants to see your performance, they are not interested in story. Don't repeat a character or situation. If you have two tirade scenes, choose the best one. In fact don't repeat anything. Eliminate all extraneous footage, no coming through doors, running across fields, walking down long hallways with your back to the camera any thing that does not promote you as the star. If the star of the series boosts your performance with a comment or throws focus to you, this is okay. Use whatever makes you look good. Bad video quality reduces the effectiveness of your performance. Enhance, color correct, brighten if you need to. All work on your reel should be as current as possible. If you were famous for a scene shot 20 years ago and must use it. Restore the video technically. If you don't love your reel, you won't promote it as religiously as you should. I've never seen anything, reel, trailer or feature film, that didn't benefit from being shorter. But then, I am an editor.

Thank you for the tips, Lawrence.

Great advice, cuts through the bull!

Great Advice which I will use. Thank you for your wisdom.

Thanks so much all of you. If you have any specific questions, I'll be glad to answer them. Her's a tip: Have your reel ready before you need it!

Thanks Lawrence! Great advice! I was wondering, could a monologue could be used in a reel?

Hi William! Good question. If you have recent broadcast or other paid gig, don't mix a monologue with that. If your reel is not current you will want people to see what you look like now. I would separate the two and post the monologue on its own. If a monologue is all you have, by all means use it. If you decide to use a monologue make sure whoever you submit it to knows up front what it is. I uploaded a "self-tape" audition right here, just click on my videos to have a look. You will want to use the best sound (make sure the mic is as close to you as you can get it). and best lighting you can muster. Get some light behind you to separate you from the background and shoot a loose close up. The wall behind you doesn't matter as long as it's neutral and not white. Don't look into the lens unless it's a commercial and don't move too much. If you would like more information get back to me. :)

May I ask as a screenwriter what kind of texts would be perfect for a reel? So far I just wrote scenes with maximum 2 characters and different emotions to give the actor the chance to show what he can. Sometimes what actors had done so far was nothing they wanted to show in their reel and sometimes it was not enough to use it for a reel. Hence, they or a cameraman asked me to write something. So, what would be a great script for a reel if you haven't anything to show yet?

Thanks Lawrence! That was very helpful.

Thanks William! Elizabeth, this is a great question, I'll get back to you this afternoon with some suggestions

Thank you very much, Lawrence! I will post a couple of reels I wrote (check The Silver Wedding and In a God's House) in my 'loglines'. Maybe anyone of you actors or acting coaches would like to read and give feedback - or you simply enjoy it. In case anyone should need scenes for reels just contact me. I love to write this. Give me an idea what you would like to show and play and I'll write something for you - and I promise it will be different each time. :)

Very nice, Elisabeth, Can you direct me to your loglines? I had a thought. Should you like someone to edit what you have shot, I would be available. We could even do preproduction meetings and I would make sure your vision was realized. I'll post some of my reels and editing where you can see them, asap. Oh I did a second pass on what I wrote for you (hope it helped) in case you want to scan through it.

thanks for all the information, I'm working on a demo currently mine is an audition I did. I know that's not the best of the bunch

Thanks Jonathan. You have to use what you've got as long as they can't fault the performance. Replace it as soon as possible and often. Every time you change something, as long as it's in some way different, you get to contact the same people over again It's a plus :)

Hey, if I have a deno reel already made, where are some places that I can submit it to?

James if you have a demo already, I would find some Casting Directors and get on the ball

James, I think you can also upload it here on stage 32 and contact each Casting Director or Film Director and Producer you find here. Just learned that you can look for them sorted by occasion or location or both under the menu point 'connect'. Good luck!

That's good advice from Jonathan ad Elisabeth. I've been away for a couple of days but I would also suggest uploading to Actors Access before contacting casting. They charge $22 a minute with a 6 second grace (one time fee unless you make changes). Try to get it down to one minute even if you can afford an extra minute. If you would like me to review your reel and offer suggestions, I'm happy to do that, no charge. (I charge for actual editing). You can send it by any file sending program such as SendBigFiles. lawrence_benedict@yahoo.com

Still getting caught up on the last two days. Stage 32 and social sites in general are changing the way things happen very swiftly. A year ago it would have been bad form to contact casting, unsolicited, and networking and showcases were the key. I still strongly suggest doing that, while not ignoring the suggestions above. If you have broadcast or paid film-work it's easier to get through to casting. If your reel does not include paid employment, focus on getting your reel seen by agents. If you are starting out, the best place to get clips of your work is by volunteering at film schools for acting roles. You will perform for clips of the footage for your demo reel. I will write a longer article on this subject over the next few days. It's a very good question that you have asked!

Hi Connor, Not worried about language! I'll take a look right away and get back to you. :)

Nice Reel Connor. I'd be proud of it the way it is. Should you wish to play around with it, I would make these suggestions: Keep the headshot since you have so many different looks. I'd save the contact info till the end. Generally, it's hard to get people to stop what they are doing and focus on a reel. For that reason, i would take the American History scene and put it first. They will forget what they were doing and watch you. Also, you do this character very well. You can probably get more work, more often, by "branding" this character. Then let them see what else you can do. I might end the reel with the Hire Me scene, for the same reason, and it will give them a laugh to go out on. Put the sensitive scene about miracles second. Dissolves are confusing and look like bad editing. Lastly, there are frames here and there that could get shaved but absolutely no big deal. This is totally nit-picking but I'd still try it, particularly if you edit yourself and are not paying for revisions. If you have any other questions let me know. Good work Connor! Make sure this work gets seen! https://youtu.be/DQO_ozdKSRM

Ha! First things first! But after that, go for it! Those are all good reasons for what you did with the reel, However, there is nothing more important than making a get-down entrance. What you want is for the sub-agent to call out to the boss agent "Hey come and have a look at this!" You only get to make one first impression. Your reel is a sales reel which means they have to be sold on you or why bother? I agree about the hair, I've had to shave my head multiple times and I'm never comfortable with it. An actor has to be two people. The one who makes money and the one who does art! You don't need to trim frames, that's icing on the icing. Congratulations. Every actor should know how to edit. That's why I give seminars at SAG for actors to learn to edit their own reels.