Acting : What not to do if you want to have an acting career by Natalie Lauer 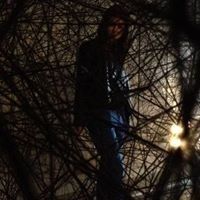 While doing research for a pilot I read that the Chinese find American's laughable for a tendency to tell the truth to others when there is no direct benefit in doing so. Take it as a sign that I am finally Americanized, but producing my shorts really sorted out those due to whom I am confidently moving on to a feature, and those I'll never work with again wearing a producer hat. You should feel offended, as it's due to this behavior of others, the unknown actors aren't trusted with parts. As I work on my shorter list of production rules, below are a few biggies not to do; you are welcome to add yours. There is a casting breakdown at the bottom. 1. DO NOT BECOME KNOWN AS A LIABILITY Film production is an expensive team sport. Every minute costs hundreds to thousands of dollars, regardless if you are working for a credit or scale pay. But the main wrinkle on the producers' mind is LIABILITY. It's rare that your issue is so important that a producer should pay attention to you instead of monitoring keeping people safe on set. If you break the cardinal rule and become a risk, endanger yourself and others by doing what I've actually seen happen and of course not limited to: come up to people from behind, cat-call crew while they are concentrating on their jobs already working long hours, walk off set while production is still responsible if you for example get run over, do not sign a release after provided with one yet keeping yourself on set (feel free to add your experiences) - I wish your Hollywood career all the best but never again working for me. 2. BE AT THE TOP OF YOUR GAME Put in the time the acting craft demands. If you show up to your call time unprepared for your role, not remembering the lines, you literally just spit on every member of the production crew, casting, agent, mentors who trusted and supported you. I am a very loyal person, so disrespecting my people is an end to our collaboration. You are like a rockstar getting onstage to a full house unsure of the song. Assuming you wanted the role when you auditioned for it, and it's not a part where you get booed, WORK harder at your performance. There is a reason why everyone wants Meryl Streep, and it's not her good looks. Winging it works only at KFC. 3. DO NOT BE A DISTURBANCE The PA's aren't your assistants and the cast aren't your audience. Concentrate on making your performance great, and respect others by limiting unrelated bs during the shoot. Do not pretend you've landed at an industry networking event, where you get to touch people, flirt, exchange contacts because you can't wait to do this after you wrap, seek personal go-fors. If you don't want to be on set - please just sign out. I wonder how quickly I could recast to a better acting experience and similar physical features holding a respect and dedication to the craft. 4. YOU ARE AT AN ON-THE-JOB INTERVIEW Film crews and fellow actors work multiple projects, and if you prove yourself a true professional they are your best path to ongoing work through direct hires and referrals. It works the other way even quicker. If you talk trash, spread rumors, are unpleasant or in any way unprofessional, you have multiple eyes on you, irreversibly quick spreading a black mark in this very small pool. Ask yourself, if you are adding value to the production as often as possibly while you are on the set. 5. MY SET IS NOT A THERAPY COUCH My credentials for listerning to others end at maybe using something I hear for character development. I'd much rather sit on my TV couch eating bonbons, maybe pay attention to my family, possibly buy a new car with the money I personally invest in production... and last but not least - write. You can't afford me as an unlicensed therapist, and I get offended at apologies and attempts to use personal issues as excuses on my short time. I only want your feelings to come through when the director calls "Action." Feel free not to appreciate any of this, and burn as many bridges as it takes. But it's the worst feeling is when the phone doesn't ring and you'll never know why. As The Lords and Other Creatures heads to our principal photography wrap, I acknowledge the talent and the hard-work of my amazing team.

Great article! I love your sense of humour. I am getting into this business quite late and I am still amazed at some of the idiotic behavior I have seen from actors who believe their own press.

Thank for your feedback! I'd love to hear other stories, as I am sure I could never cover all the stupid things people do to hurt their own chances of making it. And to add to my "list"

You are welcome, Natalie. On one of the first FREE student films I did, some woman made her entrance and actually said, "The star is here." I shit you not. I nearly died. On another 5 minute short, the female lead actually gave the director shit for making her wait. To his credit, he replaced her with his girlfriend, who was actually not bad. It is endlessly entertaining for me to watch people shoot themselves in the foot and not even know it. I have spent a lot of time, effort and money to learn how this business works and I have no time for people who have no respect.

Another rule: Thou shalt not be petty. When I was still on Facebook, I had a play in a NYC festival and we made a fan page for the play (8 in the cast, director, asst director, stage manager, etc. all "liked" the fan page). We agreed to connect on FB and LinkedIn (Twitter was not around yet) so we could post rehearsal pictures, "like" the photos, help get the word out. One actress in a supporting role got a nice mention in our Backstage review. It went to her head and she unlinked the rest of us. Petty and unnecessary. Another actress tried to steal her stage props (items that belonged to me). Another no-no. Interestingly, whenever I come across the bios of these two, they always mention my play. But I would never work with either of them.

Fantastic little piece Natalie and so true. I do like the fact that when on set you're involved in an on-the-job interview. Treat it as such. Sean nailed it: professionalism. You're there to do a job, be prepared and get it done to the best of your ability.

What's sad is that there are many actors who would appreciate the opportunity, work hard, and be the best they could be and may have been passed over for those others. It frustrates me to hear of behavior like this when others would have been grateful for the chance. I've heard it several times on roles I auditioned for. I've been at this for 12 years now and I'm thankful for each and every opportunity.

Yup, it's all true. all I can say personally is I try, I commit my all to each audition and project.

Nice read! Thanks for the article it was very interesting and I am happy to know I am not the only one having that kind of experience on set!

Love all the input! So this past week, a crew person also an aspiring actress got into a production head's truck with gear completely unrelated to their position, found rollerblades and thought it was OK to put them on and try going down a street. It's a good thing I drink lots of water on set, because the profanities where flying in my head faster than I made her take them off.

It makes me wonder where she was raised. Too paraphrase Ethel Merman, "I didn't need to go to film school to learn not to pick up a penny near a stubborn mule."