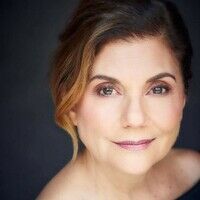 I offer this up in the hopes to shed some light and be helpful to fellow actors. I’ve had the good fortune of auditioning, being cast and performing on quite a few major TV series as a guest star - and have found that it’s a very specific animal… this “guest star” thing. Doing these roles is not for the faint hearted. But then again - bottom line, being an actor isn’t either. Maybe this post will help demystify these gigs for you and light a fire, because they can be a blast.

My last role (before the industry shut down) was working opposite Viola Davis on How To Get Away With Murder - wow, what a powerhouse woman and artist she is! I played Dept. of Justice Attorney Reyes on Season 6 /Episode 12 - one of the last episodes of the series. My character led the proceedings which determined whether Annalise Keating (Viola) would fry in the electric chair - or not.

The series (being one of Shonda Rhimes’ creations) was successful and high profiled. Competition was hefty. When I walked into the audition room the pressure was high. I was ill that day and kept telling myself to just put one foot in front of the other and I’d get through. Long story short, I booked it. Yay team!

Then the heavy lifting began. The dialogue was by far the most challenging to learn of any I’ve had to tackle in my career. I’ve handled medical speak - but found that legalese was much more alien to my brain and I wasn’t soaking it up.

I looked up five million words, Googled legal terminology until the cows came home - and called a lawyer friend to save my ass. I worked days and days and still wasn’t as rock solid on my lines as I usually demand of myself. But I did the best I could - and left the rest up to the Gods.

As I said above, a guest star role is a very specific animal. You have a pretty hefty job to do - with actors who’ve been working together for years. The cast/crew are a tight, well-oiled machine and you have to hit the ground running.

And sometimes you’re met with the likes of major stars (Viola Davis, Dennis Franz, Mark Harmon, Maria Bello, Joe Mantegna, Patricia Arquette) and have to remind yourself that they are just actors, like you - doing their job. They go up on their lines, they struggle with blocking, whatever - and they have moments worthy of their Oscars and Emmys that you sometimes get to witness in the flesh. You’re in the trenches together. You belong there. They hired you because they knew you’d do the job.

That job, as far as the story is concerned, is often predominantly to push information out - exposition. But that doesn’t mean you’re a potted plant. You have to inhabit your character as fully as possible even though that character may never be seen again. They have a past, a present, a future, a point of view, something to accomplish, etc. It’s your artistry that makes them breathe.

And then you hear “that’s a wrap.” Your work is done. Time to celebrate. You’ve run with big dogs for the day. And if you kept your eyes wide open and your ears perked you’ll go home with sharper tools in your tool chest and a wonderful sense of being exactly where you belong. You were a part of the dream machine today. You did well. Onward and upward!

Please reach out if you’d like to chat more, have a virtual cup of coffee or need help in any way. This community is a great space.

Thank you for sharing your experience:) it was really lovely to read! I’m a UK actress, but would love to grab a virtual cuppa and chat with you at some point. This time has been such a blessing for connecting with people all over the world. Love it :)

Hi Carolyn! Glad you enjoyed the read. I'd love to have a zoom coffee with you. Weekends are better for me. How about you?

I agree with Carolyn, thank you Robin for sharing. And yes, I would definitely love to have a chat and learn more from you!

Hey, Robin Karfo! This is an amazing reflection on an incredible experience - thank you so much for sharing! One foot in front of the other is great advice!

I will totally DM you for that virtual coffee date!

First, congratulations on getting it and nailing it. Since Viola Davis played a lawyer/professor, I will offer advice from my professor stand point. Why not ask Viola and/or Ms. Rhimes for resources. I watched Ms. Rhimes speak at the Library of Congress Bookfest a few years back. I believe she would be open to it. Viola has been playing the role for years and probably had a wealth of great resources. She had acted with other actors who had played the role that you did.

Tasha, funny you should mention Viola because during a break I asked her how she studies her lines for the next day while shooting those incredibly demanding hours. She said she uses the rehearsals to anchor them down. She also told me that scenes like I did with her are the hardest to master because they are not tied to an emotional life, usually - thus making the legalese really difficult to digest. When I heard that, I knew my struggle was not unique and also what the root was. As I said I did my own work looking up words, googling for the legal parameters of what I was saying - and finally consulting with a lawyer. So I think I covered my bases.

Robin, just offering some tips from a professor standpoint. When I tried to master certain languages I used "intercambios" exchanges where myself and professor had private lessons or natives met at a café and chatted using specific vocabulary or like most places I studied the suggestion was to get a native boyfriend and practice. (Smile) Glad you nailed it and it was successful.

Great story! Would love to connect!

Weekends are nice and flexible for me, so they are also a good time for me to have a zoom coffee.

I've dropped you a network request, so we can make a date.