Animation : Are today's mainstream cartoons lacking something? by Zane Wickman 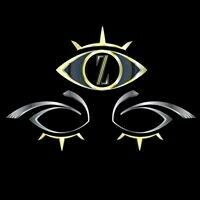 Are today's mainstream cartoons lacking something?

QUESTION: When compared to yesteryear (esp. 70's, 80's and 90's) are today's mainstream cartoons/animations lacking in quality and depth? In my opinion they do; a win-win for Production Houses and Execs that just want to make easy money on junk, not for those that have real gems that are passed-up. I have nephews of various ages that watch things across the spectrum of children's cartoons and Japanese anime.

From what I've seen - from these new-age cartoons/anime - is at most bearable, but a lot is mindless and raunchy junk coupled with so-so visuals. Not saying that it didn't exist back then (Beavis and Butthead, Ren & Stimpy, even Loony Tunes) but it seems that 99% of the market now is this bottom-tier stuff and the kids are eating it up; is it because they have nothing else worth watching?

Is this why kids, teens, and young adults are gravitating to Japanese anime shows more beyond the moronic? Even Japanese anime has its flaws (same-old-stories told with androgynous characters wearing catwalk costumes) but far-better than the stuff in the States. Half the time kids/teens are on some device (Smartphone or tablet) and the show is just on for background noise.

I'm not talking about some shows that are blatant about their adult humor and topics (South Park, Boondocks, Family Guy, Simpsons, even Rick & Morty...hell I don't even watch these shows but I see and understand the potential and likability in each), so don't thinking I'm trashy everything of today.

Any thoughts on this? Have you had to "dumb down" your work(s) because of this?

Yes, many shows leave me dubious too, but I wouldn't pin the American ones in particular, nor our contemporary era. I believe media targeting kids have always been mostly rubbish. Why is that? I think many producers have a flawed sense of kids' psychology: they genuinely think kids are "kind of dumb". So they tend to produce dumb shows: visually poor and underwritten stories, with shallow, sometimes offensively empty-headed characters. Of course, as you put it, it's also a money issue, as it's easier and more profitable to produce 100 dumb episodes than 10 carefully thought-up and well crafted ones.

It is sad because these shows must surely feed a vicious circle: you can actually end up "kind of dumb" if you're addressed to as if you were. For my part, I believe kids should be taken seriously, not as consumers but as curious brains. They don't understand everything but they are eager to, so it's important some people go the extra mile to deliver clever shows.

But maybe you're right and there's even more junk than before, honestly it's hard to say without a proper study (that would be interesting). Remember the 80's also had these ; ) :

Still, I understand your concern: we live in a world where "from the producers of The Fast and The Furious" is supposed to have a strong marketing appeal (see latest 'Sonic The Movie' trailer)...

From a writer's perspective you can grow a personal ethic and refuse to compromise, or "dumb down" your work as you put it. I'm not against compromise but, frankly, I prefer not writing at all than filling pages with rubbish. It's a personal choice, it's between you and your standards, a matter of integrity.

I think people remember the old favorites and conclude it was better back then because they just forget the rubbish. There's always junk around. Lots of it. When my wife and I went to the Uffizi in Florence there were loads of mediocre paintings. Not everyone was Michelangelo then. Not everyone is Chuck Jones now.

Robin and Steve you both made value points. I personal couldn't stomach the bad of then and now. Still the grey-area was much larger then (a mixed bag of so-so) and an even distribution of greatness and utter garbage. Today that grey is much-much less, the greats are few and the horrid has tripled. And I believe that is like Steve said "...it's easier and more profitable to produce 100 dumb episodes than 10 carefully thought-up and well crafted ones." I think Execs feel at ease dealing with the 100 safe-zone cartoons that are just stupid-bizarre-slapstick-toilet-humor 24/7 yet draw an audience rather than taking a chance with the next Matrix, Avatar...fresh ideas that have substance. Anyway thanks for the feedback, food for thought.