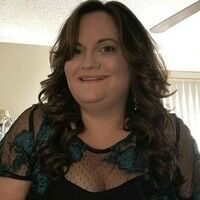 Hey there, watched all 18 episodes and what a ride! Honestly- these stories had a lot of crazy concepts from sex, blood, wars, cats, monsters, robots, space, and more. Be warned that these tales are definitely R-rated if not X-rated. I would best describe the experience as “Black Mirror” meets “Heavy Metal”. The art definitely pushes technology in some instances and in others, storytelling became humorous and compelling. Love to hear your observations and thoughts.

Another series I haven't seen... sounds compelling, thanks for the description.

I love watching films and having chats about them - they are so fun!!

Jean, I've yet to finish watching the full series but so far not too sure about the whole "vibe" of the anthology.

I won't deny it's a visual "tour de force", although if you've played video-games even ten years from now, you would be familiar with the photo-realism style many shorts display. What I'm not really feeling is the general tone: it's VERY boyish, isn't it? Naked ladies, buffed men, and often a "let's fire and shoot the lot!" approach.

Also, I'm a bit disappointed they did not put more effort in the global editorial line: 'Death, Love and Robot', ok, doesn't look too complex of a brief... so why is there shorts without robots? And why does the viewing fail to spark reflection on AI, cyborg sex, a monitored reality, transhumanism...?

I truly had high hopes when the project was teased, because I love animation, because David Fincher was involved, because it was made by very talented animators. I thought "Now that's an animation showcase, and with Netflix it will reach a very large audience". I believe there's room for genuinely great entertainment with animation, blending smart storytelling and visual wonders, and not relying on shock value for the sake of it.

Remember 'Animatrix'? It was also a visually pleasing science-fiction animation anthology, with love, with death, with robots. But so much more rewarding intellectually! The Washowskis knew what ideas they wanted to play with and came up with a very deep and timeless collection of shorts.

Don't misunderstand me, there are brilliant work here. Just feeling it's an impressive project overall but not very clever.

Here are my reviews so far:

- 'The Witness' visually groundbreaking, the kinkiness in the club quite well played, going with a freakish strip scene much more interesting than the bland eroticism of 'Beyond the Aquila Rift' (consider this my review for this one ^^...) ;

-Three Robots' has good dialogues and I enjoyed the interactions between the three robots ; I'd say it's the "smart kid" of the anthology for me so far; the twist is deceptive though ;

- 'Sonnie's Edge' is pure video-games cinematic ecstasy; I loved the beasts design, the fight, and won't judge the inexistent story

- 'Sucker of Souls' has a great 2D style but really lacks a proper development, a missed opportunity in my opinion

- 'Suits' : not a big fan of the animation style and a very basic "human versus alien through portal" storyline; I found the dialogues underwritten, a collection of cringey one-liners

- 'The Dump' doesn't overdo it: compelling animation style for a short, and a simple but well driven story

- 'When The Yogurt Took Over' is a breath of fresh air in the program ; a little absurd tale, nothing amazing but a welcome pause from the gore

- 'Shape Shifter' : maybe it's the whole US army thing (although I loved movies such as 'Zero, Dark, Thirty' and 'The Hurt Locker'...), but I found it to be the weakest short; for me it's bland on every aspect and the gore tries to redeem the show. It doesn't.

- 'Good Hunting' might be my favorite so far; it is a bit awkward in its narrative execution but is generous when it comes to world building; it is a bit naive but we actually FEEL something for the characters; it acts as a pleasing pilot leaving you to want for more.

First, I found it visually gorgeous and original.

Second, the story is well written, alleluia! From my perspective, this is exactly what a short film should deliver storywise. Nothing too complex but a "casually smart" concept. Here, the story works as a loop, a narrative technique far from groundbreaking but always satisfying for the viewers when well executed.

'Zima Blue' is a work very true to "short-story", as a literary practice: don't overthink, let it flow with surprises, and get somewhere with a wink.