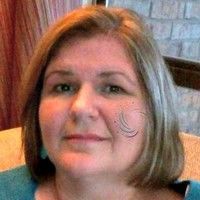 I was surprised to find my Facebook feed filled with criticism of The Walking Dead, a zombie apocalyptic drama on AMC that just finished its fifth season. I expected a lot of excitement over tonight’s finale, but I didn’t expect anyone to outright say they hate the show. Who could hate The Walking Dead? When I read the posts more carefully, I realized the criticism was coming from people who didn’t watch the show. A few of them had watched one or two episodes. One of them had even watched an entire season. But the vast majority of the critics were people that said they weren’t into zombies and thought the show was stupid. Okay. I get that. Because that used to be me. I wasn’t interested in post-apocalyptic drama and zombies, either, but my son recently got me hooked. I watched all five seasons over spring break and now it’s my favorite show. Here’s what I want others to know: It’s about so much more than zombies. It’s about what kind of person you will be when faced with horrible choices. It’s about a shifting moral compass and about crossing ethical lines. It’s about the complexity of character–how just about everyone has an amazing side and a terrible side. It makes you compare their conflicts to the real world and see that there are more parallels than you’d expect. It asks you, “What kind of person are YOU?” And I love that. I love shows that invite self-reflection. That’s what this show does. And tonight’s finale really drove those self-reflective questions home. When Carol holds the knife to Pete, when Glenn points the gun at Nicholas, when Sasha trains the automatic on Gabriel–these moments show characters pushed to their limits in extreme circumstances. As they point their weapons, you are asked, “What would you do?” and “What do you want them to do?” which leads to “What kind of person are you?” In all three cases, the characters choose forgiveness and compassion. Carol tells the coward and bully that he should “play his cards right,” and the fact that she didn’t stoop to his level and hurt him made her triumphant. Maggie’s loving hand encircling the hand of Father Gabriel’s brought me to tears. I hated that character for his selfishness and cowardice until I saw Maggie and Sasha holding his hands in a prayer ring. Then I realized that I wanted to be that kind of person, too. And as much as I wanted to see Nicholas die for what he did to Noah, it filled me with all kinds of good feelings to see he and Glenn helping one another back inside the wall. These acts, however, are contrasted with the grand finale scene in which the Alexandrians have gathered with the rest of the community to discuss Rick Grimes. Rick is late to the meeting because walkers broached the gate after Father Gabriel failed to close it properly. The dead walker Rick brings to the meeting helps him make his point that the Alexandrians aren’t ready to live without Rick Grimes. And when Pete busts in drunk and kills Reg, Deanna finally agrees. Rick obeys her order to execute Pete just as the life-preserving Morgan finally arrives to witness the act. Morgan’s appearance introduces a new moral compass by which to judge Rick and the others. Morgan’s expression leaves no doubt that he is appalled. Should we be, too? After all, Reg’s death was an accident. Yes, Pete is a drunk and a wife beater, but he’s also a doctor, and according to Jessie, he’s been rehabilitated once before. These moral questions that provoke self-reflection, the constant high stakes (one never knows when one’s most beloved characters might be killed), and the unpredictability of each episode (I really thought Rick would be exiled), make this ongoing drama intoxicating and addictive. If you're a fan of the show, would you agree with my assessment? And if you're not, have I convinced you to give it a try?

Hi I agree. When this series was shown in UK, initially I didn't tune in. Zombies not my thing. But once I had the kitchen door open while doing the dishes , and found myself "listening " to a cool conversation. The characters sounded intellectual, caring, and the plot sounded exciting. I thought it was some psychological drama, poked my head around the door, and was surprised it was a Zombie series. I think in the Walking Dead, the Zombies were he background characters, and the human relationships the core.

That's a great way of describing the zombies. Although they provide much of the major conflict, they are background characters (unlike traditional antagonists), and often humans are more important sources of conflict than they are.

Eva - I love this show. I completely agree with your assessment - its about relationships and hard choices. It's also about grey lines becoming white and black.

Thanks for mentioning the relationships. I didn't even touch on that, and they are so important to the show. This show is about family and protecting that family. People surfing through the channels might not get that.