Anything Goes : Rufus wainwright a washout (in perth!) by Katherine Summers 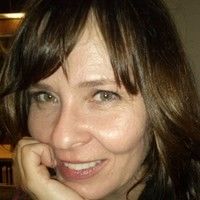 Rufus wainwright a washout (in perth!)

The Concert Hall is a comfortable gig as music venues go; the sound is great, the plush seats snug and a position front and centre a promising start to an evening’s musical entertainment. Canada's Rufus Wainwright had come to town. The hype was that he was a ‘genius’, Elton John rates him; he’s put Shakespeare’s sonnets to music and likes opera. On paper, there was a lot to love about Rufus. The evening started with the support act: Lucy Wainwright Roche, who was quite chatty and who regaled us with some forthright, pleasant stuff. It was a nice start, no more nor less, and then THE Wainwright walked on stage. If you were to imagine a chef, who has all the right ingredients assembled to make a great cake, but somehow when the cake is baked it comes out all wrong. Wainwright can hit a lot of notes, he can play a mean piano, and he writes songs, but he just misses THE mark, and misses it over and over again. If you think ‘Eleanor Rigby’, or ‘Penny Lane’ – really simple songs about everyday stuff, but they work and they work brilliantly. Likewise, Wainwright writes about everyday occurrences but his lyrics and music are all – what? Mistimed? Off? Wainwright hasn’t got ‘it’. He is ersatz; the rest of the world may be fooled by a voice, technical skill and some truly appalling lyrics (saving Shakespeare). Let me think, what rhymes with "Jericho?" "Blow!” Readers will be aware of Wainwright’s performances of Judy Garland’s work; perhaps the most famous being ‘Rufus Does Judy at Carnegie Hall’ (2006), so it was inevitable that Judy would make a brief appearance and provide the show with some comic relief, and this might be viewed as a ‘high point’, if there was one. The Litmus test came, when Wainwright and Wainwright played a rendition of Hallelujah, the Leonard Cohen classic. (Now there’s a guy, who can write a good lyric!) There have been many, many renditions of this song, and let’s not forget KD Lang’s wonderful version at the 2010 Winter Olympics. Here is a composition, in which is hard NOT to affect an audience if done right. During this performance I felt nothing, absolutely nothing – and believe me I wanted to be moved, I was desperately hoping for that transcendent ‘moment’. Half way through the concert, I wanted Wainwright to stop singing. He doesn’t have that ‘special tone’ which all great singers, including Garland have. What you get is a kind of monotonous bombast, which is very, very far from the ‘real’ thing. By three-quarters of the way through, I seriously contemplated leaving the concert and by the encore, I wanted to stick forks into my ears. It didn’t help that Wainwright inferred that Perth was so unimportant a town, that it was an OK place to ‘practice’ in. There were those who had paid a great deal for a front seat who might not have appreciated the comment. Personally, I don’t mind a work-in-progress, or the artist-at-work, but it’s not necessary to insult your audience. At the end, the fans clapped enthusiastically, I was in a minority it seemed, although I did see some people leaving. “Really?’ I wanted to ask incredulously “Really? You’re duped by this?” I could name twenty recent, live performances of artists with less ‘technical’ skill but who had more natural instinct, timing and HEART. I’d have preferred to sit in the concert hall, listening to the silence, that’s the truth.

Shame on him -- to insult an audience who paid good money for a ticket! Nasty slap in the face.