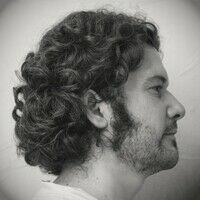 I hated Eszterhas's films as a kid, but as I went to the movies almost every week (sometimes twice or three time) I couldn't avoid them. I remember being extremely disappointed in Jade, after hearing great reviews. When I realised all the films I most despised (Jade, Showgirls, Sliver) were by the same writer, I expected to detest his book.

But, this is not like one of those plotless movies. In fact, it explains some of the changes from his original scripts. And, after reading this, I saw his much better work "The Music Box."

Eszterhas was typecast. Like many screenwriters, he didn't win a contest, he didn't even want to write screenplays, but was recruited after being a successful journalist and novelist.

There are some graphic parts of this book, but it is paced so you can pretty easily skip over them. The main lesson for filmmakers is that 1) many producers don't ever read a script. 2) a great script can be destroyed. 3) everyone wants to be a screenwriter 4) producers, directors, crew etc usually don't know how to write screenplays. But that doesn't stop them trying to muck with scripts.

He indirectly admits to many writing mistakes too.

Ezsterhas, (assuming that is the correct spelling) probably should have tried to get a five picture deal and then brought other writers and their scripts in and oversaw their creation. He might have been more effective as the middle guy rather then the writer guy who kept having his work changed.

Alessandro, obviously, you didn't read the book, and have no idea what he was doing it for.

Vasco Phillip de Sousa. I know who Ezsterhas is, I read a couple of articles about him years ago and he grumbled about how his work was changed and that it got to the point where it became more about the money. My point is if he had brought in other writers he could have served as a go between and maybe even have gotten more respect then he seemed to feel he was getting.

Alessandro, if you read his books, you'll see him tell a cautionary tale of someone who subcontracted writers, and the trouble that led to.

He was recruited into the industry. He's not a producer, but a journalist/author who ended up writing scripts. I don't think he would have been interested in overseeing other writers' work. That's an entirely different thing to writing. (Some writers become producers or directors.)

As for the "Cliff Notes versions" well, all I can say is I've read sloppy journalism on Slate before, so I won't bother. It's like, reading a biased travel article, and then claiming you're an expert on the country.

Other topics in Read a Good Book Lately?: