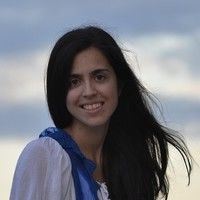 This query is for a loved one who's currently self-teaching in songwriting.

To all those well-establised creatives out there in songwriting and producing, could you send my way links and/or names of schools to learn in songwriting and music production please? Here at home we're not exactly well catered in venturing that medium let alone learning it. This loved one needs this and it would be a waste to see left to wonder.

So, links and/or names of academies. Be it online or on location or both, all three would be great.

Anything you can throw at me that's worth it.

I can't speak for outside the U.S. and it also depends on exactly what you are looking to learn. Your request spans two very broad area - audio engineering and write songs which overlaps with general composing. You also need to determine if you want to want to take formal courses for a degree or just take courses, or perhaps just read books or watch youtube video which teach various things. It will also depend on your budget.

Now last night I watched two films / biopics that showed the diversity of ways you can approach songwriting - first there was the biopic on Brian Wilson (of the Beach Boys considered one of the top pop songwriters of the 20th century). My understanding was he was totally self taught. BTW - my understanding was that Irving Berlin, again one of the most well known songwriters of the 20th century could not read or write music. Then I watched "Rocket Man" about Sir Elton John who followed more of a 'traditional" path learning classical at the Royal Academy Of Music.

The basics of audio engineering is learning about the software tools (which often have user manuals and tutorials) and the design, constructions, and setup of studios. You can definately take a formal academic route, learn by reading and seeing, and/or intern in a studio and learn from others who are doing.

So as you can sort of discern here, books can be written just to answer your question. And there is no single tried and true solution. Alot of it has to do with the way you learn and your budgetary constraints and limitations.

I went into the composing business in 2003 by signing up for the same courses that students would take for a degree in music. I went through the standard 2 years of theory and ear training and then took instrument lessons and learn how to compose for orchestra by section. So while my original instrument was piano, I spent 3 semesters on violin to learn string quartets and then ditto for woodwinds learning clarinet. Sort of learning by living with the natives. Iearnt multipart harmonies by first transcribing music of the 30s and 40s for a big band (5 part trumpet, sax,, and trobone plus rhythm section). Then I took composing classes to create my own 'sound' which spans classical, film, and jazz. I still to this day take classes and write both film and live music (this was performed 4 days ago which I wrote the previous week - www.soundcloud.com/joelirwin/luna).

From an economic point of view I was blessed with a local 'community college' whose courses and faculty (Houston Community College) was on par with the four year colleges (though not as famous as other local schools like Rice University). What I liked was I didn't have to audition to get in, I didn't have to go for a degree, and initially my semester costs were between $1,000 and $1,500 (US$) - thousands less than full 4 year colleges. Now I am taking classes for FREE since the state of Texas allows me to take up to 7 credits of classes for free (as I am over 65).

I did for a while consider Berklee School Of Music (in Boston) which is a popular choice of those here in Stage32. But it can be expensive and it would be virtual as I do not live near Boston. Instead, I listened to a lot of different genres of music - both in and out of film - wrote both my own works and transcribed and arranged others, and studied both others scores (full orchestra scores), played jazz lead sheets of standards.

Hope this helps give you at least some perspective. Learn the rules and then you can decide what to keep and what to throw away. All the songwriters and composers - even the best ones 'borrow' without 'plagiarizing' - even Mozart, Beethoven and the Beatles! :) You need to decide what types of music are your passion and pleasure and how you want you music to sound - like others, unique, or perhaps you even what to forge a totally new genre - be happy with what you are doing, be your own best fan, don't be concerned about the competition other than to fully understand where you want to fit in the mix. Your a content creator - you will appeal to some and not to others.

Joel Irwin Thanks for your reply.

I suppose in most of our crafts, experience gains us more muscle than how many pages given to our resume or what schools we've gone to. It certainly helped me personally gain perspective, so thanks.