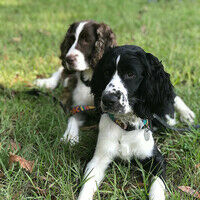 I've talked about this some number of times over the years.  This is an 'opinion' post based on my own experience over the years.  When I first started out, I knew scoring the music was about supporting the action of the film, but my 'ego' was still 'active' (more than today I hope :) ) and so from my vantage point as composer, when my music was mixed into the audio track, I wanted to be able to hear it.  It used to really bother me when the music was mixed in so low that it could barely be heard.  Not only was I bothered because I felt my 'contribution' was not being properly recognized and used, but I also felt that as the score mix got mixed really low, it was not possible for the listener to hear the intricacies of all the instrumentation and arrangements and so I began to question why I spent all that time scoring all those instruments with all the complex melodic, counter-melodic, and percussive / rhythmic sections.  Why not just write a piano or synth line and be done with it with less time and less expense?

Well, there are many issues that I could discuss concerning the above but I wanted to mention one in particular here now - scoring behind dialog.  When there is dialog in the scene - that is what the viewer should be concentrating and listening to.  Most of the time, there is no supporting music, but when there is, its NOT ABOUT THE MUSIC - it's about the dialog.

I remember over the last few years sitting in the audience in the theater where one of my scored films was showing and cringing when my music played in a scene with dialog.  I kept saying to myself "too loud", "too loud".  What seemed like a great idea to mix in the music in post ended up too loud.  I would tell the director next time we mix a score it needs to be mixed lower and often I would hear the score was mixed fine.  They are the Boss.  I am glad they were happy, but I continue to self-talk "too loud".  The music was supportive but also imho distracting.

I thought about the above today.  There was some Facebook chatter about the 2017 film I scored, "The Last Command" which I was nominated for "Best Score".  I heard it is now free for Amazon Prime people, and so I watched it.  Perhaps I was a bit more sensitive because I was listening on Bose headphones.  But throughout the film as I watched it, all I can think to myself (having seen it a gazillion times before) was "too loud".

My takeaway from today was I can personally mix the score anyway I want for online posting of the track or a soundtrack album, but when it gets mixed in, the editor (and director) need to insure when there is music behind the dialog that it be mixed in low enough that it SUPPORTS but not DISTRACTS.