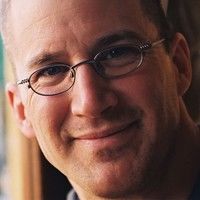 https://www.buzzfeed.com/keelyflaherty/slates-for-sarah-is-hollywoods-heartwarming-response-to-crew
Sarah Jones was working on a film set last Thursday when she was struck and killed by a train. Her family and friends created Slates for Sarah to honor her life, and it's truly awesome. Her friends an…

Very sad and tragic for this young lady, Sarah Jones, and their entire crew. They were filming the Gregg Allmon biopic. CSX won't allow them back out onto the track now. This happened in my area, so thoughts and prayers go out to all those families who were affected.

I am also that older head on set,and its easy to be accussed of moaning when you see scary things,its as if each filmset needs an independent overseer to put the brakes on when necessary,as at the moment film crews still have a misguided judgement on their place in the world.We are here to entertain,thats all,and the market forces and the millions involved have made it a dangerous playground.