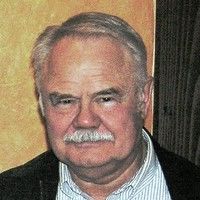 I'm not sure I should post this on S32, or if I can – in what forum (I'm not hiring anyone). As some of you know, I'm involved with a couple little local cable networks and it's become abundantly clear to me that they have no/very little worthy program content. After a few years here on S32, I've become aware of a number of new/upstart Indie Filmmakers who are stymied when it comes to screening their work without paying a fortune and gambling their hard earned money on some film festival.

It seems simple to me: I got a network with no content, you got a film with no screening – why not put 'em together? (Seems logical to me.)

I'm developing a program called the Indie Filmmaker Showcase as a prime time weekly. I'll start with a half hour slot and grow from there or trashcan the whole notion – depending on participation. What say you? I've done it before on my NW Independent Filmmaker's Showcase, but I discovered that we don't have enough filmmakers here in the NW (who weren't so ashamed of their work as not to want it screened) – I trashed it then but I'll give it one more try. There will be all sorts out there in the peanut gallery who will say that it can't be done for all manor of reasons (real & imaginary). Maybe/maybe not, but let's try...eh?

So, anybody want to give it a try? Let me know.

Hey Doug I really hope this kicks off. Who could look this gift horse in the mouth? I won’t have any new shorts ready until August but if your channel is out there and up n running will definitely participate. The peanut gallery, well they are small LOL

Hi Doug, that sounds like a fantastic opportunity. I'm working on a pilot now, but it own't be ready until June at the earliest. Unfortunately it won't fit in your time slot as it's a 1.5hr show not really designed for that format, but if my schedule lines up with yours maybe we can work something out.

I think this is a great idea. I am currently in development stage on a feature film project which wont fit your specs, but if your program is still in circulation later this year I might either know of projects that could fit or may even be involved with one. I hope this works because it's ideas and programs like yours that offer the exposure that is sometimes needed to get traction.

Hey Doug, I have a few tv pilots ready to go. Where can I e-mail them or what is the next step? Thanks...Bryan c

Bryan: have they been shot/edited and ready to go? If so, I'll accept your invite; if not, I won't. I prefer them in .MP4 file format (but I am flexible) Give me a little more info, genre, RT... Thanx

Doug - Sounds like a great opportunity. What about people who have a web-series? Would you consider material like that?

Sounds like a great idea. I'm not good with shorts but I have a few talented friends who are and have some. I'll let them know. Keeps us a posted.

Sounds good! Is there a deadline?

Hello Doug. Thanks for posting. I have several shorts and links to share with you and sent you a message. Cheers.

Richard - gotta see it first, you got a link? Rob, yeah just let 'rm know. Oscar; no deadline. Casey, if you sent me some links, I'll take a look.

All right, there's a short I'd like to show but we're still in post. Once it's done, I'll send it!

Copy that and thank you, Doug!

Casey, got 'em, thanx. I'll run one in each week's episode.

I represent a library of nearly 50 short films made by northern Nevada filmmakers, myself included, that would probably fit into your network nicely. There are a few F-bombs, but they can be bleeped if absolutely necessary. A tentative, "Count us in," but contact me please so we can further discuss details and such.

Doug Nelson Brilliant! Now I've just got to get my two shorts made. But if your project is ongoing, I know who to reach out to when ready! Congrats and good luck in this endeavor.

Scott - I declined your invite because you are in Bisbee AZ, not Nevada and you have no bio.

I would love to introduce your good selves to my friends in Lahore, Pakistan who are graduates of a filmschool. They have numerous graduate students who have a diverse range of topics. Out of these, many you may find up to the quality for cable broadcast?

Also that, there are numerous filmmakers in Regina, Saskatchewan who are really pushing boundaries of cinema, content wise, that I will be very happy to introduce your good self too.

Tyler - Thanx, it's in the pipeline, should be screened in about 2 weeks.

Thanx guys, I got enough stuff to keep me busy for a couple of weeks (I haven't shot the intro yet). I'll put a call out for more shorts in a week or so.

Doug - when you get the chance, here's the link to "Nobodies of New York"

How many episodes do you have? I'll send you an invite & we can talk. Thanx, Doug

I'd be willing to put my new short in if you're interested!

Hi one and all. I've got a solid three weeks of 'stuff' to work with right now, so I'm not looking for more 'stuff' to add to the mix right now. If & when I pull all this together and get the show up & running; I will be asking for more material. I'm trying to keep this showcase focused on sponsoring S32 filmmaker's work. Keep it flowin'.

I ran a screen test on myself - I'm just getting to old and ugly for this. I'll begin looking for a host pretty soon.

If I had a television network or online service (i.e. NET FLIX, HULU, etc.) I would in a heartbeat, no question about it. I've worked throughout the industry (mainly in video games, with musicians, and as a graphic & traditional artist) and I've seen great stuff from "no name" talents get passed-up for idiotic reasons (pride, no track-record, too unique - can't measure risk VS. reward, arrogance, lack of vision...). I've stopped watching television all together, don't have the time and I lose interest in the sea of copycat content; i still enjoy going to the movies but not as often.

I typically find myself on Social Media & YouTube, checking out the videos by the public, mostly the funny or circus-like stunts. I have found some very cool indie shorts that make me say "Man, I wish this was a show or movie, I'd watch it!" or "Why hasn't anyone picked this up for a major motion picture?!" If you host a network full of good to great shorts I'd watch, I wish I had a film-short to send you to. I'm love to see someone produce a series with episodes that were no more than 15 minutes long, no-filler, all grade-A content. Regardless a platform like this will allow the "Diamonds in the rough" to shine, and there are plenty of diamonds out here just waiting for a chance. Do it :)

Zane Wickman : Right on the target. I do not watch TV anymore for the same reasons...

Zane, maybe/maybe not; but I'm sure as hell gonna find out just how many Diamonds are capable/able & willing to shine. Grade 'A' content is hard to find (I have a little), but I'll keep looking for awhile.

Hey Doug Don’t look for new host! The “Brain” wins all in this game.

Dang Doug! LOL Reckon you fishing for compliments with “Too old and Ugly”. Reckon you want answer “Chiselled featured producer who can do.”

Sir but does the following short qualify?

Sorry Sir just re read your post. I will look for 10 minute films, can 12 to 13 minute qualify? Or strictly 10 minutes Sir?

I shared your post on Facebook, Doug Nelson .thanks for what you’re doing. U rock. I hope to have something for u soon. All of my work has f-bombs. Gotta fix that!

To one & all; it's a half hour time slot on a couple of PEG networks. So there is no advertising (and thusly no money). I need about 2 min for intro/header (28 min left). I like to include three films per episode with two longer films separated by a short film. So a 10 min RT, followed by a 4 min RT, followed by an 8 min RT film (22 min total) is pretty good in that it allows time for brief intros. Obviously the format changes for each episode, but it has to fall in that 30 min slot. It's a jigsaw puzzle but it doesn't take a lot of rocket science to figure it out.

I'll talk to you all in a couple of weeks when I'll need more stuff. Thanx

Hi Doug! What a great idea! What about music videos? Also we are working on an indie movie...:-)