Filmmaking / Directing : The heart is a lonely hunter by Larry Kostroff 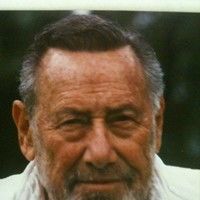 The heart is a lonely hunter

FILMING IN SELMA, ALABAMA Whatever racial tension exists today is mild compared to the early days if the Civil Rights Movement. I was thrust into the red hot center when I became the Production Manager for the filming of The Heart is a Lonely Hunter—based on the Carson McCullers book. Taking the production company to Selma, Alabama to film was a chancy choice since it was a mere 2 years after the famous Selma March, where Martin Luther King and the marchers were refused entrance into the city by the State Police. Further, the racially mixed cast added a sense of jeopardy to the production. My role as Production Manager was to ensure that the filming went as scheduled. In spite of the fact that the legislature had just made segregation illegal, it still took a National Guard escort for a little black girl to gain entrance into an all white school. My first challenge was to assure the Chamber of Commerce that our choice of Selma was purely aesthetic; there was no intention of taking advantage of its negative reputation. They were relieved. Then, when cast member Cicely Tyson phoned from Atlanta that her connecting flight was cancelled— being Black and stranded in the south, she was a jumble of nerves. I chartered a Cessna to bring her to town in time for the next day’s filming. It took several days for her to regain calm. Then, as a means of avoiding the new anti-segregation laws, the local restaurants all became Private Clubs which only admitted members. We finally persuaded the local military post to allow our company into their mess hall so that we could, at times, dine together. But there are always marvelous moments arising out of the worst of times. Percy Rodriguez, a magnificent actor,--Black—went into the local pool hall where the racist red necks hung out. With calm dignity, he began shooting pool, the regulars staring in hateful disbelief. In a matter of minutes, being neither antagonistic nor defensive, he won over the bystanders, especially when he began showing them some great pool shots. Finally, I will never forget the night we were filming a Carnival Sequence. It was brutally cold and when the company broke for the midnight meal, the freezing cast and crew lined up in the chow line. A police officer, hired by the company for security, noting the Blacks and Whites standing shoulder to shoulder in the line, uttered a comment which was nothing short of eloquent. Noting the mixture of the races, he said, “This production is doing more for non-segregation than the Congress of the United States.” I feel fortunate for the times I had a front row seat to history.

Echoing what Alle said - Wow. At times you can feel really good about how far we've come from those days; but then events like what has happened recently make it see like it was just yesterday. Thanks for sharing your experience!

Dear Larry, I remember those days well, having grown up in Montgomery. Thanks for posting!

Thank you Larry for giving us this remarkable mirror in time. I love you very much for all that you have done for us to come after you. Thank You!